When Will Shrill Come Back on Hulu? 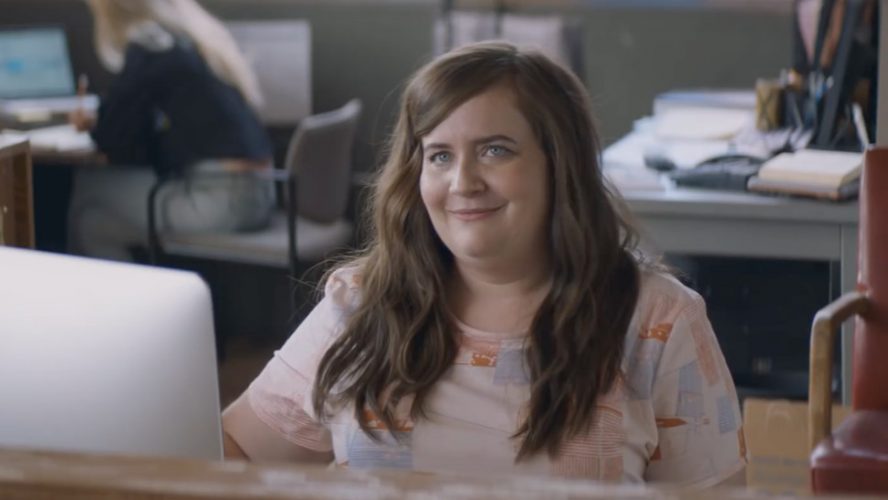 Shrill is an American comedy TV series that has been adapted from the non-fiction book titled Shrill: Notes from a Loud Woman by Lindy West. It tells the story of a young woman called Annie who refuses to do anything about her body but really wants to turn her life around for the better.

If you note Hulu’s history, the platform has been quite impressive with its comedy shows. Hulu released ‘PEN15′, which was received warmly by both fans and audiences alike. With the launch of ‘Shrill’, critics praised the fact that Hulu had shown the courage to produce a show which is not led by a conventionally good-looking actress but features a fat woman who is still willing to live her life to the fullest and go through all the normal ups and downs like bad relationships, trouble with parents, career issues and others. And the fact that she categorically refuses to change her body shows that she is a strong-willed woman who does not feel ashamed of her physical features.

As you can guess, season 1 managed to attract a lot of viewers during its runtime. As a result, the series was again renewed for season 2, which premiered in January 2020. Now, you must be wondering if the show will be recommissioned for yet another season. Here’s all we know about ‘Shrill’ season 3.

Shrill Cast: Who is in it?

Aidan Bryant plays the leading role of Annie, the central character of the show. Bryant is an established American actress and comedian, who is best known for the Variety series Saturday Night Live. She was nominated for two Primetime Emmy Awards, because of her exceptional performance in the show.

If ‘Shrill’ is renewed for season 3, we expect to see all the lead cast members returning to reprise their original roles.

Shrill Plot: What is it about?

Shrill delves deep into the theme of body positivity. Annie, an aspiring journalist, is completely in a mess struggling through several issues all at once: relationship problems, family trials, and a stressful career. However, in spite of all the negativity, she somehow manages to get through life with a smile and a laugh. She also juggles with her relationship with the editor, which to say in one word, is complicated.

The show begins with Annie becoming accidentally pregnant when her pill fails. She considers whether she should have a baby with her hook-up partner. As she makes this decision with the help of her best friend Fran she is forced to think about what she actually wants in life. The show also takes abortion as its subject matter focussing on how one should deal with pregnancy by taking different perspectives into account rather than resorting to shame and regret.

As Annie begins her work and starts dating Ryan, she also starts demanding more from the people in her life, who previously took her for granted. Just as everything seems to be going okay, Annie has to face online harassment from some Internet troll. Ultimately, Annie decides that she won’t allow some random online guy to ruin her life. She also brings Ryan to a work event with the aim of introducing him publicly.

We witness how Annie’s approach towards life changes when she goes to a “Fat Babe Pool Party”. She now wants to make some serious changes to her way of living and her method of approaching body positivity. She finally admits and says that she is now tired of everybody dismissing her opinions. She is furious with her boss and goes ahead with publishing a body-positive article on the paper’s website, which takes a dig at what it is like to be a fat woman in the world that considers only slim, attractive bodies as perfect specimens.

Season 2 starts off with Annie brimming with positivity. She has overcome her demons successfully, including her mom, her boss, and her troll. Ryan is still with her. Things seem to be going pretty well when Annie realizes that quitting her job was a hasty move. Even her mum’s problems are not over yet — there’s still more to come.

On the relationship front, Annie wonders if Ryan is really the right match for her? While she is extremely focussed on her career, he is not. On the other hand, Fran is dealing with a breakup and is attempting to understand what she wants from her life. Hulu sums up the season correctly by stating: “This season Annie is no longer the doormat she once was, but it’s not as easy as she thought to get what she always imagined she wanted.”

One of the excellent developments in the second season is its focus on its secondary characters, especially Fran. The show does a wonderful job of exploring an African-American woman who also happens to be a trans. Another noteworthy change is in the storytelling. While season 1 deals with Annie’s views of personal choice and liberation, season 2 is all about putting these ideals into action. We follow Annie’s journey into adulthood, through her several ups and downs, as she finally takes a decision regarding her relationship with her mum and Ryan.

Shrill Season 3 Release Date: When will it premiere?

Shrill Season 2 premiered on January 24, 2020, on Hulu. It landed with all of its eight episodes on the same date.

If we can point out one drawback of season 2, it would be the number of episodes. Indeed, eight is too small a number. We definitely needed more! But noting the positive responses from fans yet again, we bet we don’t have to wait long. The news for season 2’s renewal arrived a month after season 1’s conclusion. And season 2 premiered around nine months after this announcement.

Hence, if season 3 is renewed (which in all probability should be announced in the coming days) and Hulu follows a similar production schedule, we can expect the third season to debut following a span of around nine months. Our best guess is that ‘Shrill’ season 3 should most likely premiere sometime in November 2020.