When Will Sick Note Season 3 Premiere on Netflix? 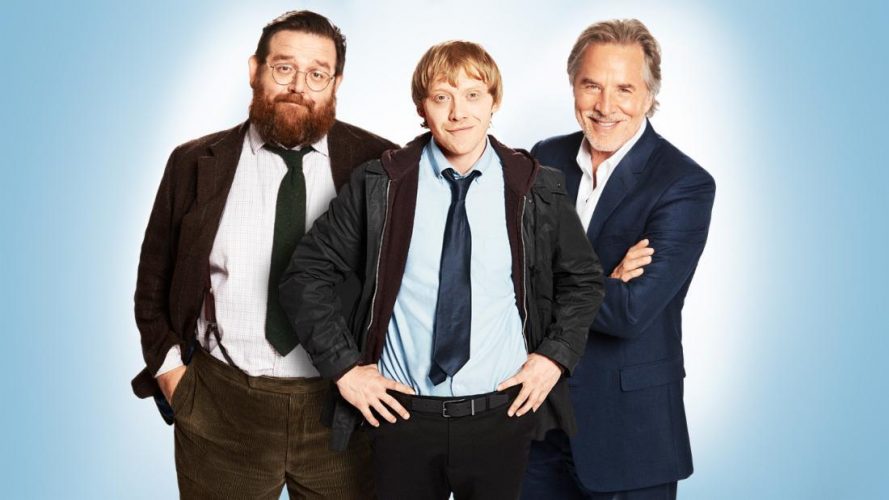 Black comedy is a genre which is gaining a lot of popularity due to the thought-provoking discussion it initiates. Generally, black comedy talks about the things which are considered painful even to discuss. Modern writer and directors often use it as a tool to address various taboos existing around the world. And Sick Note is one such attempt at dark humour by the British television network Sky One. Directed by the experienced Matt Lipsey, the series does due justice to the genre through its format. It tries to make people laugh while talking about a serious issue and is among the more successful efforts at dark comedy in recent times.

Other than the original network, the show is also available on Netflix for the worldwide audience. It premiered on Sky One on November 7, 2017. Even before the premiere of the first season, the second season for the show was renewed and announced in April 2017. Now the question is, will there be a Sick Note season 3? We will delve into that question, but first let’s quickly look into the details of the series.

Sick Note Cast: Who is in it?

Sick Note induces nostalgia of the 90s through its star cast, with Rupert Grint (Ron Weasley of Harry Potter fame) at the centre. Grint plays the role of Daniel Glass, a compulsive liar. He is supported by Nick Frost, who plays the role of Dr Ian Glennis. The famous British Comedian is a household name in his native country and is renowned for his roles in cult classics such as Shaun of the Dead and The World’s End. The two stars are well supported by Don Johnson and Pippa Bennett-Warner who play the role of Grint’s boss and girlfriend respectively.

The already impressive star cast is even further boosted with Lindsay Lohan, who is no stranger to winning hearts like her fellow cast members. The former teenage star is known for her famous movie Parent Trap and Mean Girls. She plays the role of Katharina West in the show.

Considering the star power of the show, it is unlikely for the show not to continue for a couple more seasons. Whenever an announcement regarding its renewal is made, majority of the cast will be expected to return for season 3.

Sick Note Plot: What is it about?

Sometimes, lives become miraculously easier when we lie. Tempting as it may be, the consequences are not pretty as things tend to go wildly out of control and eventually we must do everything in our power to protect that lie, even if that means inviting bigger trouble. With this basic idea in mind, Netflix has a highly engaging story in the form of Sick Note. It is the story of Daniel Glass, a compulsive liar. He has a girlfriend with whom he finds it hard to maintain a relationship and a dead-end job with an irrepressible boss, namely Kanye West.

Stuck in the middle of a horrible job with no foreseeable future and a failed relationship, things can’t get any worse for Daniel when he is diagnosed with oesophagal cancer. As people find about Glass’s condition, they start treating him much better, and this motivates Daniel to be alive to each passing moment. He inspires in him a strong will to live as resentment of suffering from a terminal disease takes over.

Things take a wild enough turn when Dr Ian Glennis, his cancer specialist informs Daniel that he was misdiagnosed with his condition and must no longer count his days. This brings about a malicious idea in Daniel’s mind. He can either go back to his normal, horrible life or continue with the misunderstanding about his disease and enjoy his newfound attention and care from everyone. Daniel goes with the latter.

However, the lie that seemed harmless to him at the time initiates a chain reaction. To hide one lie, he has to make up another lie and then another, and the cycle goes on. When he can no longer lie effectively, he is led to commit a crime. Witness this adventurous, exciting ride as Daniel and his lies lead to an unfortunate crime.

Sick Note Season 3 Release Date: When Will It Premiere?

Sick Note season 2 premiered on July 26, 2018, on the British network Sky One. It later became available throughout the world, with both seasons, on November 23, 2018 on Netflix. The first season had six episodes whereas the second season followed with eight episodes.

The renewal of Sick Note has not been confirmed yet, but given its popularity, it is only a matter of time. Our best guess is that Sick Note season 3 might release in early 2020. We will update this section as we hear more.

While you wait for announcement on the third season, you can watch the trailer from its debut season to get a taste of the show: