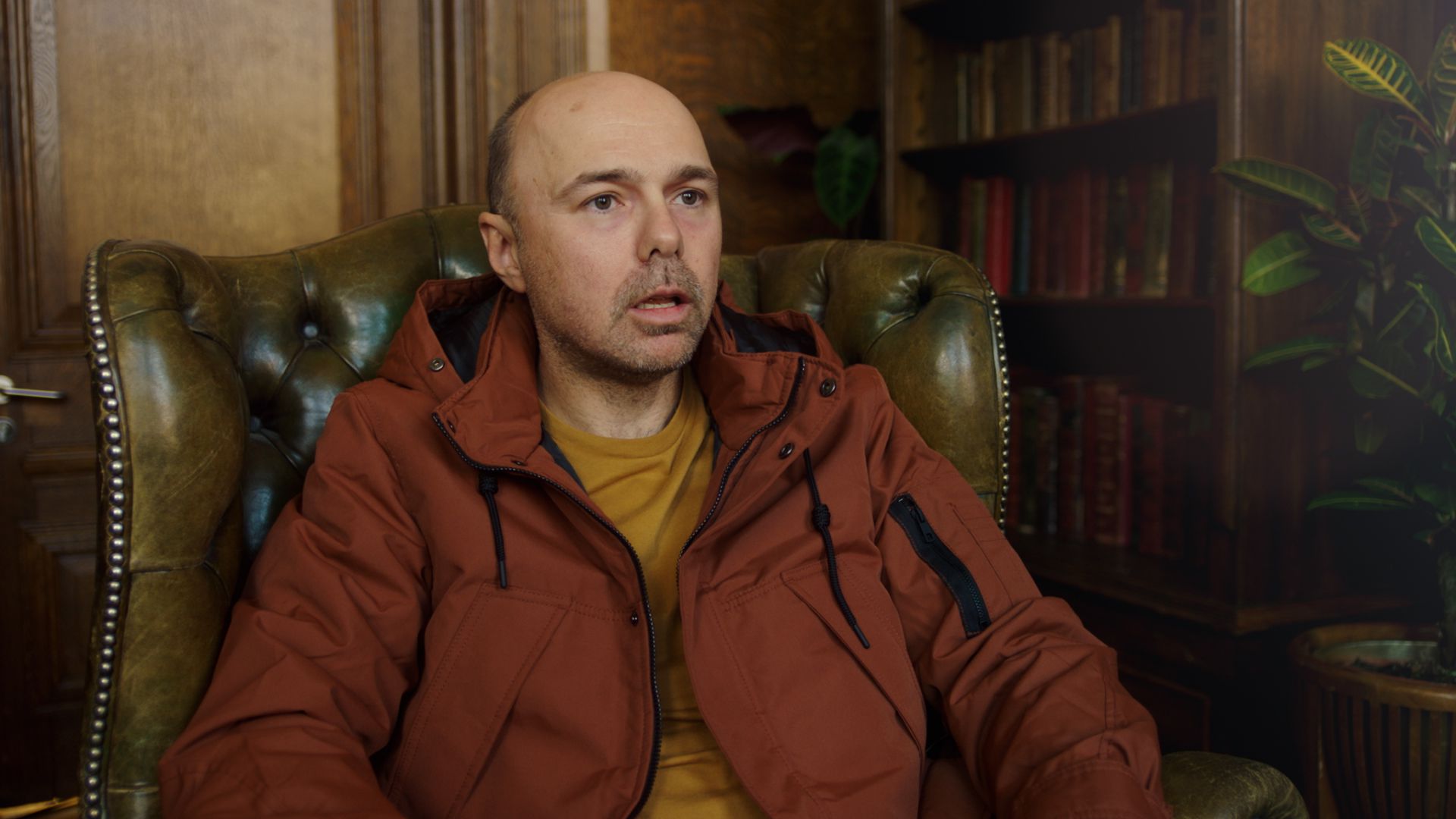 What is ‘existentialism‘? Well, it’s a branch of philosophy that deals with answering questions related to deciphering the meaning of life. And as you might already know, even the entertainment world is filled with several shows and films that revolve around this concept. But is it mandatory that this heavy stuff needs to be dealt with only via serious, mind-bending titles? Not necessarily. Even comedies can tackle such grave, thought-inducing themes. A genre that primarily deals with this particular subject and has become quite popular recently is existential sitcom. One of the best examples of shows that address earthly issues, spirituality, and the purpose of our lives is definitely ‘The Good Place‘. However, the list does not end here.

The Sky One British comedy, ‘Sick of It’, closely matches all the criteria that comprise an existential sitcom. Season 1 of the series premiered on 27 September 2018 on the channel. Created and written by Karl Pilkington and Richard Yee, it revolves around Karl and a certain voice inside his head that appears as his Doppelganger.

Each episode follows Karl, who resides in Ladbroke Grove, London and works as a taxi driver. He has recently broken up with his girlfriend Zoe and currently leads a boring, monotonous life after moving in with his elderly American aunt, Norma. As Karl struggles to get back on track, he is accompanied by his constant companion — a voice inside his head. The voice is, in fact, Karl’s alter ego, which openly speaks out his thoughts in a sardonic, unapologetic way, without any risk of causing offense to others. Actually, it is the uncensored true version of our protagonist that expresses Karl’s own string of thoughts, playing inside his head. As Karl attempts to organize his disordered life, the voice continually makes appearances to guide, criticize, or mock his actions and his unconventional approach towards life.

Sick of It Cast: Who is in it?

‘Sick of It’ stars Karl Pilkington in both the roles — the actual Karl and his Doppelganger alter ego. Pilkington is an English TV presenter, writer, comedian, radio producer, actor, and voice actor, who is best known for his appearances on ‘The Ricky Gervais Show’ (which also featured Ricky Gervais and Stephen Merchant) and ‘An Idiot Abroad’. He made his full acting debut with the 2012-released comedy-drama series ‘Derek‘. He has also featured in the travel documentary comedy show, ‘The Moaning of Life’.

Sick of It Plot: What is it about?

‘Sick of It’ revolves around Karl, a quick-tempered cabbie in his middle ages, who has been recently dumped by his long-term girlfriend. Now, living with his aunt, he attempts to make sense of his life and its complications. After his break-up, his only companion is his own inner self and voice that won’t just stay quiet.

The upcoming season could follow the same premise, but this time, we will see a young, spirited care worker replacing the role of Karl’s elderly aunt, Norma. This change forces Karl to further contemplate about how little he has achieved in life. So, he embarks on a mission to get a new job, earn enough money, move out of Norma’s home, and begin dating again. Meanwhile, he also has to figure out how to deal with the new arrival in his life.

When asked about the second season, Richard Yee says, “There’s no one able to express the anxiety and confusion of the modern world with as much wit and humanity as Karl, so it’s a joy to be bringing him and his miserable alter ego back for a second series of Sick of It.”

Sick of It Season 2 Release Date: When will it premiere?

‘Sick of It’ season 1 premiered on Sky One on September 28, 2018. It comprises 6 episodes and was successful in garnering favorable reviews. In the second season, we will again witness Karl as he gets entangled in all types of comic situations, with his inner monologue either helping or ridiculing him through his journey. While season 1’s major focus was on Karl trying to cope up after his break-up, season 2 shall open a new chapter in his life, as he embarks on a quest for a new romance. Although there is no official confirmation yet, the second installment might also showcase other cast members encountered by Karl during his various mishaps.

Sky One has renewed the show for another season. Considering the massive popularity of the show, it’s not a surprising decision at all. Even though no release date has been announced, our best guess is that ‘Sick of It’ season 2 can premiere sometime around September 2019. We will update this section as soon as we learn more.

Sick of It Trailer:

While we wait for release date of ‘Sick of It’ season 2, check out the season 1 trailer to refresh your memories. If you haven’t seen the show yet, head over to Sky to catch all the episodes of the previous season.