Will There be a Sideswiped Season 2 or is it Cancelled? 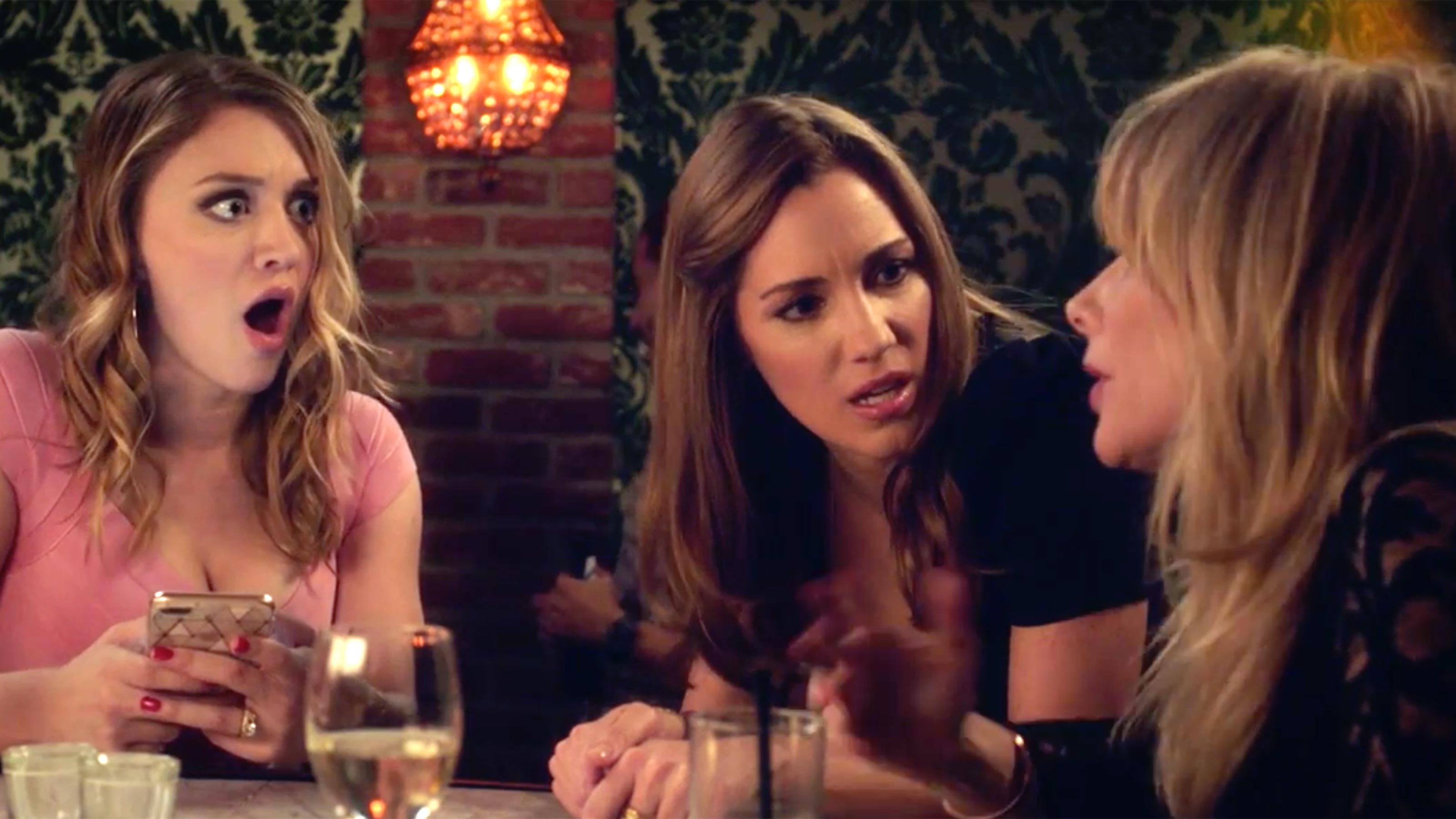 The American comedy web series ‘Sideswiped’ is a YouTube original and revolves around the daily challenges and lives of a 35-year-old single woman Olivia, her 25-year-old sister Jayne, and her (around) 60-year-old widow mother, Mary. Olivia has been a workaholic throughout her life and hence is single and lonely. This loneliness leads her to the doors of Tinder, an online dating app, and she makes her mind to date all of her 252 matches. She is encouraged by her outspoken sister Jayne, and her recently widowed mother, who is now also a part of the online dating app.

Sideswiped is fast-paced and witty as it chronicles the love lives of our three lead characters. The first season of the show was met with critical acclaim. Now, the question is, will there be a Sideswiped season 2? Here’s everything we know about it.

Sideswiped Cast: Who is in it?

The show’s producer and creator Carly Craig also stars as the lead protagonist. The actress is known for her works in shows such as ‘American Housewife’ and ‘The Three Stooges’. She plays Olivia Maple, a career-orientated woman in her mid-thirties, who works as a life insurance broker at Wilson and Hines Insurance company. Maple is frustrated with being single and now wants some romance and excitement in her life, which lacks variety and interest.

Rosanna Arquette, the American actress widely known for her performances in ‘The Executioner’s Song’ and ‘Desperately Seeking Susan’ stars as Mary Maple, who is Olivia’s widowed mother and lives with her. Her husband died of a heart attack during a golf session after a 34 years long marriage. She fights to become a self-reliant person, and to achieve this, she goes on to work at a clothing store, her very first job.

Chelsea Frei, best known by her work in ‘Victoria Gotti’ and ‘My Father’s Daughter’, stars as Jayne Tyler, Olivia’s married sister who has just given birth to a baby girl. Her marriage is slowly losing its essence as she tries to figure out meaning in her life apart from performing duties as a wife and a mother. She has also started to believe that her husband feels no more attraction towards her ever since she gave birth to their daughter.

Sideswiped Plot: What is it About?

‘Sideswiped’ tells the story of Olivia Maple, a woman in her mid-thirties, setting her foot into the world of online dating. She works as an insurance agent at an insurance company called Wilson and Hines. A lifetime of saying no and habitually being a focused and career-minded person she finds herself exasperatingly alone. She is a 35-year-old woman, who now craves for some stimulating and exhilarating episodes in her monotonous and dull life.

Olivia’s life takes an exciting turn when her forthright and quirky younger sister Jayne, on Olivia’s 35th birthday, installs and creates her a Tinder account in hope that this will spur her to go out and meet suitable men, a plan that Mary, their high-spirited mom fully supports. Olivia later comes to know that she has drunkenly swiped right on a lot of men, and now she has 252 matches to deal with. She makes her mind to go on a date with every single one of them, in an attempt to restore her social life and to find a man she can connect to.

Oliva’s 25-year-old sister Jayne is, however, seen struggling with her marriage with Jim, who is a gastroenterologist. With every passing day, her relationship with her husband grows weaker as she suspects that he has lost the zeal in their marriage ever since she gave birth to their daughter Abby. This leads Jayne to flirt with a man on Tinder through her sister’s account which is later discovered by Jim.

Olivia’s widowed mother, Mary Maple, is a vivacious and cheerful woman in her early sixties. After a 34 years long marriage her husband dies of a heart attack during a golf lesson. She is persistent about being independent and self-sufficient and starts working at a clothing mart, her first ever job in her lifetime.

Sideswiped tells the story of these three women with humour and reflection. The female-centric series throws light on the struggles of the 21st century women. While Olivia fights with the situation of not having a partner, her sister, and mother struggle with the challenges that having a significant other brings, including infidelity, and trying to be self-reliant once the married life comes to a halt.

Sideswiped season 1, with eight episodes, premiered on July 25, 2018 on YouTube Premium. As far as the next season goes, we have bad news for the fans. Despite the show’s moderate success, YouTube cancelled the show mainly because of its plan to shift its focus from scripted projects to unscripted reality shows. So, yes, you heard that right. Sideswiped season 2 stands cancelled. That might change, of course, if some other network decides to pick up the show.

Check out the trailer of the first season of Sideswiped.