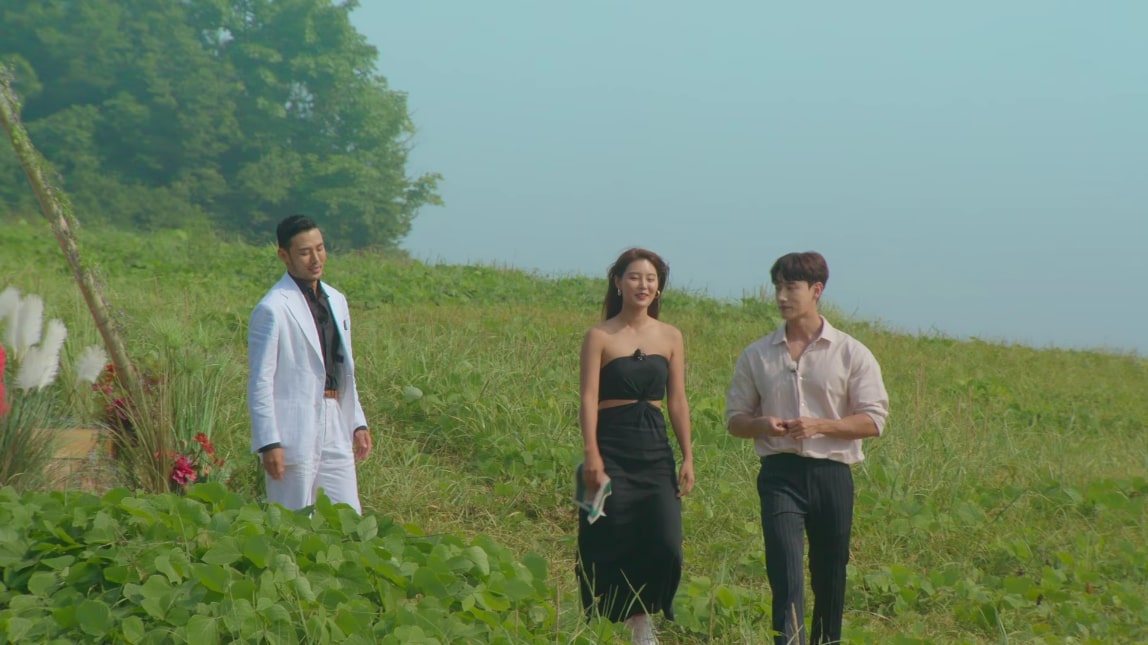 Ready to compete with the likes of ‘Too Hot to Handle‘ and ‘Love is Blind,’ South Korea has debuted its own reality dating series on Netflix — ‘Single’s Inferno.’ In this bold, dramatic, and romantic production, a set of attractive singles set foot onto a deserted island with the hopes of finding “the one.” The catch, though, is that they’re indeed stranded, and the only escape is date nights in “Paradise” once they’ve found a connection.

In the two episodes that have premiered as of writing, we’ve not just been introduced to the contestants, but we’ve also heard about their types and seen the initial connections they’ve established. However, the most exciting aspect is the couplings of Kim Hyeon-Joong and Song Ji-a, Oh Jin-Taek and Kang So-Yeon, and Choi Si-Hun and Shin Ji-Yeon. So now, let’s delve into what episode 3 could have in store for us, shall we?

‘Single’s Inferno’ episode 3 will land on December 25, 2021, at midnight PT or 3 a.m. ET on Netflix. The series actually premiered with its first two installments airing at once precisely a week prior – on December 18, 2021 – so it’s a pattern the streaming giant will follow. In simple words, episodes 3 and 4 will release together, with the ensuing ones rolling out in sets of two over two more weeks. The final installments will thus debut on Saturday, January 8, 2022. From what we can tell, each episode is set to have a runtime of just a little over an hour.

Since ‘Single’s Inferno’ is a Netflix original, the only way to watch the third episode is on the platform, right here! Unfortunately, the streamer doesn’t offer a free trial period in the United States of America right now, which means that you will have to spend some money and subscribe if you want to stream this series, along with a myriad of others, as and when they air. But the good news is that Netflix is easily accessible via a smartphone, tablet, laptop, computer, or any other compatible device like Apple TV, Amazon Fire TV, AirTV, or Chromecast.

‘Single’s Inferno’ episode 3 is bound to pick up right from the moment the previous one left off — with the three pairings spending some quality time together in “Paradise” while Kim Jun-Sik, An Yea-Won, and Moon Se-Hoon take in the turn of events in “Inferno.” Since we’ve already seen Kim Hyeon-Joong and Song Ji-a, along with Oh Jin-Taek and Kang So-Yeon, interact, we’ll likely see Choi Si-Hun and Shin Ji-Yeon put their feeling on the table as well in episode 3.

Moreover, Moon Se-Hoon will deal with his heartbreak over Shin Ji-Yeon, whereas Kim Jun-Sik and An Yea-Won will probably continue to converse, with the latter hoping that he’ll see the spark between them. It’s also possible for some new friendships and connections to come to light, only to break apart the old ones.