Siren Season 3: All the Details You Need to Know 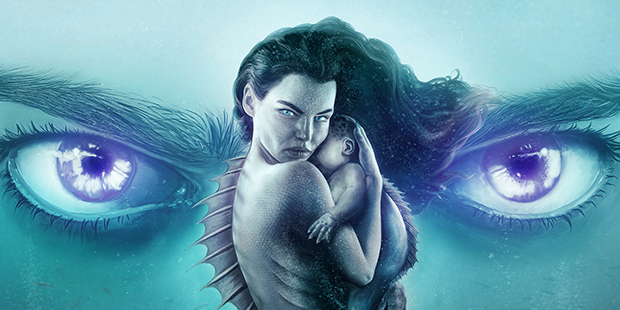 An Eric Wald and Dean White creation, ‘Siren’ has been keeping the audiences and the critics engaged since its premiere on March 29, 2018. With a fascinating premise that revolves around the events that transpire when a powerful hunter mermaid, Ryn Fisher, appears in the coastal town of Bristol Cove, the fantasy thriller show was quickly renewed for Season 2. It was lauded for its suspenseful nature and a well-paced narrative that showcases the tempestuous and humane side of the mythical aquatic creatures.

As expected, the network renewed the show for a third season in May 2019, and since then, fans have been awaiting an update on the release date and other details of ‘Siren’ season 3. Well, we have got some good news for you. Read on.

Siren Season 3 Cast: Who is in it?

Elin Powell will return to headline the cast as Ryn Fisher, an enigmatic mermaid who lands on the Bristol Cove to fulfill her mission. You may recognize Elin from her performance in ‘Game of Thrones,’ ‘Novitiate’, and ‘King Arthur: Legend of the Sword.’ ‘The 5th Wave’ alum Alex Roe and ‘Dawn’ fame Fola Evans-Akingbola will reprise their roles as marine biologists – Ben and Maddie – who are also in a polyamorous relationship with Ryn.

Rena Owen will also be coming back for another round as Helen Hawkins, a profound merfolk descendent who often shares vital information and insights with Helen and her friends.

Season 3 will introduce a fresh face to the cast. Tiffany Lonsdale is all set to play Tia, a mermaid from another tribe who is often referred to as Vodnyy Zver, the sea monster. The other returning members include Ian Verdun as Xander McClure, Curtis Lum as Xander’s best pal Calvin, Kiomi Pyke as Meredith, Aylya Marzolf as Katrina, Sedale Threatt Jr. as Levi, Millan Tesfazgi as Cami, Natalee Linez as Nicole Martinez, and many others. Luc Roderique won’t be returning as Ian Sutton in season 3.

Siren Season 3 Plot: What can it be About?

In the season 2 finale, Ian seeks to expose Ryn’s true identity, but he accidentally drives off a cliff, crashing into the ocean while chasing Ryn. As Ben is about to rescue Ian, he has a premonition wherein he saves Ian, and it results in Maddie’s death and Ryn being captured. Horrified by what he has just experienced, Ben gains consciousness and leaves Ryn to die to prevent the loss of his loved ones. Due to an interference from Ian before his death, Ryn’s embryo implantation fails, and now Meredith carries the embryo for Bryan and Leela. On seeing that Ted is still perplexed about the fateful night of the boat accident from 10 years ago, Bishop promises to look into the files.

You can also check out the official recap of seasons 1 and 2 below!

Season 3 might showcase the aftermath of the season 2 finale. Ben is haunted by his decision to let Ian die. Ben, Ryn, and Maddie might face a more substantial threat in the third season, in the form of Tia, a whipsmart and highly skilled mermaid, who also goes by the term sea-monster because of her violent tendencies. We can expect the trio to pull out all stops to prevent Tia from coercing the other mermaids to join her mission, which is to destroy the entire human civilization. With an immediate danger lurking in the background, Ryn might also have to save her newly born surrogate baby, from getting trapped in Tia’s vicious clutches. As everything comes at a cost, the season might witness some harrowing deaths as the war ensues between the good and the evil. Will Ryn’s baby live to see the future? Can Ryn, Maddie and Ben save the humans from Tia’s wrath?

Check out the high intensity trailer for ‘Siren’ season 3, while you wait for the season premiere!