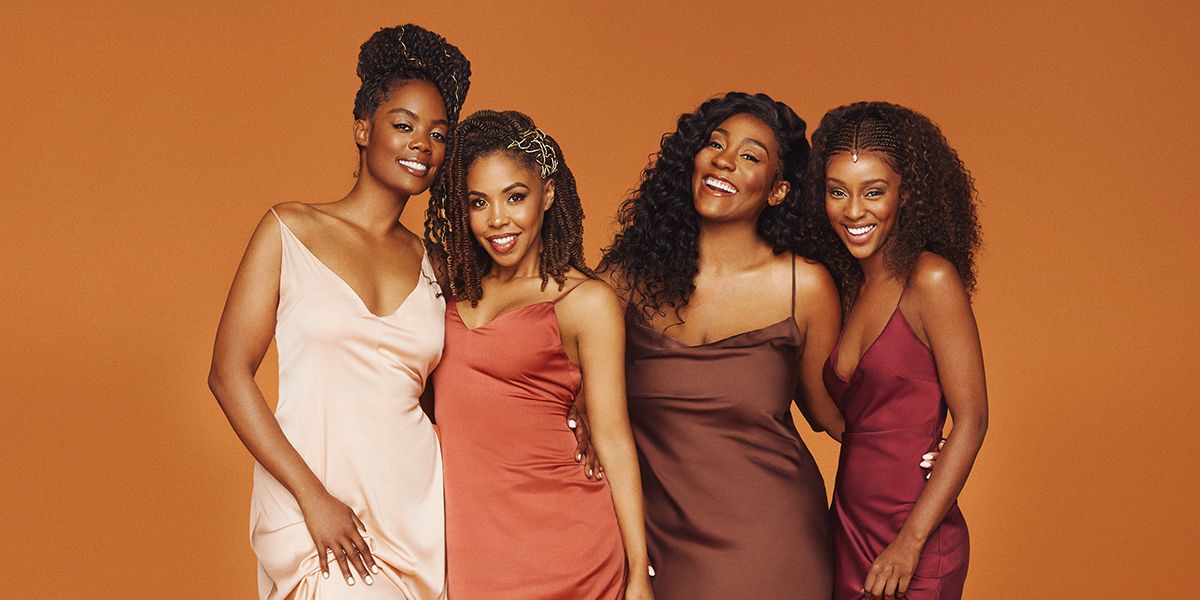 “Sistas before mistas”; BET’s female-centric comedy-drama series, ‘Sistas’ is based on this very adage. Created, written and executive produced by Tyler Perry, it revolves around a crew of single African-American women, bonding over their continual single-hood. As these ladies navigate their complicated love lives, we witness how they handle their careers and friendships in a complex era dominated by social media and fake, unreal relationships.

Sistas Cast: Who is in it?

KJ Smith from ‘A Madea Family Funeral‘ and ‘Black-ish‘ fame stars as Andrea “Andi” Barnes, the only one who infuses some common sense in the group. An accomplished divorce lawyer and a career-driven, smart, and talented woman, Andi is the one to be the first on-site when anyone faces a problem.

Ebony Obsidian (‘Wu-Tang: An American Saga’) plays Karen Mott, a savvy, headstrong, and fiercely independent woman. Karen owns a hair salon and is tired of her failed relationships. She resolves to scrutinize every man before even attempting to say yes to romance.

Mignon Von stars as Daniella “Danni” King, a “ride or die” girl, who wants to do whatever her heart tells her. Danni’s only negative trait is that she interferes too much in the private lives of others, which sometimes gets a tad irritating. However, she does this with good intentions. She is employed with customer service at the airport.

Novi Brown plays Sabrina Hollins, a smart, sophisticated, and stylish bank teller. Sabrina tries to hold her girl gang together, always has their back, and attempts to infuse peace whenever there are disagreements. When one of her customers approaches her, she proceeds cautiously in the beginning. But later, she goes against the warnings of her brain and does something new. Now, she is at a loss of what to think of her actions.

Chido Nwokocha is the handsome hunk, Gary Marshall Borders. An accomplished, successful, and privileged CEO of a Fortune 500 company, Gary has a wife and is a dad to kids. But he constantly pines for Andi. Determined and charismatic, Gary is also a bit manipulative and has a knack for getting what he wants.

DeVale Ellis plays Zac, a regular guy toiling away in a blue-collar job at the airport. Zac is ambitious and dreamy but when it comes to women, he lacks confidence. He is Karen’s long-term boyfriend and yet, consistently suffers from low confidence and self-worth. In order to prove himself, he takes some steps which might later turn against him.

Brian Jordan Jr. stars as Maurice, a bank teller and Sabrina’s colleague. Maurice is Sabrina’s close friend who never ceases joking around. But deep within, even he is looking for true love. Kevin Walton plays Aaron Carter, who is still coping up with a recent, heartbreaking split. Aaron has not forgotten his past and is unrelenting when it comes to his demands from a partner. He hooks up with Karen but it is yet to be seen how long she puts up with his unreal expectations.

Rounding up the lead cast is Anthony Dalton as Calvin Rodney, a good-looking, prominent, and determined Brooklyn-native, who owns a real-estate company. Calvin is on his search of the perfect mate and finally starts falling for Sabrina. He asks her out and the two embark on a combined path of love, expectations, and dedication.

Sistas Plot: What is it about?

‘Sistas’ is the story of four black women, who are single and in a never-ending quest for love. They may come from different backdrops and professional backgrounds, but a single question binds them together: Why am I single?

A bold yet sensitive series, ‘Sistas’ is a humor-packed ride, revolving around these females as they navigate their “complicated love life”, alongside other inevitable societal issues like status, careers and friendship. Along the way, they also need to face the trials and tribulations of a digital, modern world which is ruled by social media, setting unrealistic relationship goals.

‘Sistas’ takes us on a crazy roller-coaster ride of emotions and funny moments, all of which combine to create the ultimate #squadgoals. A reflective and emotional drama, it shines light on the value of sisterhood.

You can watch the official trailer for ‘Sistas’ Season 1 below. For additional extras and exclusive clips, you can head to the show’s official site.