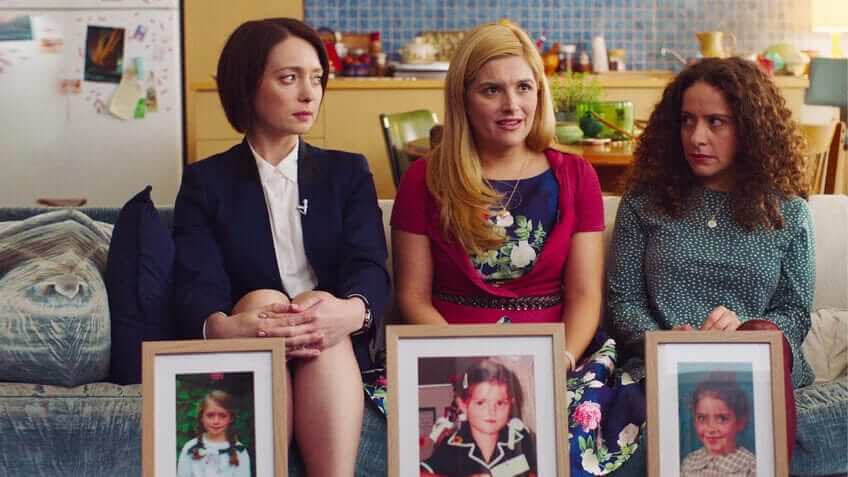 Sisters is a television drama series created by Jonathan Gavin and Imogen Banks. The Australian series is scripted by Jonathan Gavin, Michael Lucas, Monica Zanetti, Benjamin Law, and Anita Jankovic. The direction team includes Emma Freeman, Shannon Murphy, and Corrie Chen. Filmed in Melbourne and Victoria, the series’ original network of release is Network Ten. It premiered in 2017 and was later launched as an Original series of Netflix in 2018.

Fox Network ordered in 2019 February that a pilot be filmed for its US adaptation. Rumours suggest that Brittany Snow will star in this Pilot based on ‘Sisters’ that is a fictionalised account of the retired fertility doctor from Indiana who was in the news back in 2016 for having tactfully used his sperm on 50 women patients of his during their treatment.

Sisters Cast: Who’s in it?

The show features the budding relationship between sisters: Roxy Karibas, played by Lucy Durack (known for Goddess (2013), The Letdown (2017), and Lift (2019)), who is a wayward TV star, and Edie Flanagan, portrayed by Antonia Prebble (known for The Magical Kingdom of Thingymijig (1993), and Starchild (1994)), who is a blunt-faced lawyer. Julius Bechly who is played Barry Otto fills in the role of the sisters’ father who, while on his death bed, confesses to the girls of having sired over 100 children. He was a Nobel Prize-winning reproductive scientist when alive. Roxy takes the news of a new family rather sportingly as compared to Edie who has trouble accepting it.

Probably the most popular and important name on the list is of Maria Angelico appearing as Julia Bechly. Maria is an actress-writer and producer, who created and wrote the web series by the name Movement, in which she starred. Her other works include, Under a Red Moon, Blessed, Hating Aison Ashley, Underground Rush, Wentworth, Home and Away, City Homicide, We Can be Heroes Trip for Biscuits, Neighbours and Blue Heelers, and Footballer Wants a Life.

Maria Angelico, the main character of Sisters, has praised the producer Imogen Banks for her incredible style of filmaking. She said in an interview: “I’d have to say, Imogen Banks, I mean everything she’s created is just so unique and so cool, I think she’s one of Australia’s best creators.”

Sisters Plot: What is it about?

Sisters, the show, revolves around a girl named Julia Bechly, who finds out that her father Julius Bachly, the pioneer of in vitro fertilization for which he also won a Prize, has hundreds of other kids apart from her. While dying, he makes a death-bed confession saying that, in his career as a specialist in in-vitro fertility, he used his own sperm for experimentation, which led to the birth of hundreds of children. Julia tries to stay positive and makes the most of the unusual situation by throwing a family gathering for all of her father’s children. She comes to know that she has hundreds of brothers and only two sisters; Roxy Paribas who is a troubled children’s TV star, and Edie Flanagan who is a belligerent lawyer.

The show features the anticipation and surprise that come in the way of Julia, as she embarks on her journey to find her siblings. Maria Angelico, the star playing Julia, shared her views on Sisters in an interview: “Initially I was more excited about the relationships between the sisters, the show being about female relationships; those dynamics, their unity, and also their differences. Then I realised how intense the storyline is with all the siblings and with what her father has done. I love that this idea involves the bringing together of different people from different walks of life. It offers a good opportunity to look at different perspectives.”

According to Maria, ‘sisters’ a must watch. She says, “One thing that really stands out is the style in which the story is told; it feels unique in its vulnerability, stripped back, it doesn’t feel very shiny and manicured. There’s something real and authentic and honest that will really connect with people because it’s relatable, and not just for women but for everyone. And there’s a really good balance of hilarity and sincerity. Some things are so funny and so sad, and I think that’s so… life.”

Sisters Season 2 Release Date: When will it premiere?

Sisters released its first season one on 27 October 2017, that consisted of seven episodes, each having a run time of about 50-60 minutes. The first season aired till December 6, 2017. The renewal or cancellation of season 2 is yet to be confirmed, so we don’t have an air date yet. It came as a surprise that Network Ten left out Sisters while announcing the line up for 2018 and Netflix doesn’t seem to have picked it up either.

However, if work is under progress on the series, we can expect season 2 of Sisters to release in late 2019 or early 2020. At this point, even though we are not sure whether the short-lived series will be back for its second season on its original network, we can rest assured that its US adaptation will be making it to the screens at least within early 2020. Keep an eye out on us to stay up to date.

Watch Sisters, the dramedy series giving a whole other meaning to the phrase ‘extended family.’ Here is the trailer and all the episodes of the first season.