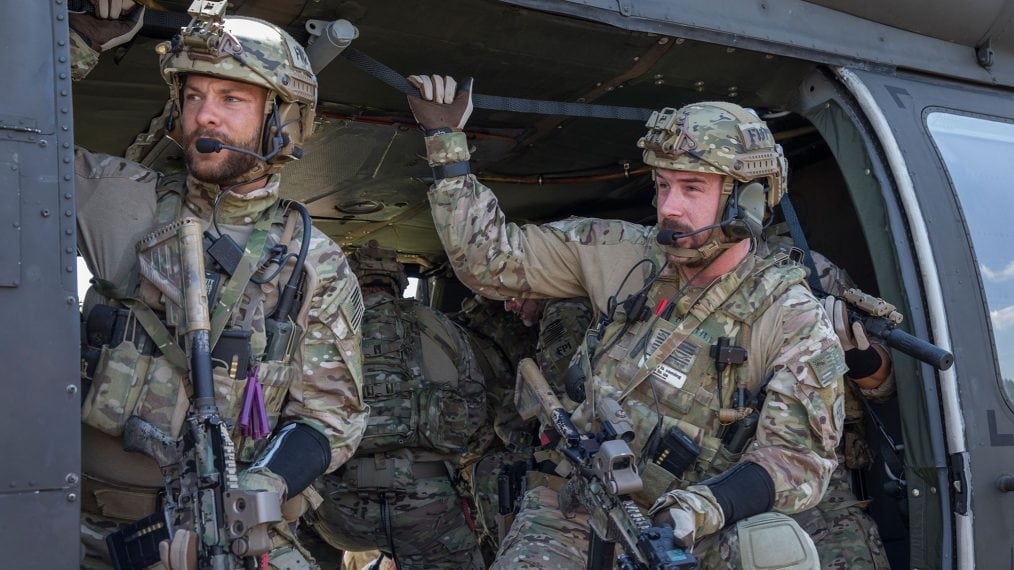 The series is based on the daily lives and the operations conducted by operators working as part of the U.S. Naval Special Warfare Development Group, commonly known as the SEAL Team Six, which is the main counter-terrorism unit of the U.S. Armed Forces. Due to the attraction of the genre, the show quickly became a favorite within large fanbases. It was also praised by critics for the well-crafted action and intriguing characters, although they were quick to draw attention to the fact that the premise and plots were rather generic.

If there is an upcoming season, we hope the main characters return, and it is always exciting to see new faces in shows like these because they add a new dynamic and keep things more interesting for everyone.

Six Plot: What it is about?

The main plot of ‘Six’ centers around the members of the US Navy SEAL Team Six and their endeavors to covertly exterminate a Taliban leader in Afghanistan. This is when they face an unaccounted obstacle and they realize that a US citizen is collaborating with the terrorists. Overall we also see the adventures of the DEVGRU or the U.S. Naval Special Warfare Development Group play out over the seasons.

What stands out about the show is Goggins’ performance. While most of the characters on the shows are alphas, but those who appear to be nursing internal and external wounds, Goggins gives a performance that is high strung and crazed in its own way. There is an unconventional and conflicted nature to his heroism and leadership, and frankly, it is the most remarkable aspect of the series.

Over the seasons, we are first introduced to Rip, Goggins’ character, getting to know his history and his strained relations, while also seeing him in action. Although his heart is in the right place, as we realize, towards the end, it is not enough, and the character eventually succumbs to his wounds which he sustained during captivity. In the aftermath of his death, the rest of the show plays out, which uncovers unholy links between terrorist cells and the Russian FSB and the SEALs have to run interference along with the CIA, when they realize that it is going to take a team effort if they want to take the bad guys down in these situations.

The show is not critically sound but manages a good deal of action with a fair bit of pragmatism, so it has quite a lot going for it actually. Sometimes, as is the case in military shows, it crosses the line to become a bit overly patriotic and jingoistic. However, the show does try to humanize the military men instead of portraying them with a one-dimensional brush. Thus, we see they each have their personal problems back home to deal with and they are okay with switching between their macho and tender sides, even if neither side is exactly nuanced in the plot.

The show continues in this manner, splitting opinions just like it pulls apart at its characters. However, perhaps, this is what war must feel like, to become undone. Therefore, it will have its share of fans and detractors, who might take to the American superiority chants that come from the army or might recoil at the very suggestion that soldiers are capable of doing bad things during the war. This is what makes ‘Six’ most human. Soldiers are not the heroes they are made out to be. The show proves that they are a bunch of extraordinarily courageous people, but they are human nonetheless, and sometimes they slip up and have to struggle with these mistakes because of the higher ideals that we hold them to.

Apart from the strong dilemma at the core of the show, it does not hold back on the action either, and we get to see plenty of high paced operations being carried out behind enemy lines by people who are trained to put their nation before themselves. With the close look the show offers, it feels as though we are present in person, and perhaps this sets the show apart. Hopefully, they will keep this tone in the upcoming season, if there is one, and we will see more of the action that is to transpire.

Six Season 3 Release Date: When will it premiere?

‘Six’ Season 2 premiered on May 23, 2018. However, the series was canceled by the History Channel on June 29, 2018. It was pointed out that everyone was “very happy with the show creatively” but ” in such a crowded marketplace, it is harder to get people’s attention as they had spent a season watching SEAL Team on CBS, Valor and The Brave. As a result, our show felt less unique in the marketplace.” Thus the show remains canceled for now, but there is always a demand for military dramas, so someone else might always pick it up, even if History does not renew it. We will update you about ‘Six’ Season 3 release date if by some miracle the show gets renewed.

While we wait for an update on ‘Six’ Season 2, check out the season 1 trailer to refresh your memories. If you haven’t seen the show yet head over to History to catch all the episodes of the previous seasons.