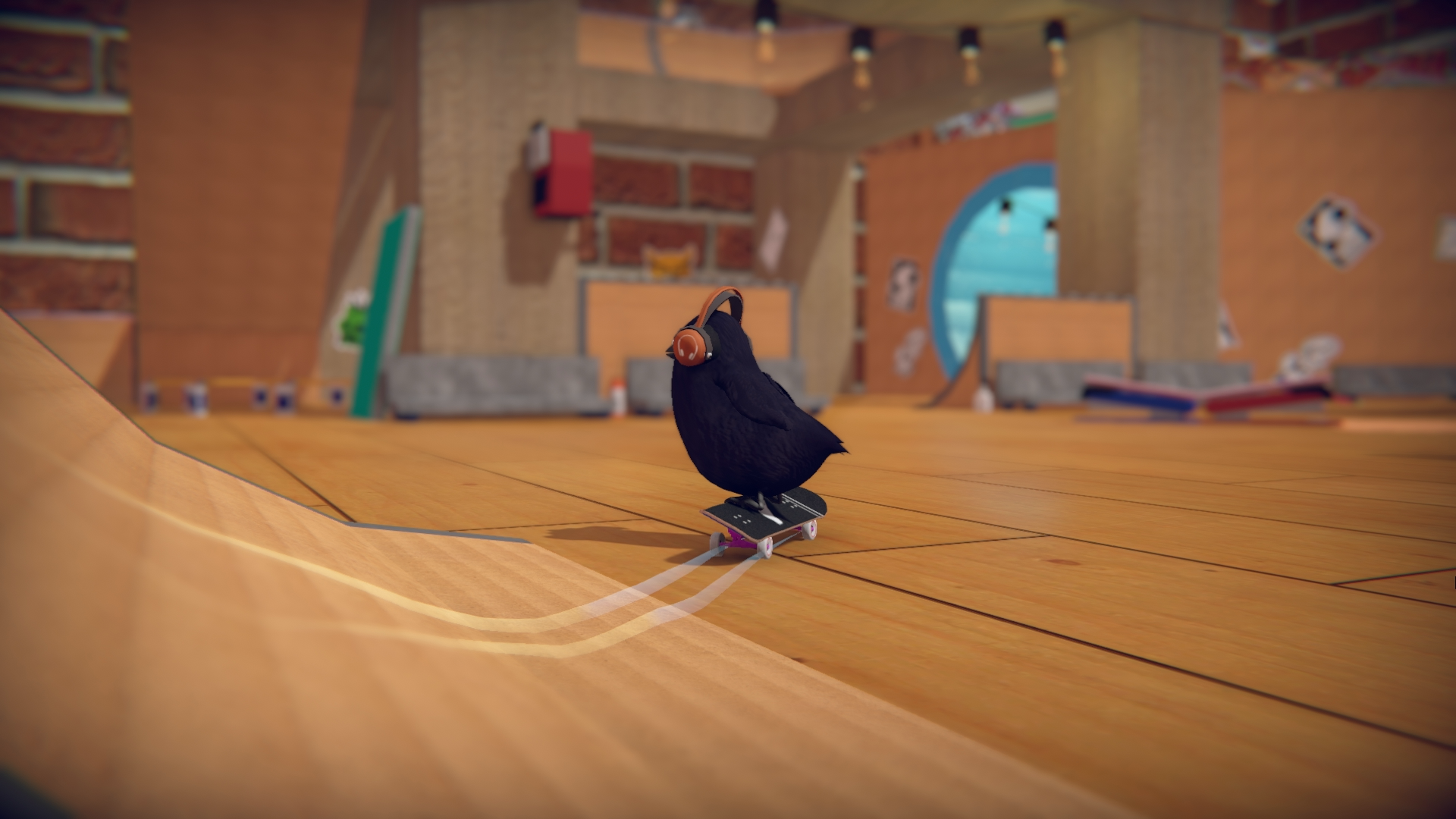 There was a time when skating games ruled the roost with the likes the ‘Tony Hawk’ series of games and the ‘Skate’ franchise. However, this particular subgenre of sports video games has suffered a marked dip in popularity over the years, with only a few high profile releases in recent times.

However, a new skating game is now on the horizon, albeit with a bit of a twist. Glass Bottom Games’ upcoming new title ‘SkateBIRD’ is a fairly self-explanatory game. It is about a bird who skates. If that sounds like something you would enjoy playing, read on to find out everything we know about ‘SkateBIRD’.

SkateBIRD Gameplay: What to Expect?

‘SkateBIRD’ is an indie skateboarding simulation game presented from a third-person perspective. You play as a cute little pet bird who is increasingly neglected by their human owner due to their disproportionate work hours. In order to combat the boredom, you decide to take up skateboarding and somehow try to fix your human’s life.

The webpage for the game describes it as follows:
“Grind on bendy straws, kick-flip over staplers, and carve killer lines through cardboard and sticky tape parks. Above all else, skate birds try their best!”

‘SkateBIRD’ features a number of skate “parks” made out of “bendy straws”, “staplers”, “sticky tape” and “cardboard” that are essentially great big sandboxes for you to explore and practice your skateboarding skills. The skateboarding controls are button-based instead of analog stick based, which is often the prevalent control scheme in popular erstwhile games in the genre including the ‘Skate’ series.

‘SkateBIRD’ also features a progression system and a number of unlockables including fancy new clothing, secret hats, new skateboards and exclusive mixtapes of relaxing music. Some of the exclusive skateboards even possess unique powers and abilities of their own. As you get better and better at skating, you will gain a bigger following on Tweeter (the game’s premier social network for birds).

‘SkateBIRD’ also features a quest system of sorts as you are given tasks to carry out, by the many bird residents in skate parks. The missions themselves are fairly simplistic involving retrieving trinkets, snacks, and books. Do this enough and you can host your very own skating event that will eventually unlock an all-new skate park.

Since it touts itself as a “chill” skateboarding experience, ‘SkateBIRD’ places a significant emphasis on the game’s soundtrack and mixtapes. The game’s music is described as “low-fi bird-hop”. As mentioned before, the mixtapes are also part of the game’s progression system and can be unlocked via exploration and side quests. Each level in the game features at least one secret mixtape. However, in case none of the music in the game satisfies you, you also have the option to drop in your own playlist to listen to, while skating.

‘SkarBIRD’ will also feature a Photo Mode for those of us that like to capture our silly video game hijinks and share them with the world. The tab button captures the last 10 seconds of mp4 video. Additional features include a manually placeable camera for cinematic shots, timeline scrubbing, color filters, stickers, selfies and a lot more. However, we will likely only see some of the more advanced Photo Mode features make their way into the game sometime after release.

SkateBIRD Developers: Who Are the People Behind the Game?

‘SkateBIRD’ is being developed by Washington based American indie video game development studio Glass Bottom Games. The studio was founded by developer Megan Fox (not to be confused with the actress). The studio is best known for games such as the noir adventure game ‘Hot Tin Roof: The Cat That Wore A Fedora’. Besides ‘SkateBIRD’, the studio is also working on the first-person punching game ‘Spartan Fist’.

The soundtrack of ‘SkateBIRD’ is composed by Nathan Madsen.

‘SkateBIRD’ was initially funded via the crowdfunding website Kickstarter and managed to raise over $67,000 from an initial goal of $20,000.

SkateBIRD Release Date: When and Where Can I Play It?

There is no concrete release date for ‘SkateBIRD’ yet but the game’s Kickstarter page points towards an estimated release window sometime in June 2020.

‘SkateBIRD’ was initially set to be available to play on PC (Microsoft Windows, Mac OS X, and Linux) during launch. However, now a version for Xbox One and Nintendo Switch has also been confirmed. There is also a distinct possibility that the game will eventually get a PlayStation 4 release as well, but there is no confirmation of this at this moment in time.

You can watch the adorable trailer for ‘SkateBIRD’ right here.