Skeleton Knight in Another World Season 1: Everything We Know 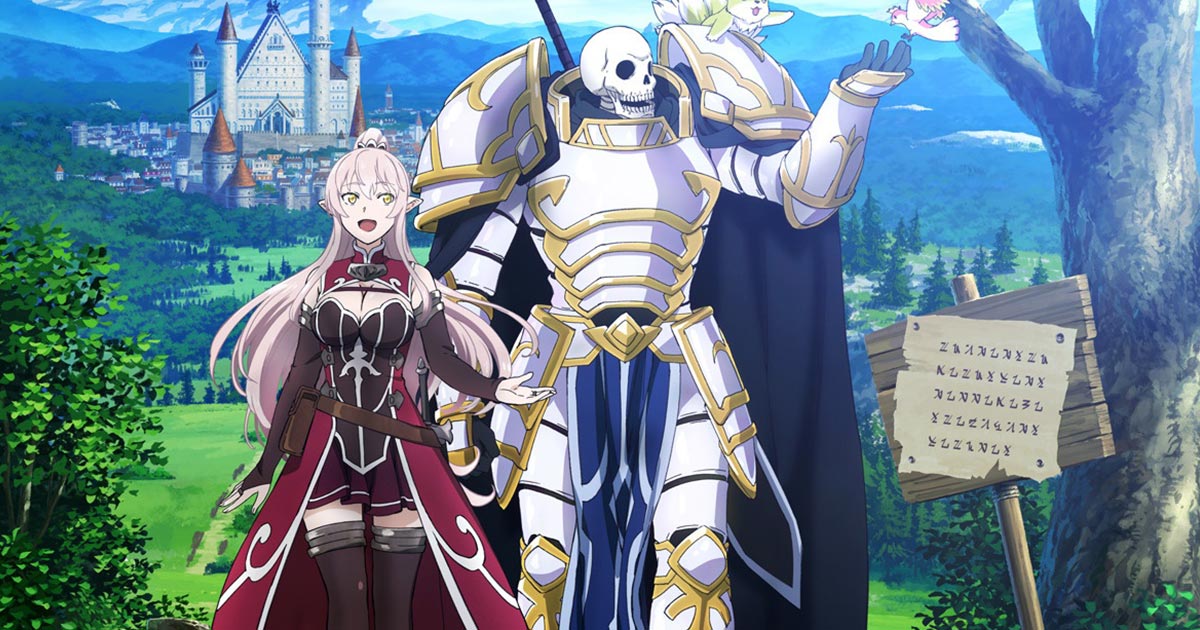 ‘Skeleton Knight in Another World’ or ‘Gaikotsu Kishi-sama, Tadaima Isekai e Odekakechuu’ is a fantasy isekai Japanese light novel series illustrated by KeG and written by Ennki Hakari. The series follows an average gamer who wakes up one day in the avatar body of the online game that he plays. Initially shocked by his skeletal appearance, the protagonist, equipped with the strongest weapons and armor, begins to explore the game world only to end up meeting the dark elf, Ariane Glenys Lalatoya. It marks the beginning of his misadventures in the alternate world that has garnered a huge fan following since the novel’s online serialization in October 2014.

Now, with over nine volumes already published, there has been a growing demand for an anime adaptation. In case you are also looking for more information about the release date and plot of the ‘Skeleton Knight in Another World’ anime series, then we have got you covered.

‘‘Gaikotsu Kishi-sama, Tadaima Isekai e Odekakechuu’ is a Japanese light novel series that began its online serialization on Shōsetsuka ni Narō, a novel publishing website, in October 2014 before getting picked up by Overlap under the light novel label Overlap Novels in the following year. Since then, a total of 9 volumes of the series has been published so far.

The light novel got its manga adaptation in 2017 with Akira Sawano as the author. Just over a year later, it was licensed by Seven Seas Entertainment under the title “Skeleton Knight in Another World” for publication and distribution in North America. The print release of the first light novel and the manga in the region took place in 2019 on June 11 and July 9, respectively. As far as the anime adaptation is concerned, we may have a piece of good news for the fans. On April 17, 2021, an anime was confirmed by the official TV anime Twitter account.

The series will be developed by the collaborative effort of HORNETS and Studio Kai, with Katsumi Ono helming the directorial team. Takeshi Kikuchi will lead the writing staff while Tōru Imanishi will shoulder the responsibility of character design. However, the official release date of the series is yet to be announced. But we can expect ‘Skeleton Knight in Another World’ season 1 to premiere sometime in late 2021 or early 2022.

Skeleton Knight in Another World Plot: What is it About?

Arc, an average gamer who has a sedentary lifestyle, wakes up one morning and is shocked to see his reflection in the river. He immediately realizes that the armored skeleton that he just saw is a game avatar that he has himself customized. The protagonist then begins to comprehend the gravity of the situation and realizes that he has somehow been transported into the game world. With no other option, he begins to look for the inhabitants hoping that he may find some answers, only to cross paths with a band of bandits trying to rape two women.

Arc immediately comes to their rescue and slaughters every despicable man around them. The protagonist then learns that one of the women he saved is a noblewoman named Lauren, who provides him a copper passport, granting him access to every city in the territory. The gamer then begins to explore the strange world that he now inhabits in the hope of finding a way to return to his old life.