Sky High Sequel: Everything We Know 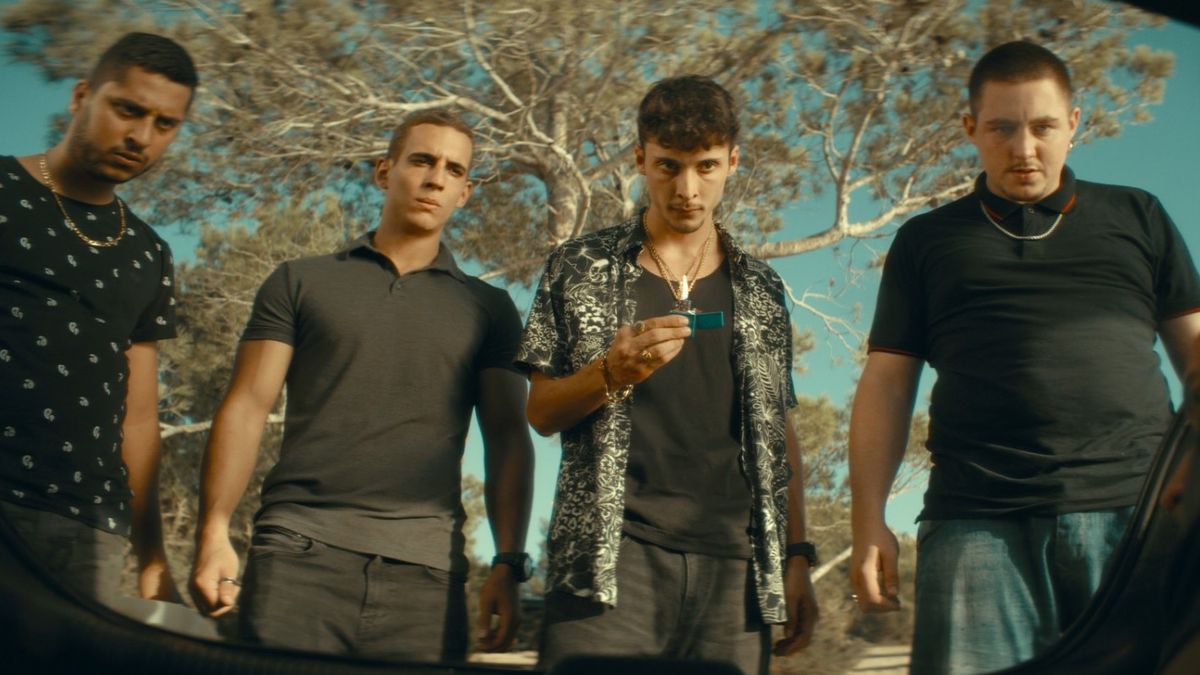 ‘Sky High’ is a high octane Spanish heist movie directed by Daniel Calparsoro and starring Miguel Herrán, famous for playing Rio in the popular Netflix series ‘Money Heist.’ The movie follows Angel (Herrán) and his life of crime which takes him from the poor suburbs on the outskirts of Madrid to the upper echelons of Spanish high society. However, once at the top, the ambitious Angel just cannot stop himself from aiming even higher. How far will he go to reach “sky-high”? If you’re wondering whether Angel’s story continues, we’ve got your back! Here’s what we know about the ‘Sky High’ sequel.

‘Sky High’ released globally on Netflix on April 2, 2021. The film first premiered at the Málaga film festival on August 22, 2020, and after facing multiple delays due to the global pandemic, it came out in Spanish theatres on December 18, 2020. The film was a hit and topped the Spanish box office over the holiday season, becoming one of the highest-grossing domestic films of 2020.

In December 2020, Netflix bought the global rights to ‘Sky High’, with plans to first launch the film on the streaming platform, followed by a series that picks up from where it leaves off. Director Daniel Calparsoro and Writer Jorge Guerricaechevarría are set to return to helm the show’s production, as is the production company Vaca Films, which already produces the Spanish series ‘The Mess You Leave Behind‘ for Netflix.

Movies being continued as a series is not unheard of, as it gives the creators more space to present their ideas. However, the series usually takes place in the same “universe” as the movie, but with different actors, especially in the lead. In contrast, the ‘Sky High’ series picking up where the movie ends will make it an interesting transition in format for viewers looking for answers after the movie’s twist ending. This also means that the chances for a movie sequel to ‘Sky High’ are slim.

The series seems to be in the initial pre-production stages as no cast and filming details have been released as yet. The makers might try to repeat the film’s holiday season success from last year with the series and release it around Christmas 2021. So, if everything goes accordingly, we expect the ‘Sky High’ series to premiere sometime between late 2021 and early 2022.

Sky High Sequel Cast: Who can be in it?

‘Sky High’ features rising Spanish star Miguel Herrán as Angel, who we might see returning in the series, considering he is already a known face on Netflix thanks to ‘Money Heist.’ It is less likely that the series will see Spanish superstar Luis Tosar reprise his role as Rogelio, though in the case of a cinematic sequel of ‘Sky High,’ his return is more likely. The return of Fernando Cayo as detective Duque is also expected though there is a chance that his character might be replaced after failing to catch Angel so many times.

We can expect to see Asia Ortega return as Angel’s wife Sole, but Patricia Vico might not return to the cast since her character Mercedes flees to France near the end of the movie. Carolina Yuste, who portrays Estrella, will most likely not return since her character is killed. However, there is a possibility we could see her in flashbacks. It is also highly likely that the show can introduce a new antagonist.

Sky High Sequel Plot: What can it be About?

‘Sky High’ ends with a twist that leaves audiences at a loss for what the protagonist will do next. The ending also leaves open questions concerning the motivations of multiple other characters, including the mysterious scar-faced police official. In the case of a ‘Sky High’ sequel movie, we can expect the very same characters to return and pick up from where they left off. Detective Duque and Angel’s game of cat and mouse will resume, and we can expect to see more audacious heists from Angel and Rogelio’s gangs. We can also expect the scar-faced police official to return and possibly give some more clues about his character.

In the case of the ‘Sky High’ series, similar audacious heists and action can be expected though the pace might be slower than that of an explosive 2-hour film. The plot for the series, given its longer format, will possibly explore the interpersonal relationships and backstories of the characters more, which is something that the film does not do. The show also promises to answer many of the questions that audiences undoubtedly have after watching the movie.