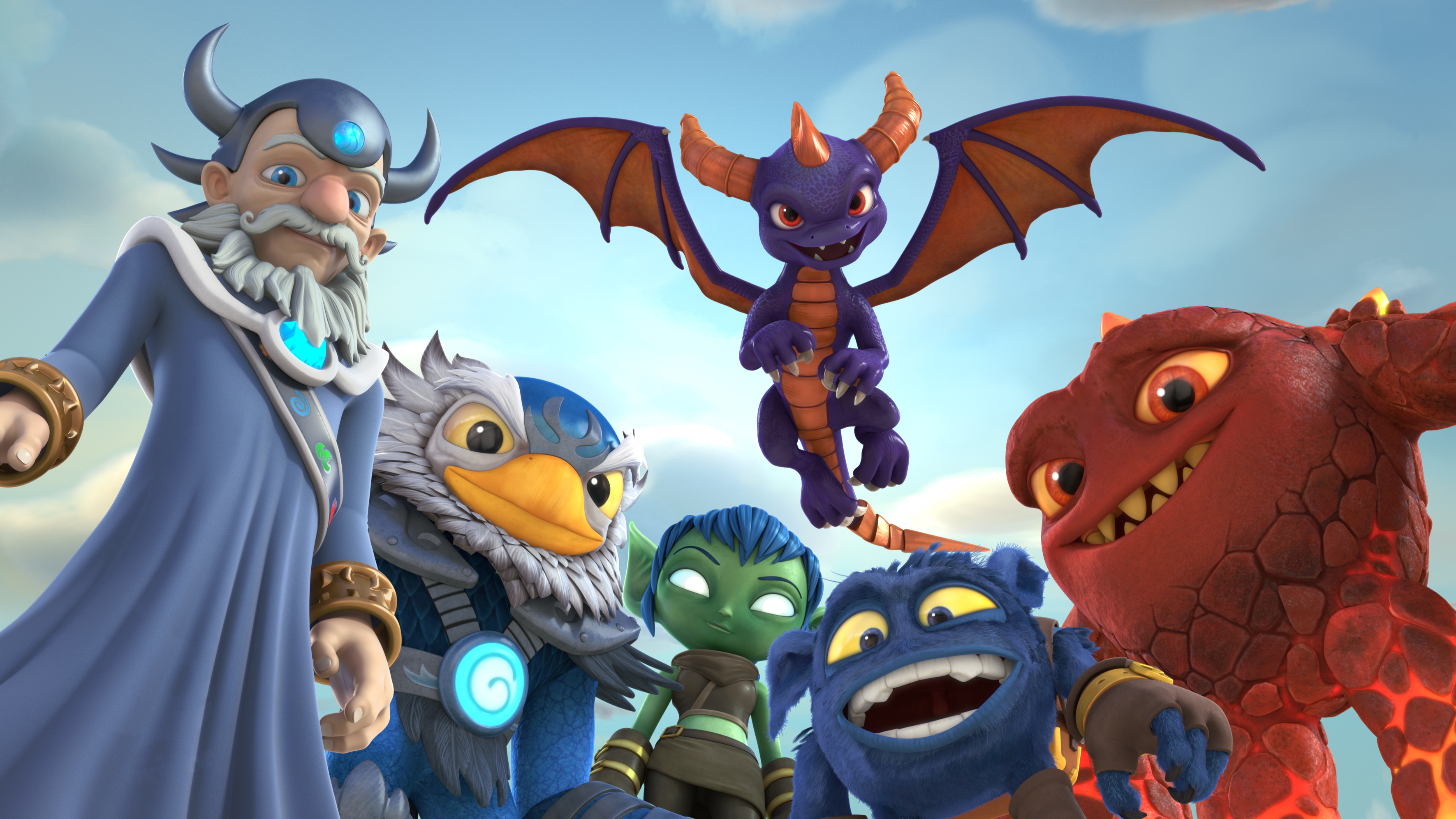 ‘Skylanders Academy’ is a Canadian-American web television series that airs on Netflix and first premiered on October 28, 2016. The action and adventure series includes elements of fantasy and comedy and has been produced by TeamTO and Activision Blizzard Studios. It is based on the ‘Skylanders’ series of games, which again is a spin-off of the ‘Spyro’ series.

Due to the growing popularity of the games for many years, it was inevitable that they would be developed for television, so as to reach a wider audience, and also so that those who loved the game could enjoy the show. Eric Rogers was the creator of the show, and Arthur Qwak, Solène Azernour, and Alban Rodriguez were the directors. If you enjoy this show, you should also check out ‘Castlevania‘ which is based on a game by Konami.

Skylanders Academy Cast: Who is in it?

Since ‘Skylanders Academy’ is an animated show, the cast members are all voice actors. These include Justin Long of ‘Jeepers Creepers‘ and ‘Alvin and the Chipmunks’ fame as Spyro the Dragon, the protagonist of the series. Jason Ritter, on the other hand, voices Dark Spyro. You can check out Ritter’s other works too, like ‘Gravity Falls’ and ‘Kevin (Probably) Saves the World‘. Ashley Tisdale, who is best known for her roles in ‘The Suite Life of Zack & Cody’ and the ‘High School Musical’ franchise, lends her voice to Stealth Elf and Flashwing. Jonathan Banks voices the character of Eruptor. If his voice sounds familiar, it might be because you have heard it in ‘Airplane!‘ or more likely that you recognize it as the voice of Mike Ehrmantraut from ‘Breaking Bad‘ and ‘Better Call Saul‘.

Chris Diamantopoulos, who is known for voicing Mickey Mouse, and has also appeared in HBO’s ‘Silicon Valley‘, lends his voice to the characters of Master Eon and Chompy Mage. Felicia Day, who has spent some parts of her life as a gamer, and thus fits right into the cast, voices the character of Cynder. She is famous for her roles in ‘Buffy the Vampire Slayer‘ and ‘Supernatural‘. Bobcat Goldthwait voices Pop Fizz while Jonny Rees is heard as Jet-Vac.

Skylanders Academy Plot: What is it about?

‘Skylanders Academy’ introduces us to three new graduates Spyro the Dragon, Stealth Elf, and Eruptor. They are students of Jet-Vac and Master Eon, and have to understand what it means to be a Skylander while not only fighting the evil Kaos but also while facing other villains within the Skylands universe.

This might be a show for kids and is crafted in such a manner, but the talents involved behind the scenes have done big enough projects to know how to get the adults hooked to this series as well. Coco Fancini, a producer for this show, who has worked on Quentin Tarantino’s ‘Django Unchained’ and ‘The Hateful Eight’ elaborated on this, saying, how it is a fine line to walk for a kid’s show since the intention is to add content that will be appealing to adults as well, while not going over the children’s heads. One fine example would be the nihilism of Glumshanks, the sidekick of the villain Kaos. This goblin says with a deadpan expression that his candy is his anxiety medication. It is jarring to hear about anxiety so casually slipped into a children’s show, but it is a formula that has worked for Disney, and it works here as well.

When we are introduced to the show, we see that the various characters are trying to hone their skills at the Skylanders Academy. These characters have striking similarities to the kind of people we meet on college campuses. Spyro, the protagonist, is a total frat boy who throws parties, misses tests and lets all the talk of his own greatness get to his head. His teacher, who is also sort of a father figure to him (very Dumbledore-like) warns him that this cockiness will be the cause of his failure. To no one’s surprise, the show also enshrines the lesson that teamwork is the key to success, even more than the fact that individual hard work leads to success. This seems more like a lesson aimed at the graduates of the show so that they unite to defeat evil. In the real world, individual hard work is the key to moving ahead since you really have no control over what the rest of your team is doing. Anyhow, the tone of the series is light, and since the makers of ‘Futurama‘ are involved, one can find a similar brand of humor here as well.

Read More in TV Preview: Game of Thrones | The Orville

Skylanders Academy Season 4 Release Date: When will it premiere?

‘Skylanders Academy’ Season 3 premiered on September 28, 2018. As far as the next season goes, we have bad news for the fans. On April 30, 2019, Netflix canceled the show. This is most likely because no new ‘Skylanders’ game has come out since Season 1 aired. It could also be due to the falling viewership of the show. Chances of the show coming back is almost nil, but if somehow that happens, we will be the first to update you about ‘Skylanders Academy’ Season 3 release date.

Check out the trailer for ‘Skylanders Academy’ Season 3 below. If you haven’t seen the show yet, head over to Netflix to catch all the episodes of the previous seasons.