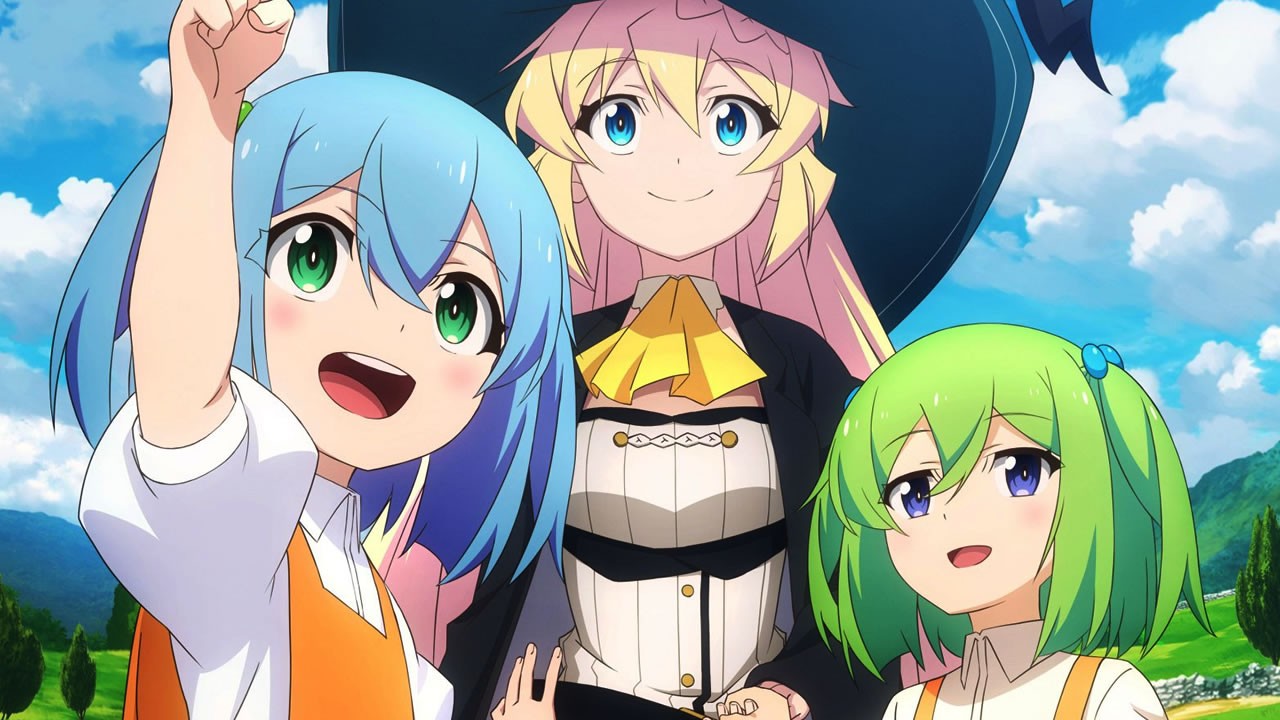 Based on the popular Japanese light novel series of the same name written by Kisetsu Morita and illustrated by Benio, ‘Slime Taoshite 300-nen, Shiranai Uchi ni Level Max ni Nattemashita’ or ‘I’ve Been Killing Slimes for 300 Years and Maxed Out My Level’ is a fantasy isekai anime series with slice-of-life and comedy elements. The story revolves around Aizawa Azusa, a Japanese workaholic who dies at age 27 and is subsequently reincarnated in an alternate world as an immortal witch by a kind-hearted goddess.

Azusa spends 300 years living in the mountains, performing some of the easiest tasks that she could think of, including hunting slimes and brewing potions. One day, while visiting the adventurer’s guild, she discovers that she has become the most powerful adventurer in the world for killing slimes for so long. As the news of her strength starts to spread, various types of creatures come to challenge her. She defeats them all, and they, in turn, become her students, friends, or part of her ever-growing family. Season 1 of ‘Slime Taoshite 300-nen’ has recently concluded airing. If you want to know whether there will be a season 2 of the anime, we got you covered.

‘Slime Taoshite 300-nen’ season 1 premiered on April 10, 2021, and aired 12 episodes before concluding on June 26, 2021. Studio Revoroot developed the anime in collaboration with Nippon Columbia and Studio Mausu. Nobukage Kimura led the directorial team while Tatsuya Takahashi helmed the writing staff. As for season 2, this is what we know.

No official statement has been released confirming or denying the development of a second season. But fantasy isekai is one of the most popular anime genres these days, with shows like ‘Re:Zero,’ ‘Log Horizon,’ and ‘Tensei shitara Slime Datta Ken’ enjoying multi-seasonal runs. If ‘Slime Taoshite 300-nen’ manages to replicate the Blue-ray/DVD sales of the aforementioned shows, it will give the studios involved with the project great incentive to revisit the story.

Originally published as a web novel series, ‘Slime Taoshite 300-nen’ is an exceptionally successful series of light novels and has spawned several spin-offs, which also have been developed by Morita and Menio. Furthermore, the series has a manga adaptation that Yuusuke Shiba has illustrated. 17 volumes of the original light novel series have been published to date, and only 4 of them have been adapted for the anime, so there is plenty of material left for future seasons. If the anime is renewed in the next few months, ‘Slime Taoshite 300-nen’ season 2 will likely come out sometime in 2023.

Slime Taoshite 300-nen Season 2 Plot: What Can It Be About?

In the season 1 finale, as Flatta prepares to celebrate its dance festival, Azusa decides to set up a coffee shop. All members of her family are excited by the idea, and they prepare their House in the Highlands for the task. The following day, Azusa wakes up to find a long queue of people has formed in front of her house. The shop turns out to be a huge success. Beelzebub, Pecora, Fatla, and Vania also show up and merrily join the staff of the shop. Azusa and her family decide to attend the dance festival on the following day. The season ends as Azusa opens the door once again, asking the person standing there how she can help.

‘Slime Taoshite 300-nen’ doesn’t have any major male character. The anime is likely to maintain this in season 2. The family might go for a visit to Beelzebub’s home. Later, Falfa and Shalsha will probably be enrolled at a school. They might reopen the coffee shop at some point. To demonstrate her abilities, Laika might enter into a martial arts tournament. The family might plan yet another big visit, this time to Halkara’s home.