Slow Burn Season 2: All the Details You Need to Know 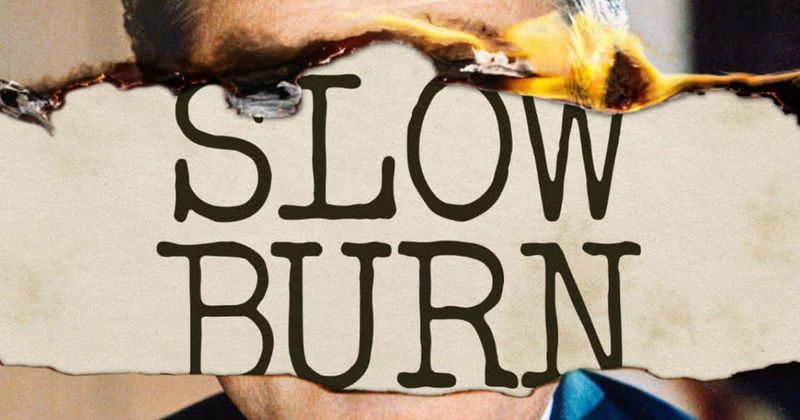 Have you heard about Slate’s critically acclaimed podcast, ‘Slow Burn’? Launched in 2017, the eight-episode season 1 of the title focuses on the infamous scandal that finally led to the end of the Nixon administration. It also probes into the ongoing investigations that concern President Donald Trump. ‘Slow Burn’ is one of the most-heard podcasts to date and is also the winner of Podcast of the Year at iHeartRadio’s inaugural Podcast Awards.

Slate soon recommissioned it for another season, which is based on a second high-profile scandal, revolving around the impeachment of President Bill Clinton and featuring an interview with Linda Tripp. The podcast was then again renewed for a third installment. Owing to its widespread popularity, Epix decided to make it into a tv adaptation. Titled, ‘Slow Burn’, the documentary is based on the events narrated in its source material and its first season focuses on the Watergate scandal, which finally resulted in the resignation of President Richard Nixon.

Michael Wright, President of EPIX, shared his excitement about the show, saying, “With Slow Burn, Leon Neyfakh took a profound and compelling journey through some of the most unforgettable times in political history.” He further added, “As huge fans of the podcast, we’re thrilled to work with our partners at Slate, Left/Right and, of course, Leon, to further explore what he so brilliantly brought to the fore.”

As expected, the first season of the show was extremely well-received. Here’s all we know about Slow Burn season 2.

Slow Burn Season 2 Release Date: When will it premiere?

Although Epix has not announced another season yet, it is almost confirmed that the show will get another installment. Since season 1 was based on the first season of the eponymous podcast, season 2 should adapt the subject of the second part of its source material. The only news we need right now is an official confirmation regarding a renewal. When renewed, Slow Burn season 2 should release sometime in February 2021.

Leon Neyfakh, one of the creators of the podcast, ‘Slow Burn’, serves as the narrator and host for this sensational docuseries. Neyfakh is a former reporter who previously worked at the New York Observer, after which he was employed with The Boston Globe. He then joined Slate as a reporter for the criminal justice system and the justice department.

Following this, he created ‘Slow Burn’ with his partner Andrew Parsons. Neyfakh is also the author of the popular memoir ‘The Next Next Level: A Story of Rap, Friendship, and Almost Giving Up’ — which narrates the daily struggles of a person who is an artist at heart but needs to do a 9-to-5 job for survival.

In season 2, Neyfakh is expected to reprise his narrating duties.

What Can Slow Burn Season 2 Be About?

If you are a fan of binge-ing on shows or watching films based on scandals that involve high-profile personalities like presidents, you must have already heard about ‘Slow Burn’ — branded as a “hot” recommended podcast, which received extreme praise after its release, while crediting Malcolm Gladwell for creating a historic podcast that “focused on neglected aspects of well known events”. And now, with its series adaptation being available on Epix, you can get real-time, visual insights into sensational cases like Nixon’s Watergate scandal and Clinton’s impeachment.

Season 1 of ‘Slow Burn’ chronicles the events outlined in the first season of the original podcast. We learn about the notorious Watergate scandal that finally culminated with President Nixon resigning from his post. But the most interesting aspect of the documentary is, it draws interesting parallels between the incidents from those times to the current events in politics.

In each episode, host Leon Neyfakh dives deep into the strangest subplots and long-forgotten people who were all linked to the president’s downfall. Via flashbacks, ‘Slow Burn’ explores how these events are relevant even today, in the contemporary, politically tumultuous political era.

‘Slow Burn’ is yet another example of the increasing trend in the entertainment industry where several smash-hit podcasts are picked up for their tv versions. In fact, leading podcast networks are now working on developing titles that adopt a serial formal, in order to be effortlessly be made into their series counterparts. For instance, we have already seen ‘Homecoming‘, ‘Lore’, or ‘Welcome to Nightvale’ being developed into shows by numerous platforms.

When the series is renewed for a second season, we expect it to cover the second part of the original podcast. It should document the Impeachment of Bill Clinton while featuring an interview with Linda Tripp, among others.

While we await for more updates on season 2, watch the trailer for season 1 below: