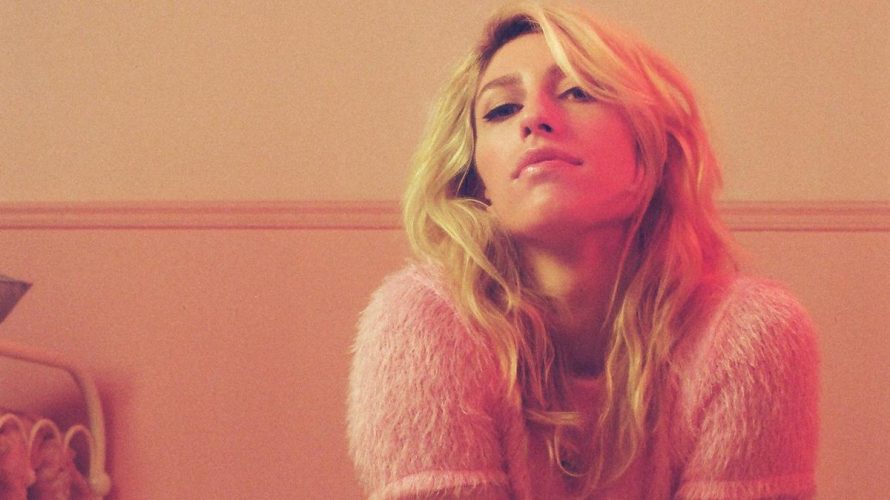 ‘Slutever’ is a television series telecasted by Viceland network that premiered on 24th January 2018. Each episode of the series run for 22 minutes. ‘Slutever’ comes under the genre of documentary and comedy television. Anna Casper is the producer of the series. Gena Konstantinakos, Adri Murguia, and Karley Sciortino are the executive producers. Danielle Franco is the co-executive producer. The series is inspired by the blog and book of the same name by Karley Sciortino, the author. The series also draws inspiration from the web series called ‘Slutever for Vice’ that was hosted on the Slutever blog run by Sciortino. Sciortino is famous for writing the sex and relationships column for Vogue, so one can trust her to bring all this experience to ‘Slutever’.

Slutever Cast: Who is in it?

The cast of ‘Slutever’ includes Karley Sciortino as the host. Buck Angel, Ash Armand, Ona Artist, and Miranda Barrie, Christina Carter, Melinda Chateauvert, Mistress Couple, Venessa Cuccia, Mrs. Ana Fox, Ryan Galiotto, Douglas Little, Ashley Manta, Ashes McGee, Matt McMullen, Stuart Nugent, Cyo Nystrom, Penny Pax, Lori Perkins, Jennifer Reed, Alexandro Roxo, Nomi Ruiz, Lucy Sweethill, Cherry Torn, Betony Vernon and more form the rest of the cast. However, since the show is mostly an exploration of female sexuality by Sciortino, we fully expect her to meet various women and groups who have their own sexual preferences and fetishes. This is what keeps things so titillating and will do so in the upcoming season as well.

Slutever Plot: What is it about?

‘Slutever’ aims at discussing sex very openly and analytically with a pinch of sense of humor. The seasons deal as much with sexual discovery as they do with sex-ed. Doors to insane sex laboratories, dungeons and bedrooms are opened that you never dreamed existed. The series is all about showcasing sexual practices that are considered as taboo while trying to find some humanity in people throughout the episodes. The series talks about stuff like rent-a-boyfriend service, abduction fantasies, and eerily human male sex dolls. It deals with the subject of intimacy and sex in an open-minded manner inviting lots of curiosity. It features some seemingly random complex issues of human sexuality which are mysterious and complicated.

Desire, it is said, is the experience of otherness. Naturally, this leads to a certain fear in exploring desire because the being shies away from the other, which is unknown to it. Hence, in an exploration of desire, which is so often channelized as sexual desire, human society tends to stick to the socially acceptable bits of it, often repressing what society has deemed taboo. Not only does this lead to dissatisfaction in their normal sexual lives, but gives rise to underground countercultures that embrace a certain kind of sexual kink, or act that digresses from the norm. Case in point is one of the episodes that show the world of monster erotica and includes stuff like dragon dildos. While this might seem wildly inappropriate in a living room conversation, Sciortino discovers that there are more people involved in this sexual fantasy than one could have guessed. Desire and its validation are what ultimately gives us a place in human society and makes us feel wanted. The reciprocation and satiation of desire is one of the drives that keep us moving forward, and ‘Slutever’ explores exactly that, normalizing desires instead of creating a sense of otherness, and thus bringing the entire discourse surrounding sexuality and sexual preferences to the mainstream, instead allowing it to thrive in the fringes of our civilization, unnoticed or abhorred.

The episodes show us Sciortino going above, below and inside to give a nuanced view of the answers that pose a challenge to the outdated notions that surround society’s ideas of female sexuality, gender, and love. In this context, the show has feminist undertones as well, because female desire has been historically ignored in society to the extent of turning women into the object of male gaze and politicizing the woman’s body as the ground where male desires can play out. Not only does ‘Slutever’ turn this on its head, with women all across the world reclaiming their bodies to satiate their own desires, but the show does it in a manner that makes sure that you leave the episodes feeling a bit less judgemental and a little bit more enlightened.

As we move to the next season of ‘Slutever’ we expect that many more desires and fantasies shall be explored in the capable and probing hands of Sciortino.

Slutever Season 3 Release Date: When will it Premiere?

Season 2 of Slutever premiered on February 4, 2019. Although there is no specific release date for ‘Slutever’ Season 3 yet, there is no cause for concern. Upon observing the release dates of Season 1 and 2, a clear pattern emerges and it is possible to hazard a guess about the release date of Season 3. Since Season 1 and Season 2 came out in 2018 and 2019 respectively, it stands to reason that Season 3 will be arriving next year, in 2020. Based on the fact that both seasons aired in January or February, we fully expect Season 3 of ‘Slutever’ to come out in January or February, 2020.