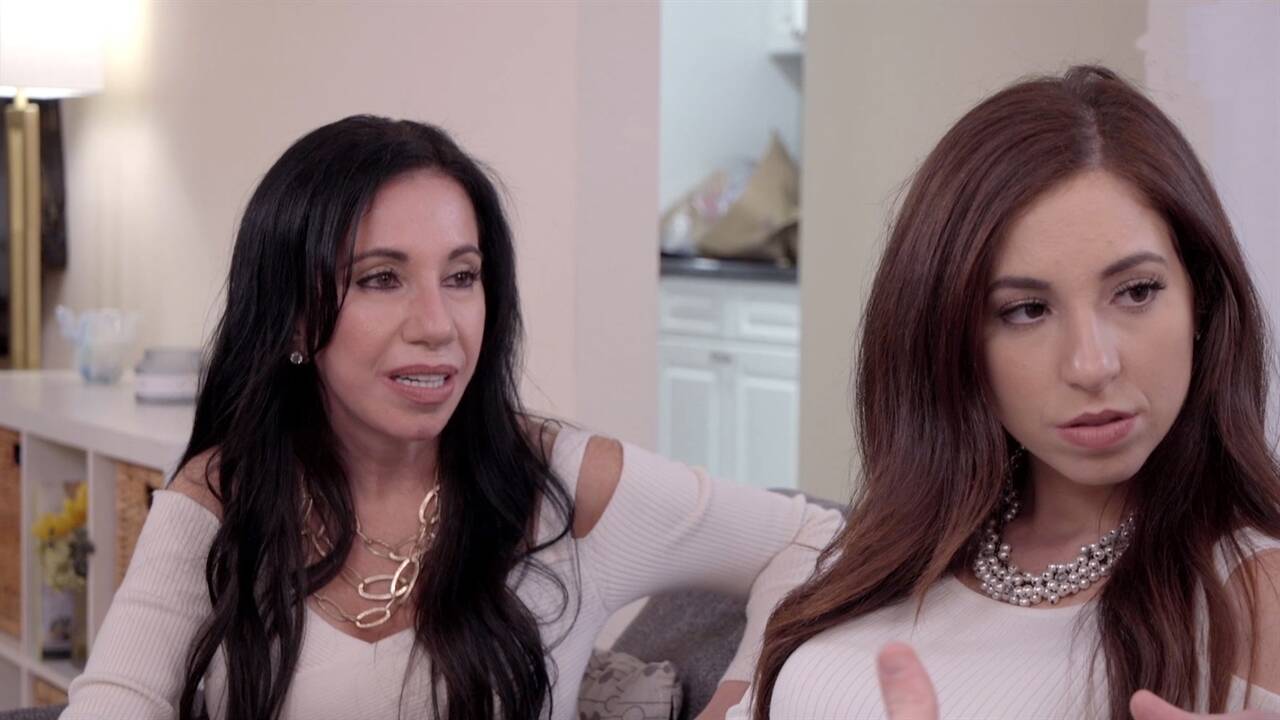 One of the closest bonds on earth is a mother-daughter relationship. Yes, we daughters always wish for some solitary moments with our moms (Mother’s Day or not!). Right? But sometimes, can this attachment become too ‘close’? So much that it seems weirdly uncomfortable? Remember ‘Bates Motel‘? Now do you get what we are trying to say here? In fact, even the most connected moms and daughters have some personal boundaries. Like, we keep certain things private and don’t do all activities together.

So, how close is too close? Is there a definition? To answer this question, you can watch TLC’s show, that showcases some of the most extreme mother-daughter friendships. Aptly titled ‘sMothered’, it is a “mom-umental” reality series that revolves around four pairs of “closer-than-close” moms and daughters. Produced by Bodega Pictures in association with the New York Post Entertainment for TLC, ‘sMothered’ first premiered on TLC on June 9, 2019.

sMothered Cast: Who is in it?

The cast of ‘sMothered’ comprises four pairs that redefine the basic concept of motherhood. 59-year-old Dawn and 27-year-old Cher are similar in all respects. They look alike, speak alike, and act alike. Both of them had even married Jewish doctors during their early 20s. However, their relationship meets with a surprising twist when Cher reveals that she has been keeping a secret from her mom.

50-year-old Sunhe and 30-year-old Angelica spend most of their time together. They live together, sleep on the same bed and even share the same bath water if the water is still warm. They are inseparable. But Sunhe is in for a shock when Angelica confesses that she wishes to take things with her boyfriend to the next level. Now, as per Sunhe, “If I could find the man version of Angelica, I would marry him in a heartbeat. She is the love of my life.” So, how will she react to this life-changing announcement?
59-year-old Kathy is constantly by the side of her 33-year-old daughter, Cristina. But when she begins pushing boundaries too much, Cristina’s husband and in-laws announce that they cannot take this interference anymore. 44-year-old Sandra and 20-year-old Mariah do everything together. This includes attending parties and going on double dates. However, with Mariah wanting Sandra to have fun just like her, it results in the latter having to push her limits.

sMothered Plot: What is it about?

“Like Mother, Like Daughter” — TLC takes this phrase to a whole new level and gives it an altogether different meaning with its unique reality family series, ‘sMothered’. It is about four vivacious mom-daughter pairs who give an outrageous definition to parental relationships. These duos are a constant presence in each others’ lives. For them, their bond surpasses that of any other and this is their priority, so much that it causes rifts among siblings and partners.

Apart from dressing in similar outfits to sleeping on the same bed, they even get plastic surgery and botox injections to look alike! Yes, they do know where their priorities lie. But complications start creeping in when other issues begin to appear, such as boyfriends, pregnancy and moving out from their homes. So now the question is, can these ladies maintain the same level of intimacy after these life-changing events? And can they find out ways to overcome their problems?

‘sMothered’ lends viewers an insight into the world of these lively twosomes and their weird yet close-knit friendships. It attempts to highlight both the positives and negatives that arrive with a closer-than-natural bond between the pairs. Are these attachments just sweet? Or are the connections squeezing out independence from their lives, in turn making them more dysfunctional?

As per Howard Lee, President and General Manager of TLC, on Corporate Discovery, “At TLC, we love showcasing heartwarming families and extreme relationships like viewers have never seen, and our mother/daughter duos in sMothered are unbelievably dynamic.” He further added that the creators are excited in introducing the inseparable, obsessed, and loving pairs to devoted TLC fans.

sMothered Season 2 Release Date: When will it premiere?

‘sMothered’ season 1 premiered June 9, 2019 on TLC. It is another addition to TLC’s collection of unique family shows. You must have already heard about the channel’s other titles such as ‘19 Kids and Counting’, ‘Little People, ‘Big World’, and ‘Jon and Kate Plus 8’. But ‘sMothered’ is one step ahead and takes family dynamics to the next level. As you watch its episodes, you witness mothers and daughters getting too close for comfort, almost making you cringe. But this is what makes the series so interesting, unique, and weirdly satisfactory. Moreover, it might also make you happy about your own traditional mum and dysfunctional family!

So, has ‘sMothered’ been renewed? Well, we don’t have an official announcement yet, but considering the uniqueness of the show, we expect it to get another season. Our best guess is that if the show does get renewed, ‘sMothered’ season 2 can release sometime in June, 2020. We will update this section as soon as we hear more.

While we wait for an update on season 2, check out the season 1 trailer below. If you haven’t seen the show yet head over to TLC to catch all the episodes of the first season.