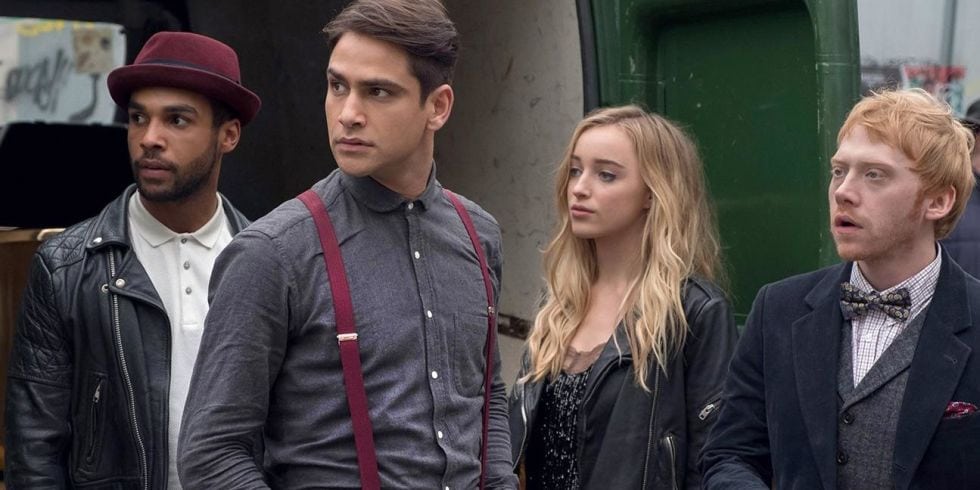 ‘Snatch’ is an American crime comedy-drama web television series that airs on Sony’s free streaming platform, Crackle. Created by Alex De Rakoff, the show is based on Guy Ritchie‘s popular crime comedy-drama movie, ‘Snatch’, which was released way back in 2000.

A relatively new show, Season 1 of ‘Snatch’, consisting of 10 episodes premiered on March 16, 2017, and it was followed by the release of a 10-episode Season 2, which premiered on September 13, 2018. While the show hasn’t done well among critics, it has still created its own fan base, and fans are now eagerly awaiting news on Season 3. Here’s everything we know about it thus far.

Snatch Cast: Who is in it?

One of the most striking aspects of ‘Snatch’ is its star-studded list of cast members.

Among the main characters, ‘Skins’ star Luke Pasqualino plays the role of Albert Hill, who is an up-and-coming Cockney hustler. ‘Harry Potter‘ series star Rupert Grint, meanwhile, steps into the shoes of Albert’s partner-in-crime, Charlie Cavendish-Scott, who hails from an aristocratic family. ‘Waterloo Road’ star Lucien Laviscount plays the role of Albert and Charlie’s friend, Billy ‘Fuckin’ Ayres, who is a local half-Irish Traveller boxer, while Lucien’s co-star from ‘Waterloo Road’, Phoebe Dynevor, steps into the shoes of Lotti Mott, a gangster‘s companion who wants to leave her life of crime behind.

If ‘Snatch’ does return for a third season, we expect a bulk of the aforementioned cast members to make comebacks and reprise their roles. Of course, those cast members whose characters’ story arcs have come to an end won’t be returning. If there are any additions to the cast for Season 3, we’ll be sure to update this section when such additions are announced.

Snatch Plot: What is it about?

Snatch is a comedy-drama series loosely based on the film, ‘Snatch’ directed by Guy Ritchie. While the plot of the movie revolved around an extremely valuable diamond, the show follows a group of young hustlers who land up with a truck full of smuggled gold that belongs to a local criminal kingpin. They are taken into the custody of the kingpin and are forced to involve themselves in the world of organized crime. The viewers are taken to Spain’s Costa del Sol where the events take place. In the second season, the young men try to release themselves from the clutch of the crime boss and escape, but the crime boss and his men take control of the entire town.

The journey of the young men becomes extremely difficult as the power of the underworld don extends over their town and follows them everywhere. They also encounter corrupt cops, crooked government officials. and international criminals which makes things even more difficult for them. In order to survive in this harsh world, the young protagonists of the show always have to think on their feet and come up with innovative solutions to complicated, and often life-threatening scenarios.

Yet, despite ‘Snatch’ being based on a successful movie, the show did not win any hearts among television critics. For instance, The Guardian, wrote a scathing review on the show, saying, “It’s less a television series and more a botched attempt to break the world record for longest bodyspray commercial. It is endlessly, desperately in thrall to Guy Ritchie. And, since Guy Ritchie was desperately in thrall to Tarantino when he made ‘Snatch’, the whole thing comes off as spectacularly inauthentic; a Xerox of a Xerox of a Xerox.” Variety wasn’t too kind to the show either, and wrote, “‘As far as fan-fiction goes, it’s splendid fun, with performers that are enjoying their romp through carefree capers. But it’s hard not to feel like everyone involved in ‘Snatch’ is just auditioning for parts in a film that was made over 15 years ago, as if wishing really hard might make it possible.”

Unsurprisingly, Season 1 of ‘Snatch’ has a poor score of 33% on Rotten Tomatoes, with the critics consensus hilariously reading, “‘Snatch’ won’t grab you.” Season 2, however, does not have a score on the review aggregator website. As far as popularity among viewers is concerned, ‘Snatch’ has a mediocre-bordering-on-good rating of 6.9/10.

Snatch Season 3 Release Date: When will it premiere?

Season 2 of the show premiered on September 13, 2018. But months before Season 2 of ‘Snatch’ premiered, the Twitter account of ‘Snatch’ announced on April 24, 2018 that the show has been renewed for a third season. However, no release date was announced.

Given the fact that Season 3’s renewal announcement came in April, and Season 2 premiered in September, we expect it’ll take at least a year before Season 3 hits our screens. So expect Snatch season 3 to release sometime in September or October 2019. We’re keeping our ears open for news on the release date of ‘Snatch’ Season 3, and we’ll update this section as soon as we hear more.

While we wait for the exact release date of Season 3 to be announced, here’s the trailer for Season 2 to give you a glimpse into the show and the story thus far.  If you haven’t seen the show yet head over to Crackle to catch all the episodes of the first two seasons.