Snowpiercer Season 2 Episode 1: What to Expect? 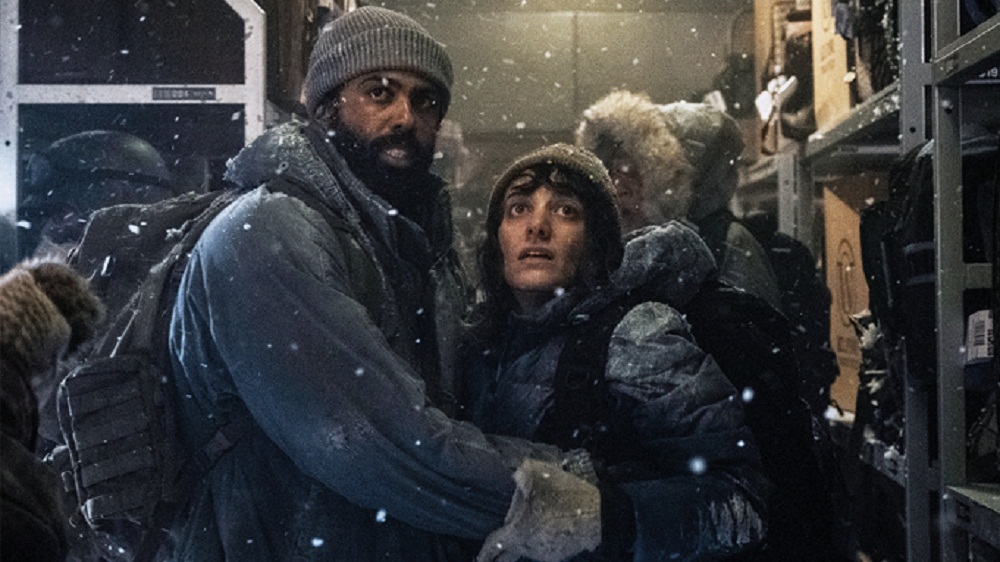 ‘Snowpiercer’ takes us through a dystopic world where human beings are pitted in a struggle for survival amidst global oblivion. The world has become a frozen wasteland due to the adverse impacts of climate change, and the last hope of survival is a perpetually moving train called the Snowpiercer. The train houses the last remaining human beings of the world and is compartmentalized based on class.

Snowpiercer is built by a billionaire named Mr. Wilford, who remains an enigma throughout the first season. Seeds of rebellion grow in the train where the underprivileged rise in mutiny to occupy the space of the privileged ones. Season 1 ends on a cliffhanger, and we decided to probe further into the narrative that season 2 has in store for us. Read along to find further details.

‘Snowpiercer’ season 2 episode 1 is slated to release on January 25, 2021, on TNT at 9 pm ET. Subsequently, the first episode will be released on Netflix UK and Ireland on January 26, 2021, at 8 am GMT. New episodes will be releasing on a weekly basis.

You can tune into the channel as well as the TNT website or the app to watch the first episode. If you don’t have a cable connection, you can watch ‘Snowpiercer’ season 2 on Directv, YoutubeTV, and Sling TV. Season 1 is available on HBO Max, which requires a paid subscription. Season 1 is also available internationally on Netflix and it can also be purchased from Amazon Prime for $22.99.

‘Snowpiercer’ season 2 episode 1 is named ‘The Time of Two Engines’. The massive announcement for the episode is the return of Mr. Wilford. At the end of season 1, we see another train named Big Alice clamp itself to the Snowpiercer. Mr. Wilford is expected to be on the train, and we will see him return to lay claim on his gigantic innovation that has saved humanity from the Freeze.

Season 2 episode 1 will divulge further details about Alexandra, Melanie’s daughter. Her return holds the key to the relationship between Mr. Wilford and Melanie, as it is speculated that Alexandra might be their child. This particular detail can addle the narrative of ‘Snowpiercer’ and provide us with a delectable story.

The episode might establish a canonical connection with the source material (French graphic novel ‘Le Transperceneige’) as there is more than one train in the narrative. In the novel, the last survivors board another train called the Icebreaker as a virus ravages Snowpiercer, and season 2 will perhaps take the story in this direction. The fates of Snowpiercer and Big Alice hang in the balance, and it remains to be seen how Mr. Wilford uses his power to control their fate.

The nascent revolution led by Layton will slowly unfold, and we might see Layton evolve into a politician trying to hold the fledgling democracy intact. Melanie is left stranded in the frozen land in her protective suit, and we can assume that she will be able to board the Snowpiercer to confront Mr. Wilford and her daughter. Ruth’s devotion to Mr. Wilford will be put to the test as she prepares to welcome him.

Due to the class divide on the train, a mutiny brews amongst the “tailies” who wants to take over the train and end the oppression. Being the last homicidal detective, Layton is called upon by Melanie to investigate a spate of murders occurring on the train. Through his investigations, Layton finds that LJ Folger, a member of the first class, is responsible for the murders as she coaxes her bodyguard Erik into committing those crimes. Layton also uncovers the secret behind Melanie and the myth of Mr. Wilford that she has been propagating.

He tries to utilize this information to fuel the mutiny but is incapacitated. Upon being rescued by Josie, he divulges the truth, hence setting a course of action that vilifies Melanie. This pits her against the Folgers who are planning a coup against Mr. Wilford. Melanie escapes her execution and helps Layton realize the revolution, thereby proffering him the control of Snowpiercer. As it turns out, Mr. Wilford arrives on another train called Big Alice, and he can undo the revolution that Layton leads. Fighting against the security and the looming threat, Layton has to deal with the precarious situation as Melanie gets stranded outside the train.

Read More: Where Was Snowpiercer Filmed?