Snowpiercer Season 2 Episode 2: What to Expect? 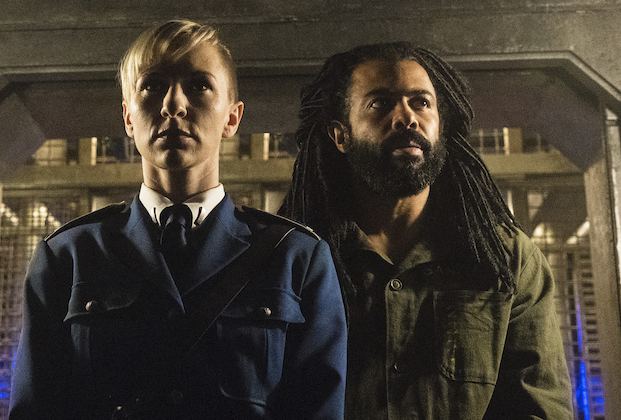 ‘Snowpiercer’ season 2 takes us to the confrontation between Mr. Wilford and Melanie. Mr. Wilford’s arrival marks a major shift in ‘Snowpiercer’s story, as his megalomaniac ways pit him right against Layton’s revolution. Big Alice is permanently attached to ‘Snowpiercer’ because of Melanie’s clever tactics, and the two parties will have to find a way to survive the ordeal. Episode 1 of season 2 bears ominous forebodings of a cold war that can jeopardize human lives on the trains. The myth of Mr. Wilford has finally dawned upon the viewers in the flesh, and we can’t wait to see how the narrative unfolds further. If you are curious about episode 2 of ‘Snowpiercer’ season 2, we have got you covered.

‘Snowpiercer’ season 2 episode 2 is slated to release on February 1, 2021, on TNT at 9 pm ET. The episode will be available on the next day in Netflix UK and Ireland at 8 am GMT. New episodes will release every Monday on a weekly basis.

Since the show releases on TNT, the best way to watch it will be to tune in to TNT and its website or the app. You can also watch ‘Snowpiercer’ Season 2 on Directv, YoutubeTV, Sling TV, or Amazon Prime. If you want to check out season 1, you can watch it on HBO Max, which requires a paid subscription. Season 1 is available internationally on Netflix.

We finally see the arrival of Mr. Wilford in the ‘Snowpiercer’ universe. His presence has definitely shaken things up, as Mr. Wilford has plenty of resources at his disposal. Mr. Wilford’s interaction with Melanie indicates that they have a long history. Episode 1 teases this connection, which will be picked up in the next episode titled ‘Smolder to Life’. We might see Mr. Wilford and Melanie try to even things out, and it remains to be seen whose side Melanie takes.

Though it might seem obvious that Melanie will go with Snowpiercer, her daughter’s presence makes it complicated. Alexandra, Melanie’s daughter, is visibly disgruntled at Melanie for abandoning her. Mr. Wilford grooms Alexandra, and her loyalty to him seems intact. It will be interesting to see how Melanie tries to pacify and protect her daughter from Wilford’s influence. Also, Alexandra’s possible association with LJ Folger seems very intriguing, given that both have a ruthless yet demure disposition. Episode 2 will perhaps reveal a lot in this regard.

Episode 1 reveals an important plot point: the snow that Melanie collects while she is outside. It indicates that the Freeze has started to thaw to lower temperatures conducive for snow. Episode 2 will delve into this phenomenon, and as Big Alice is replete with scientific know-how, we can expect analytical details. The extent of Layton’s martial law is yet to be seen, and we shall perhaps witness the initiation of war. His impending parenthood has the potential to change things aboard Snowpiercer, and episode 2 might open this sub-plot further. Episode 2 awaits a violent showdown as people will pick sides to survive their fates.

As Big Alice clamps onto Snowpiercer, Melanie’s daughter, Alexandra, comes out with a list of erratic demands from Mr. Wilford, which, if not met, shall risk the life of Snowpiercer. Melanie is out in the freezing conditions, trying to sever the connection between Big Alice and Snowpiercer. She ultimately manages to climb aboard Big Alice after setting a trap and collecting some snow particles. She is surprised to see her daughter but is apprehended.

Mr. Wilford has a boastful and condescending conversation with Melanie, through which we get to know his narrative. Mr. Wilford is surprised that Melanie has lost control of Snowpiercer and Layton now manages the train. Meanwhile, Layton plans to strike Mr. Wilford and, sensing an opportunity, launches a skirmish. The attack fails in a matter of time when a huge mutant-like figure, unfazed by the Freeze, stops them.

It is revealed that Mr. Wilford possesses some scientifically modified resources and can change things radically. Nevertheless, Kevin from Big Alice is captured and is supposed to be used as a bargaining chip to secure Melanie’s freedom. Irked by this, Mr. Wilford orders the detachment of Snowpiercer that will leave the train to freeze in no time. As Alexandra pulls the kill switch, Melanie’s trap sets off, conjoining the two trains permanently.

Read More: Where Was Snowpiercer Filmed?