Snowpiercer Season 2 Episode 6: What to Expect? 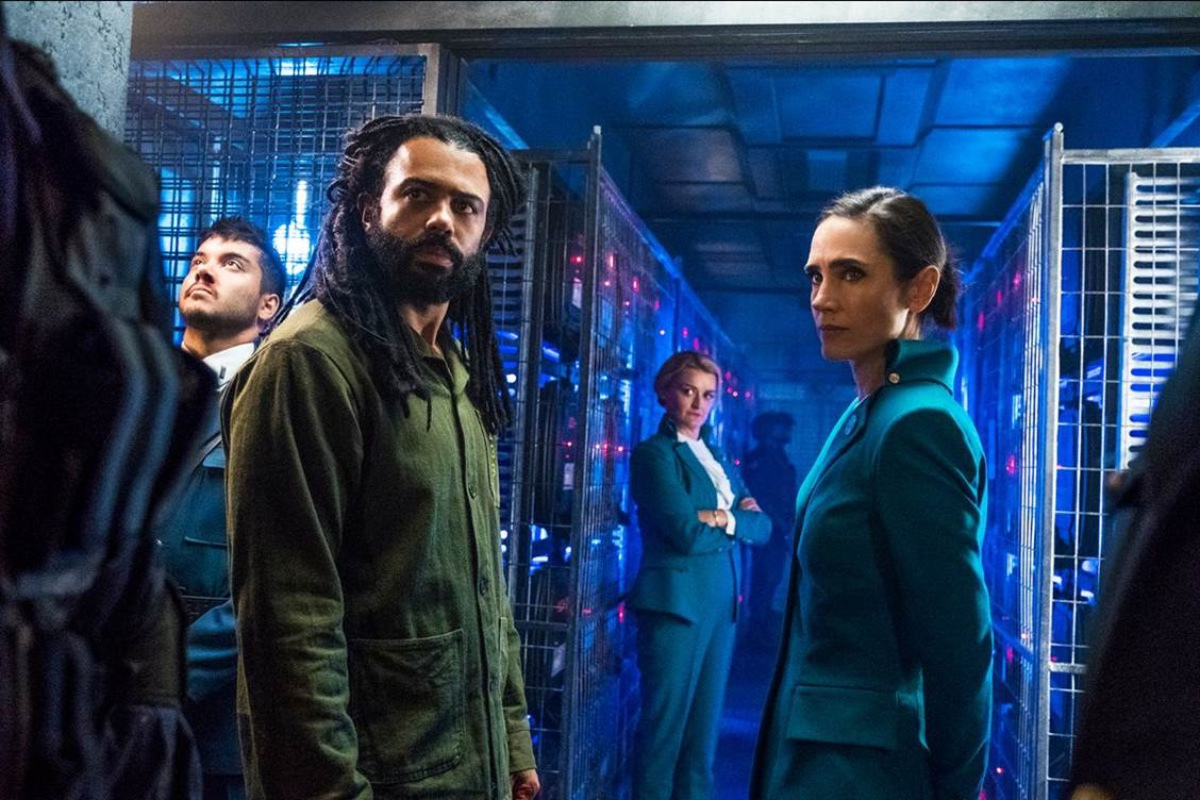 ‘Snowpiercer’ season 2 episode 5 delves deep into the minds of its lead characters. Everyone undergoes serious doubts and mental tribulations in the light of Snowpiercer and Big Alice’s rivalry. Despite her harrowing condition, Josie continues her quest to help Layton maintain the fragile balance aboard Snowpiercer. Zarah inhabits the teal uniform in all its glory and tries to establish her presence in the trains’ power circles. Layton’s leadership stands in the throes of being challenged by his subjects, a fact Mr. Wilford can utilize for his own benefit. The next episode stands to deliver an exciting story, and if you are curious about it, we have got your back!

‘Snowpiercer’ season 2 episode 6 is slated to release on March 1, 2021, on TNT at 9 pm ET. New episodes are scheduled to drop in every Monday.

You can watch ‘Snowpiercer’ season 2 episode 6 by tuning in to TNT via its website or the app. ‘Snowpiercer’ Season 2 is also available on Directv, YoutubeTV, Sling TV, and Amazon Prime (for purchase). If you haven’t watched the first season, you can access it on HBO Max, which requires a paid subscription. Season 1 and 2 are also available internationally on Netflix.

Audrey decides to stay with Mr. Wilford at the end, which is a moral victory for the scheming patriarch. Their story reveals a complicated relationship that will perhaps be explored in the upcoming episode titled ‘Many Miles From Snowpiercer.’ Audrey might try to gain intel on Big Alice, and Mr. Wilford’s knowledge of these developments creates an interesting situation.

In the fifth episode, Melanie fails to establish an uplink with the weather balloons deployed by Snowpiercer. The next episode might take us into Melanie’s treacherous journey to the weather station as we haven’t seen her since she deboarded Snowpiercer. An interesting parallel is on the horizon—Melanie kept Mr. Wilford’s myth alive while she was in Hospitality, and now Ruth is doing the same with Melanie’s character. Ruth believes that Melanie is a reason for hope, and she will try her best to maintain the lies to calm the passengers’ nerves.

Icy Bob turns out to be a reasonable being, and his conversation with Josie indicates that there may be more to the Headwoods than what appears on the surface. What happens in the aftermath of the breachmen’s murder by hooded figures? How will Pike and Till react to these developments? Will Josie recover completely? Well, we have to wait for the next episode to find our answers and learn further about the narrative of ‘Snowpiercer.’

Josie is under the care of the Headwoods, who experiment on her with their revolutionizing “goop.” Icy Bob reveals the composure of his mind when he helps Josie overcome her pain. Mr. Wilford reminisces about his past liaison with Audrey and even sends her an invitation to join him in Big Alice. Layton tells Audrey to gather more information regarding Mr. Wilford’s plan. Alex is miffed at Mr. Wilford’s association with Audrey and questions why she can’t meet LJ Folger.

Layton decides to employ Pike to kill Terence since he threatens to leak information about Josie being an informer. Meanwhile, Layton is wary of Mr. Wilford’s plan and starts preparing for any eventuality. Till and Pastor Logan have a hearty conversation that entails a bout of sparring between them. Logan hints that everything is not right with Layton’s leadership as there can be a possible dissent in the society of Snowpiercer.

The engineers of Snowpiercer are concerned for Melanie as she fails to connect with the weather balloon. They decide to keep the truth hidden from everyone, including Mr. Wilford. Ruth announces that Melanie has established the uplink, a lie that keeps the passengers’ hopes alive. Meanwhile, hooded assailants eliminate the breachmen — the group trained to repair the train from the outside. Audrey stays back with Mr. Wilford as she passes the opportunity to come back to Snowpiercer.