Snowpiercer Season 2 Episode 7: What to Expect? 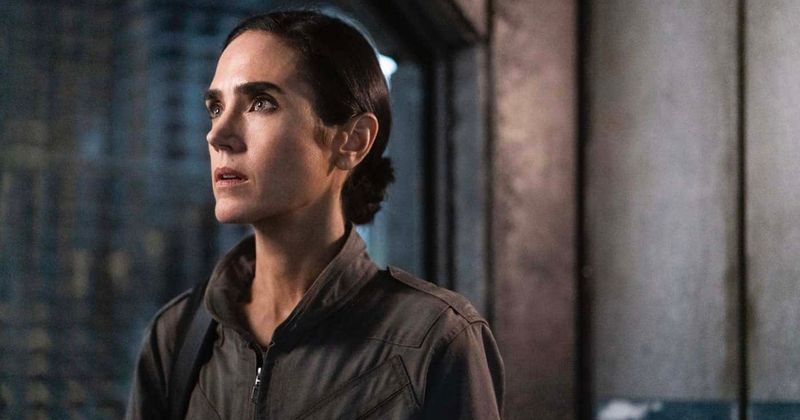 Episode 6 of the second season of ‘Snowpiercer’ takes us into the story of how Snowpiercer came into existence. Melanie and Mr. Wilford’s relationship is brought to light through flashbacks. Melanie ventures out into the unforgiving conditions of the Freeze as it is upon her to map out climate data. Her ordeals are tough, to say the least, as she has to navigate her way through food shortage to complete the task at hand. Treading the thin line between reality and fiction, the episode delves deep into Melanie’s mind. The upcoming episode will perhaps give us a clear picture of what has transpired in Snowpiercer. If you are curious about the next episode, we have got your back!

‘Snowpiercer’ season 2 episode 7 is slated to release on March 8, 2021, on TNT at 9 pm ET. New episodes are scheduled to drop in every Monday.

You can watch ‘Snowpiercer’ season 2 episode 7 by tuning in to TNT via its website or the app. ‘Snowpiercer’ Season 2 is available on Directv, YoutubeTV, Sling TV, and Amazon Prime (for purchase). The first season is available on HBO Max, which requires a paid subscription. Season 1 and 2 are also available internationally on Netflix.

In the previous episode, Melanie’s state of mind becomes clear from her conversations with the hallucinations. Mr. Wilford’s apparition mocks her, and we feel that Melanie desperately wants to achieve closure in her association with the scheming villain. In the end, she sees the train leave her at the weather station. It is unclear whether it is her hallucination or reality.

The next episode, titled ‘Our Answer For Everything,’ will take us to the reality of the situation. Perhaps we will see how Melanie is able to deal with the grim situation that jeopardizes her existence. Moreover, we can expect the next episode to deal with the aftermath of the breachmen’s murder and how Mr. Wilford plans to usurp absolute power. How will Layton and Alex face Mr. Wilford’s machination? Perhaps we will have all the answers as the story unfolds further.

Audrey and Josie are still on the Big Alice. We do not have any details regarding their choices and developments. So, we might see their interaction with Mr. Wilford and how Josie continues to help Layton. The cliffhanger in the last episode can go either way as we wait to see the full extent of the reality involving the lead characters.

The episode takes us through Melanie’s journey into the research station. The frozen climate has claimed its victims as the previous occupants of the research station lay dead from an apparent case of suicide. Melanie makes the equipment operational, but unfortunately, an avalanche damages her food supply. Moreover, she spots a rat in the station and tracks it down. She uncovers a geothermal vent behind a wall, which seems like a glimmer of hope in the harsh environment.

Melanie is plagued by hallucinations of Mr. Wilford, Layton, and Alex. Mr. Wilford and Layton’s conversation points out her own fears and insecurities. Melanie has changed a lot in these years as her past deeds come back to haunt her. We finally get to see how Snowpiercer came to life and the reasons that led her to abandon Mr. Wilford and Alex.

Through this information, it becomes clear that Mr. Wilford cares about himself and his pleasures, whereas Melanie looks at Snowpiercer as a savior of humanity. Battling through her anxieties, she goes out to repair the damaged tower. Melanie is able to bring it back online, but unfortunately, in the end, she sees the train whiz past the station without picking her up. Alex is seen crying out loud from a window that has ominous forebodings.