So Not Worth It Season 2: Everything We Know 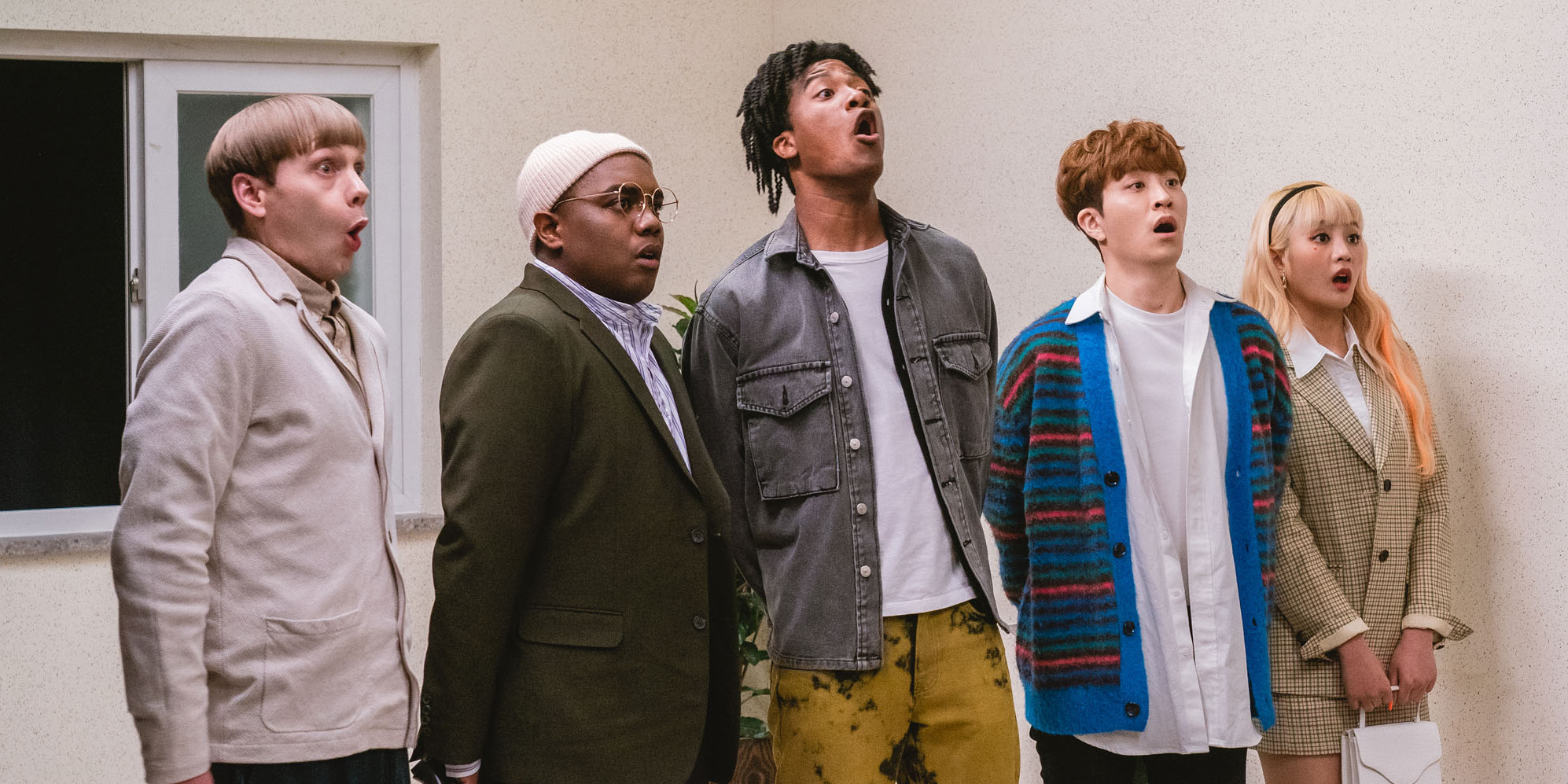 ‘So Not Worth It’ is a Korean sitcom created by Kwon Ik-joon, Kim Jung-sik, Seo Eun-jung, and Baik Ji-hyun. It follows a group of friends from multicultural backgrounds who reside in a college dormitory. The storylines revolve around their friendships, relationships, and amusing adventures together. The series originally released in June 2021.

The Netflix original has gained a lot of traction for redefining the depiction of the socio-cultural landscape of modern-day South Korea. The series features Han Hyun-min (Hyun-min), the first Korean model of African descent to gain recognition. The cast also includes Choi Young-jae (Sam) and Minnie (Minnie), who are popular K-pop artists. Soon after season 1 debuted on the streamer, the fans have been waiting with bated breath for news about a potential season 2. If you are wondering whether the show will carry on after season 1, here is everything you want to know!

So Not Worth It Season 2 Release Date

As for the second edition of the show, here is what we’ve got. There is currently no news regarding whether or not there will be another season, but it seems highly likely. For one, the show has already received a lot of attention due to its diverse cast. But the biggest wow factor for this sitcom is that it has been created by the dream team of the Korean television industry. It is helmed by Ik-joon, who is a big name in the genre and has delivered hits like ‘Three Guys and Three Girls’ and ‘Nonstop.’

The series was first announced in September 2020 and released in June 2021. This means that the production team requires at least nine months to complete filming and post-production work. In addition, Netflix usually waits for 2-3 months before green-lighting another installment of a show so that it can assess how it has been received by the viewers. Therefore, we might have to wait for at least another year for season 2 if it is given the go-ahead. So, if Netflix orders another round by Fall 2021, we can expect ‘So Not Worth It’ season 2 to release sometime in Summer 2022.

So Not Worth It Season 2 Cast: Who can be in it?

The key cast members in season 1 are Park Se-wan (Se-wan), Shin Hyun-seung (Jamie), Choi Young-jae (Sam), Minnie (Minnie), Han Hyun-min (Hyun-min), Carson Allen (Carson), Joakim Sorensen (Hans), and Terris Brown (Terris). If the show returns with a second installment, we can expect most of these actors to reprise their roles. We might also see some new faces.

So Not Worth It Season 2 Plot: What can it be About?

In the first season, the gang goes through some usual and some unusual ups and downs of college life. Hyun-min is desperate for college accommodation since it is a long commute from home. He manages to squirm his way into the college dormitory, but the arrangement only holds good temporarily. Romance is in the air as Jamie and Se-wan start a relationship, and Sam and Minnie also couple up. But naturally, it is not without drama. If the show is greenlit for the second round, we can expect more shenanigans from this group of friends as they navigate the interpersonal equations.