Will There be a Sofia the First Season 5? 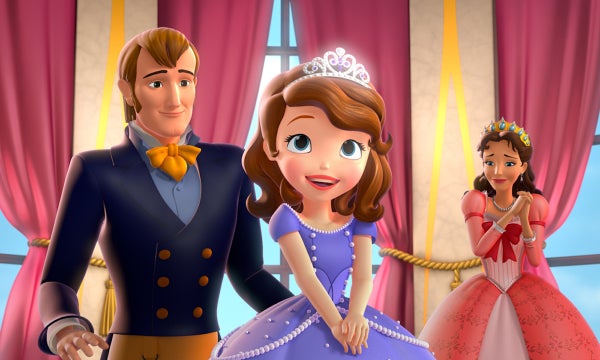 ‘Sofia the First’, the dreamy kids’ animated television series, originally premiered with its pilot episode on Disney Junior on November 18, 2012. The full-fledged show then started airing from January 2013 onward. Produced by Disney Television Animation, it is directed by Jamie Mitchell and created by Craig Gerber. The story revolves around the titular character Sofia, who is introduced to the world of royalty when her mother gets married to King Roland II of the Kingdom of Enchancia. Now, the little princess must adjust to a life within the grand palace walls as she learns new lessons about friendship, loyalty, and bravery.

Sofia the First Cast: Who is in it

Ariel Winter from ‘Modern Family’ fame serves as the voiceover artist for the lead character Sofia, the young, adventurous, and outdoorsy peasant girl who becomes a princess when her mother marries King Roland II. Sofia is the owner of the mystical Amulet of Avalor, which gives her powers to communicate with animals and the magical gem even summons other princesses from Disney’s world. Sofia uses her abilities to help other princesses in need. She defeats the evil Prisma and then joins the Protectors to save her kingdom from multiple antagonists.

Sofia the First Plot: What is it about?

‘Sofia the First’ is about a young girl named Sofia who resides with her mother Miranda in a village. However, after a pleasant turn of events, Miranda gets married to King Roland II, the ruler of the kingdom of Enchancia. This causes the mom-daughter duo to ditch their peasant lives and embrace a new life of royalty, grandeur, and power.

Sofia is now a princess and requires to adjust to these new surroundings, She has to get along with her blended family, which includes her friendly, elder step-brother James and spoiled older step-sister Amber. Upon her arrival in the palace, Sofia gains control over the magical amulet that enriches her with several powers.

The rest of the story follows Sofia’s multiple adventures as she faces several antagonists. The royal sorcerer Cedric is one of the leading villains who wants to steal Sofia’s amulet, which is used by the young girl to summon Disney princesses in times of need. The gem even gives blessings and curses to its bearer, based on their acts of kindness or cruelty, respectively. However, Cedric wants to get the amulet so that he can become Enchancia’s new ruler.

In season 4, Sofia finally succeeds in defeating the evil Prisma and becomes the first human with no magic powers to ascend to the ranks of the Protectors. She is helped by Chrysta to become a trained Protector. However, when Prisma escapes and teams up with Twitch, Sofia needs to stop the villains before they obtain all of the “Wicked Nine” — a collection of nine items that had belonged to nine major antagonists from the Disney realm.

Sofia the First Season 5 Release Date: When will it premiere?

The show was a huge success when it landed with its pilot episode on November 18, 2012, garnering 8.17 million viewers — making it the number one cable TV telecast of all time for kids aged two to five years.

Now, as far as a fifth season goes, it has already been confirmed that season 4 would be the last and final season from the series. Voiceover artist Ariel Winter made this announcement via her Instagram handle through a heartfelt tribute, stating, ‘It’s taken me so long to post about the ending of Sofia The First because for a large part of my life, it is a project that has been so near and dear to my heart.’ So, it is officially confirmed that ‘Sofia the First’ season 5 stands cancelled.

However, on a brighter note, Disney announced a spinoff on January 29, 2015. Titled ‘Elena of Avalor’, it premiered on July 22, 2016. Additionally, a television film landed on November 20, 2016, titled ‘Elena and the Secret of Avalor’, which features many characters from ‘Sofia the First’. So, we do hope that this endearing kids’ show will continue making reprisals in one form or another.

You can watch the official trailer for the season 4 finale titled ‘Forever Royal’ below: