Will There be a Someone Has to Die Season 2? 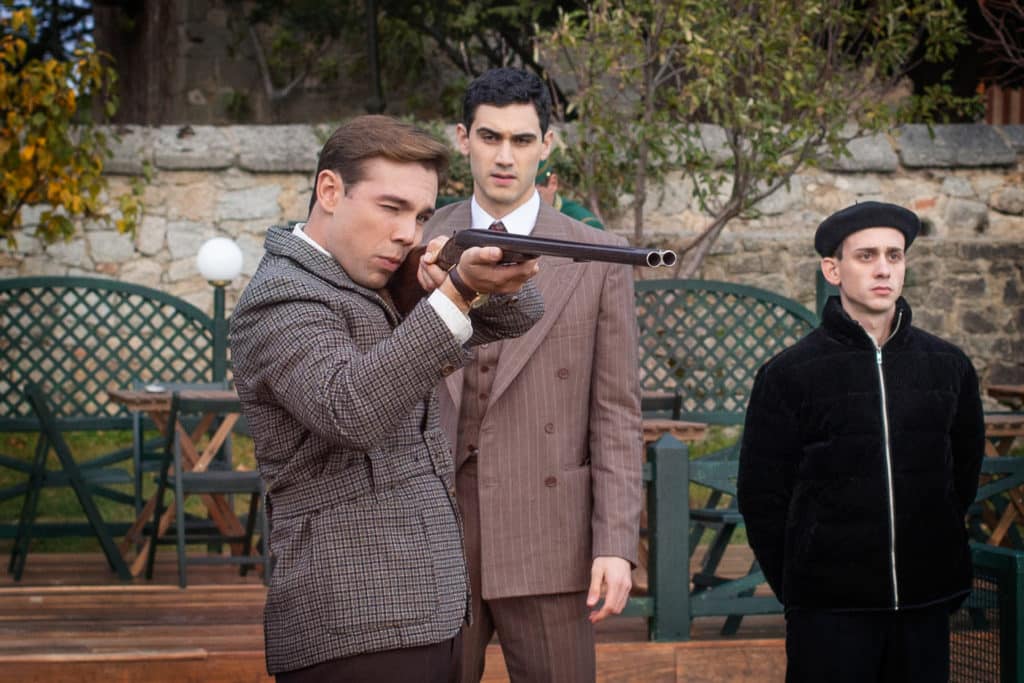 Netflix has done it again! It dropped yet another sophisticated period drama — a mix of homophobia, conservatism, family, and change, set in 1950s Spain. Titled ‘Someone Has to Die’, this Spanish-Mexican thriller is created by Manolo Caro (‘The House of Flowers’). What happens when a traditional, elite clan welcomes their son back home to get married to the bride of their choice? Especially when the young man is involved with a mysterious ballet dancer? As you can predict, it leads to disastrous repercussions. And in this case, we are dealing with the most extreme consequence – murder!

‘Someone Has to Die’s first season features a short episodic run. Owing to its numerous twists, viewers finished bingeing on the show at one go. Now, they are curious to know if the drama will spawn another season. Well, let’s get started!

Someone Has to Die Season 2 Release Date:

‘Someone Has to Die’ season 1 premiered on October 16, 2020, on Netflix. It consisted of three episodes. First things first. This particular series was conceptualized as a mini-series. Therefore, it’s not a surprise that the story wraps up neatly in the first season itself. And as you can guess, chances of renewal are rare. We can safely assume that ‘Someone Has to Die’ season 2 is most likely canceled.

Someone Has to Die Cast: Who is in it?

‘Someone Has To Die’ is helmed by a Spanish and Mexican cast. Most of these names are well-known in Spain and Mexico. Alejandro Speitzer essays the role of dutiful son Gabino. Isaac Hernández portrays a ballet dancer named Lázaro, who is in a mysterious relationship with Gabino. Cayetana, Gabino’s somewhat manipulative fiancee, is played by Ester Expósito. Carlos Cuevas stars as Alonso, who is not quite happy with Cayetana’s upcoming wedlock.

Someone Has to Die Plot: What is it About?

Set in 1950s Spain, this three-part limited series, called ‘Alguien Tiene Que Morir’ (in Spanish), starts off by introducing us to an affluent young man named Gabino. He is in Mexico but is then summoned to Spain by his parents to get married to the girl (Cayetana) of their choice. However, Gabino does not reach alone. He is accompanied by the mysterious ballet dancer, Lazaro — and both the guys seem to have a thing for each other.

Of course, the family does not take this turn of events lightly. However, the problems do not stop at heartbreak or prestige issues. Homosexuality in Francoist Spain was illegal. And ‘Someone Has to Die’ highlights the consequences of individuals who dare to defy the norms. Therefore, it is not a surprise that Gabino and Lazaro’s illicit romance culminates in murder. So who dies? And who is the perpetrator? This is the central plotline of ‘Someone Has to Die’ — a whodunnit mystery that wraps up in the finale! Or, does it? Watch the show and find out for yourself.