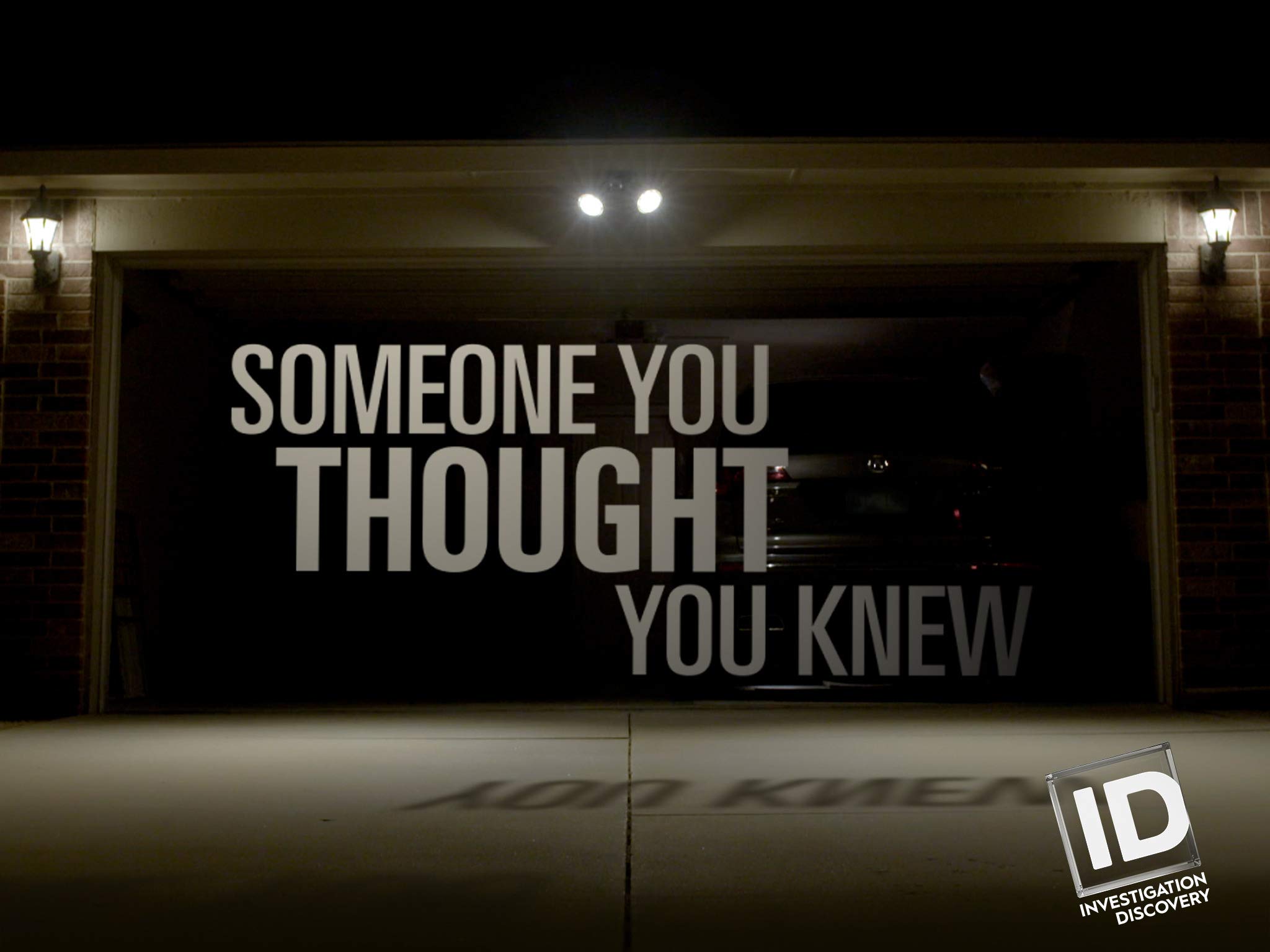 Did you think that the most brutal of crimes are committed by unknown strangers? If you did, let’s stop you here a bit. According to statistics, only around one-fourth of homicides in the US are carried out by an individual totally unfamiliar to the victim. In fact, approximately 75% of murders are committed by someone you know. At times, it may appear that a criminal is just a random intruder. But often, this is not the case. There is something much more dangerous, lurking beneath the surface — deftly formulated moves and a plot curated by someone you knew or you thought you knew.

‘Someone You Thought You Knew’ is a true-crime documentary that narrates real-life incidents, which were carried out by known people. These manipulators committed a ghastly murder while scheming a plot right under the victim’s nose. The true-crime-inspired series follows some of the most gruesome homicides and introduces us to murderers, who are experts in deception and lies.

‘Someone You Thought You Knew’ is produced by Anomaly Entertainment and is executive produced by Matthew Kelly, Michael Sorensen, and Mark Marabella.

Someone You Thought You Knew Cast: Who is in it?

Every episode of the show is narrated by actor and producer Jason Hildebrandt. He is best known for his work in ‘Black Hawk Down’, ‘The Deli’, and ‘Killer by Nature’.

Alongside him, we witness first-hand accounts from detectives, police officers, and close people of the victim, who were involved in the featured case. There is also an ensemble cast of actors who re-enact the scenes from the crimes, in order to give us a real-time view of the incidents when they happened.

Hildebrandt is expected to return as the host for season 2.

Someone You Thought You Knew Plot: What is it about?

Crimes are the most unnerving when you absolutely don’t see them coming. When they arrive unannounced and when you realize that the perpetrator is a person who was actually close to you at some point in your life. It often happens that you trust someone but he/she holds an ulterior motive underneath — unknown to you. At times, these sinister motives are so deadly, that they even lead to murders. ‘Someone You Thought You Knew’ narrates some of the most shocking cases when victims were killed by people they “loved, trusted and thought they knew … but really didn’t know them at all.”

Each story follows a twisted plot where detectives are puzzled by a certain turn of events. But gradually, after decoding the slightest of clues, investigators uncover the truth — something which nobody saw coming. Somewhat on the lines of ‘The Killer Beside Me’, these psychological, suspense-packed tales almost resemble the story-arc of a classic thriller.

One of the cases is about Gary and Jan Tyrrell, a doting couple, residing in the charming neighborhood of Springfield, Mo. However, when both these individuals are murdered, friends and neighbors suspect that someone close to the pair might be the killer. Next, is the homicide of an entrepreneur named Chris Northam, who lives in Roseville, Cal, and is planning a business dealing with extreme sports. When his body is discovered with multiple gunshot wounds, detectives take up the case with his employees and his mistress in order to apprehend the perpetrator.

Kevin and Tabatha Bryant stay in Penfield, N.Y., along with their two sons. One day, Tabatha’s body is uncovered, with several stab marks. Investigators gradually trace down clues which point to a steamy affair and secret double lives. Yet another case is of Rob and Brenda Andrew, a religious couple, having their home in the Bible Belt of Oklahoma City. But a gruesome home invasion leaves both of them dead. Further investigations prove that the mastermind is someone very close to the couple.

William Walker, a firefighter, resides in Cleveland and is recently married to Uloma. After William is gunned down in their driveway, cops suspect everyone related to the couple. Bill and Mary Yoder own a medical venture and live in a locality near Utica, New York. However, Mary succumbs to a mysterious disease. When detectives probe the case, they uncover that her ailment was not merely an accident. It was a carefully planned murder.

Someone You Thought You Knew Season 2 Release Date: When will it premiere?

‘Someone You Thought You Knew’ season 1 premiered on Investigation Discovery on August 2, 2018. After spanning six episodes and following a weekly schedule of airing one episode every Thursday, it concluded with its finale on September 6, 2018. Each episode for the first season spans a run-time of 42 minutes.

After the first season, the show was renewed for another installment. ‘Someone You Thought You Knew’ season 2 is set to premiere on September 2, 2019. The latest season embraces the same concept and is expected to feature more twisted tales of shocking murders and the killers hiding dark secrets behind fake masks.

Someone You Thought You Knew Trailer:

Below is the official trailer for ‘Someone You Thought You Knew’. If you have not watched the show yet, head over to ID and catch up on all the previous episodes.