Something in the Rain Season 2: Premiere Date, Cast, Recap, Update 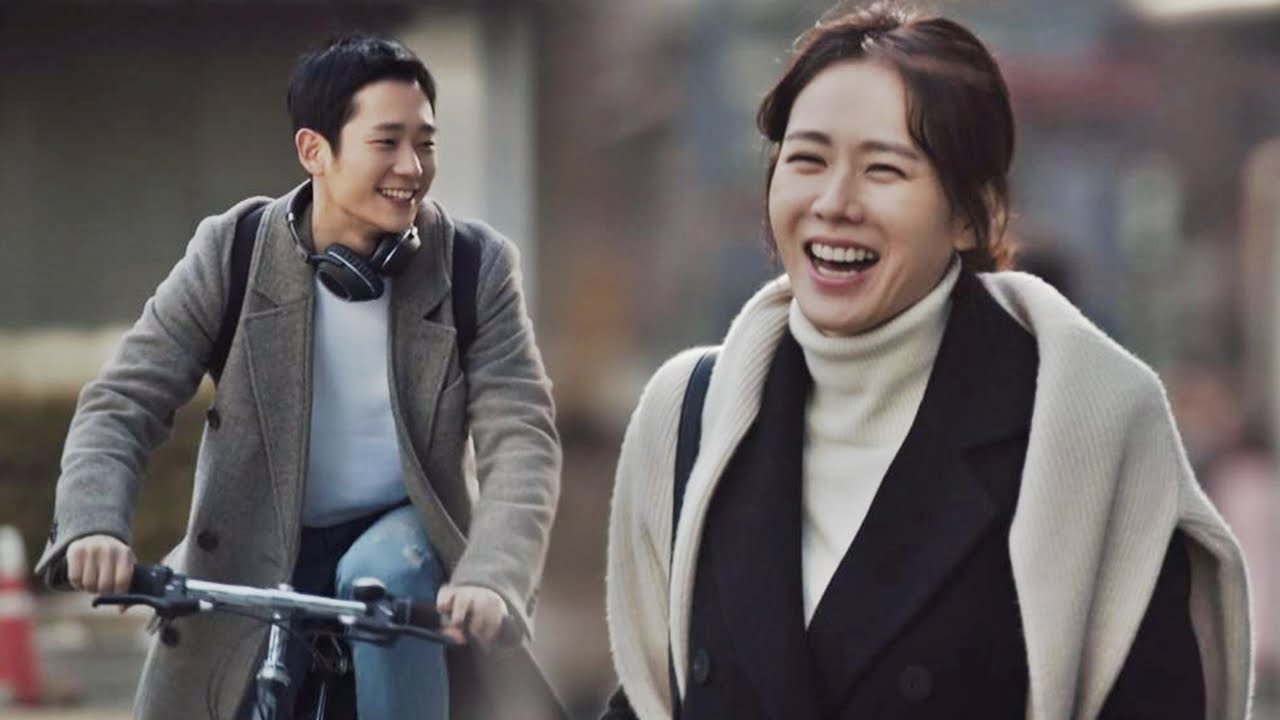 A soft, romantic foray into the genre of K-dramas, ‘Something in the Rain’ aka ‘Pretty Noona Who Buys Me Food’ is directed by Ahn Pan-Seok. The story is about two individuals who start a relationship as “just acquaintances” and then progress to become “a genuine couple”.

Something in the Rain Cast: Who is in it?

‘Something in the Rain’ stars Son Ye-jin from ‘The Classic’ fame as Yoon Jin-ah. A 30-something, single women, she works as a store supervisor in a coffee shop. Although quite friendly and easy-going, she leads a hollow life. Best known for his role in ‘While You Were Sleeping‘,  Jung Hae-in plays the character of Seo Joon-hee. He is the younger brother of Kyung-Seon (enacted by Jang So Yeon), Jin-ah’s best friend and is employed as a character designer in a computer video game company. He was abroad for three years and returns to his hometown at the onset of the series.

Something in the Rain Plot: What is it about?

‘Something in the Rain’ explores the unconventional genre of shows which depicts the turmoils of age-gap relationships. The tale is about 35-year-old Yoon Jin-ah and the 20-something Seo Joon-hee. Jin-ah, even after so many years, has not experienced how it feels to really date a man. A bit clumsy, reckless, and straightforward, she is dumped by a guy she wanted to marry. It seems, according to him, she is not quite attractive. This is when she meets, Joon-hee, Jin Ah’s childhood bestie’s younger brother. She remembers him as the little boy who used to live next door. However, when he reappears before him, all muscles and a cute smile, after an international stint, she is hit by a sudden feeling — this time, she might actually fall in love.

After the pair meets, they gradually start developing an inkling of romance which soon grows into a full-fledged relationship. But, the couple needs to tackle numerous obstacles and prejudices that come their way.

Of course, since it is a romantic drama, there are certain cliches, such as cheesy dates over meals, nightly walks around Seoul, a stay-in at a quaint cottage in the outskirts, and a lot of scenes underneath umbrellas and rains. However, what makes this series unique is Joon-hee’s open appreciation and true feelings for Jin-ah, irrespective of her age (which according to society is an asset with depreciating value). Apart from the beautiful, selfless, and adorable bond of the lead characters, there’s also Jin-ah’s relationship with her parents. She is often under pressure to find a husband and settle down. Additionally, she needs to cope up with the sexist environment at her workplace, where her boss often tries to cross his boundaries.

‘Something in the Rain’ does a matured job in portraying that taboo relationship where a young man falls in love with an older woman. There’s a perfect male protagonist who is on the search of true love and a strong, heartbroken female with some sort of society-induced handicap. However, its touch on societal stigma is something that women from everywhere can relate to. Moreover, even the depiction of love is realistic, something that even ordinary couples can connect to.

In short, ‘Something in the Rain’ is not only the story of a man and a woman, but it also explores several other relationships — those between a parent and child, boss and employee, and friendship. So, give it a try if you really wish to enjoy a wholesome, dignified Korean show.

Something in the Rain Season 2 Release Date: When will it premiere?

‘Something in the Rain’ season 1 premiered on JTBC on March 30, 2018. It aired on the channel every Friday and Saturday at 23:00 KST. Spanning 16 episodes, it concluded with its finale on May 19, 2018. As for the international viewers, it debuted on Netflix on April 13, 2018. Currently, all of the episodes are available on the platform, complete with subtitles.

When asked about a renewal, actress Son Ye Jin replied, “The drama ended before [the characters] fully developed. It’s so that we can feel for them and grow by watching these sides of them.” She also added that there’s still a lot more left for the series to explore. For instance, do Yoon Jin Ah and Seo Jun Hee get married? If they do, how will Kyung Seon react?

After such an overwhelming response, audiences would surely demand more of this heartfelt love story. Hence, we can be almost positive that the makers may actually decide to go for another installment, though they haven’t made any official announcement yet. And if that happens, we can expect ‘Something in the Rain’ Season 2 to release sometime in the months of March, 2020. We shall update this section with more concrete news as and when we learn more.

Something in the Rain Trailer:

While we wait for an update on season 2, check out the trailer for season 1 of the show here. Moreover, if you have not watched the series yet, head to Netflix and binge on all the 16 episodes.