Somewhere Between Season 2: Cancelled or Renewed? 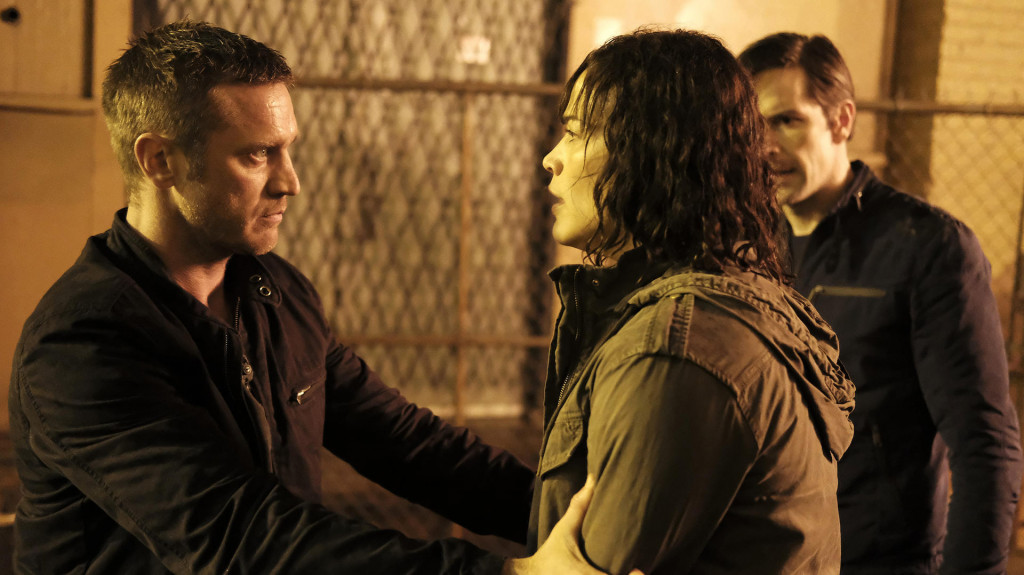 ‘Somewhere Between’ is an American mystery drama television series that airs on the ABC network. Developed by Stephen Tolkin, the show is based on a Korean mystery television series called ‘God’s Gift: 14 Days’, which is created by Choi Ran and aired on SBS in 2014. While the characters’ names are changed in the ABC version of the show, the essence of the story remains the same as the original show, and follows a mother who desperately tries to alter her murdered daughter’s fate.

On February 16, 2016, ABC announced that it had ordered a 10-episode American remake of the Korean show, ‘God’s Gift: 14 Days’. Just weeks after the announcement, filming for the show began in Vancouver, and a bit over a year later, Season 1 of ‘Somewhere Between’ premiered on July 24, 2017. However, the remake was not received particularly positively, much ABC’s dismay. Consequently, a month after Season 1 of the show saw its conclusion, ABC, in October 2017, announced that it had cancelled ‘Somewhere Between’.

Somewhere Between Cast: Who is in it?

Although ‘Somewhere Between’ has a limited list of characters, all of them have an important part to play in the narrative.

In the show, Paula Patton plays the role of the protagonist Laura Price, who is a loving mother and a local news producer in the city of San Francisco. Laura uses her sources to help police, and while she’s tracking down a notorious serial killer, her life gets upended when the killer abducts and murders her daughter, Serena. Devastated by her loss, Laura attempts to take her own life, but she inexplicably wakes up a week before her daughter’s death. Despite being unable to explain the “reset” moment, Laura has to do everything within her power to track down the killer in time to save her daughter from getting murdered.

Devon Sawa also plays a major character in the show, that of Nico Jackson. A former San Francisco Police Department (SFPD) detective, Nico has his own emotional baggage, which includes the murder of his fiance, Susanna Spencer, and the incarceration of and death sentence handed out to his brother, Danny. Following a dishonourable discharge from the SFPD, Nico starts working as a private investigator, and after nearly getting killed during one of his investigations, he too has a “reset” moment like Laura and wakes up a week before Serena’s death.

JR Bourne, meanwhile, plays the role of Laura’s husband and district attorney Thomas “Tom” Price, who prosecuted the case against Danny and sentenced him to death. After Laura’s “reset” moment, Tom becomes increasingly concerned about her erratic behavior, and later in the show, it emerges that he had some secrets about Danny’s case. Laura and Tom’s daughter, Serena Price, is played by Aria Birch.

Noel Johansen plays the role of Nico’s mentally challenged brother Danny, who is convicted of killing three women, including Nico’s fiance Susanna. However, not everything is as it seems with Danny’s case, and although he is executed by lethal injection, Nico gets the chance to change his fate after his “reset”. Danny also has a mentally challenged daughter called Ruby, whose role is played by Imogen Tear. Catherine Barroll, meanwhile, plays the role of Nico and Danny’s mother, Grace Jackson, who is among a handful of people who believe Danny is innocent.

Somewhere Between Plot: What it is about?

A successful and celebrated news producer in San Francisco, Laura Price is doing well for herself in life, and has a likable 8-year-old daughter and a sensitive husband serving as the district attorney of the state. She has everything one could ask for in life.

As the show progresses, Laura learns of several killings by a notorious serial killer in her vicinity, and is shaken by the thought of the killer murdering her innocent daughter. Haunted by this thought and driven by a desire to prevent more killings, she starts helping the SFPD in their efforts to track down and nab the killer, who has been on the loose for a while. However, despite Laura’s attempts to prevent more murders, her nightmares come true when the killer kidnaps Serena, takes her to an isolated place, and murders her. Absolutely devastated by the loss of her daughter, Laura struggles to cope, and even tries ending her life in the lake where her daughter’s body was found.

However, instead of ending up dead, Laura’s attempted suicide inexplicably results in her waking up a week before Serena’s abduction and murder. Knowing what fate awaits Serena, Laura has to embark on a race against time to save her. For doing so, she enlists the help of a former cop-turned-investigator called Nico, who himself has suffered a reset like herself. Nico, for his part, has his own demons to confront, and the two, aided by others, embark on nerve wracking journey to prevent the deaths of those they love.

Although the story is a compelling and engaging one, ‘Somewhere Between’ failed to impress viewers, who gave it a very mediocre rating of 6.2/10 on IMDb. While aggregated critic reviews for the show aren’t available, publications like The New York Times were not too impressed with the show either.

Less than a year after Season 1 of ‘Somewhere Between’ saw its conclusion on September 19, 2017. The Hollywood Reporter, on May 12, 2018, reported that ABC had pulled the plug on the show. The publication also reported that the reason behind the show’s cancellation was that it managed less than two million total viewers. There’s a slim chance of the show being picked up by some other network, but we aren’t very hopeful of that happening either. So, for now, Somehwere Between season 2 stands cancelled.

With no new upcoming seasons, there’s nothing to look forward to as far as ‘Somewhere Between’ is concerned. However, we have attached the trailer for Season 1 below to give you a glimpse into the show in case you’re interested in it.