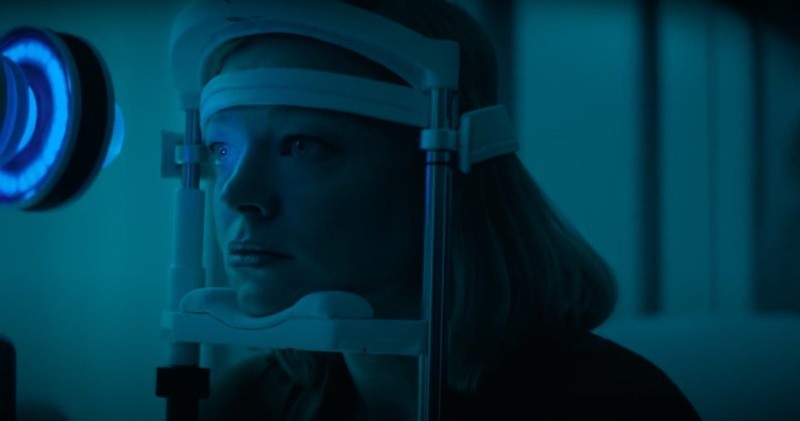 In the exceptionally well-acted and meticulously crafted third episode of ‘Soulmates’, we get an interesting insight into the fluidity of sexuality. The story is about a happily married woman called Libby who discovers that her soulmate is another heterosexual woman. More on that later. Now, do you want to know what the next episode has in store for fans? Let us find out.

‘Soulmates’ episode 4 releases on October 26, 2020, on AMC, at 10 pm ET/9 pm CT. The first season consists of six episodes, with new episodes dropping every Monday at the same time slot.

The upcoming episode is called ‘Layover’. AMC has released its official synopsis, which goes somewhat like this: “Mateo and Jonah meet at a bar and immediately hit it off; Mateo is furious when he discovers that Jonah stole his passport, sabotaging his chance to fly to Colombia to meet his soul mate the next day; they go on a wild adventure to get it back.”

‘Layover’ is a captivating episode, especially for single young adults. The story is mostly about Jonah’s questions regarding Mateo’s need to know who his soulmate is. But Mateo’s reasons or conclusions do not seem convincing enough.

Where to Stream Soulmates Episode 4 Online?

The 3rd episode is called ‘Little Adventures’ and it introduces us to a happily married couple who occasionally indulge in one-night stands with other people. However, when Libby undergoes the Soul Test, she is paired up with Miranda. Now, Libby is confused between her husband and her soulmate. Interested to know more, Libby invites Miranda to her house.

Of course, Adam is not quite pleased when he sees that evident spark between Libby and Miranda. Adam then warns Libby against sleeping with Miranda because this could ruin their marriage. Again, when Amad starts getting close to Miranda, Libby feels disrespected. Miranda goes back home and begins a relationship with one of her students’ parents. Libby tries to stay away from Miranda but one day, the latter turns up at her door and they engage in that one act Adam had warned his wife about.

When Adam learns about the same, he asks Libby to choose between him and Miranda. Libby chooses Miranda but eventually, realizes that her new partner does not take care of her like her husband used to. On the other hand, Adam also finds his soulmate.