When Will South Park Season 24 Premiere on Comedy Central? 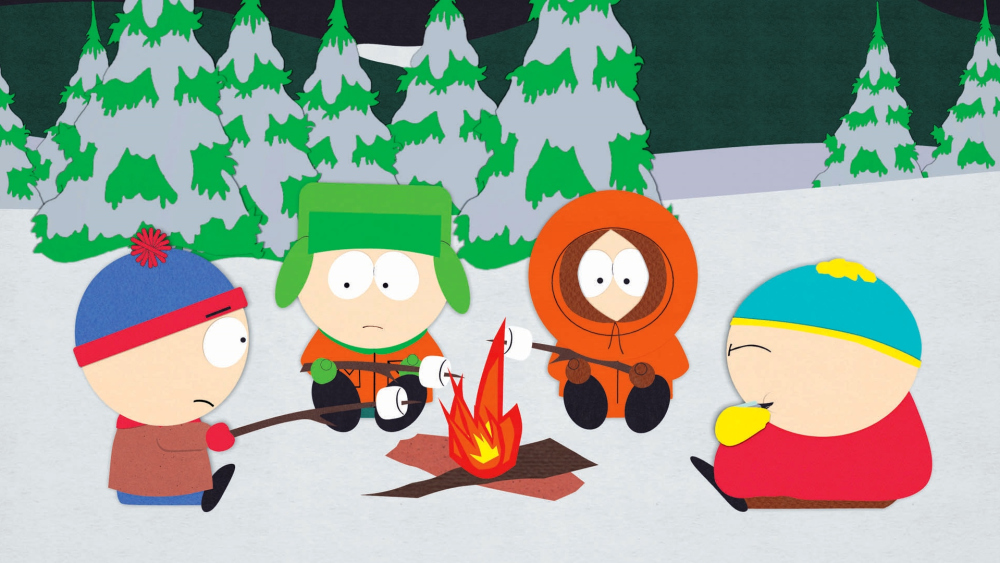 ‘South Park’, the satirical adult animated comedy, which is critically acclaimed for its dark and humorous take on current sensitive issues, is created by Trey Parker and Matt Stone. Developed by Brian Graden for Comedy Central, the story is centered around four characters, Stan Marsh, Kyle Broflovski, Eric Cartman, and Kenny McCormick, who reside in the eponymous town in Colorado. Targeted primarily toward the matured, grown-up audience, ‘South Park’ is loved for its surreal comedic style and explicit use of profanity.

The series is inspired by the duo of animated shorts, called ‘The Spirit of Christmas’. It premiered way back on August 13, 1997, on Comedy Central. One of the highest-rated cable shows, it was a huge success after its release and still continues to be loved by many. As a result, it has spanned for 23 seasons to date, with the last installment airing from September to December 2019. Now, the question is, will there be a ‘South Park’ season 24? Let’s find out.

South Park Season 24 Release Date: When will it premiere?

Now, as far as a renewal goes, you must already know that the show has no intention of leaving television anytime soon. Since it is one of Comedy Central’s highest-rated shows, it is slated to continue airing episodes until 2022. So, we are not only getting a season 24 but a season 25 and 26 as well!

Comedy Central’s president, Kent Alterman, confirmed the news saying, “South Park is the greatest comedy in the history of television, unmatched in its satirical strength and cultural relevancy and it shows no signs of slowing down… If humanity is still intact in 1000 years, historians will see the most transcendent artists of our era as The Beatles, Muhammed Ali and Matt and Trey. We’ll do as many seasons as they would like.”

Comedy Central has not made an announcement about an exact air date yet, but we do know that the series has followed a consistent airing schedule of premiering every September for the last seven seasons. Hence, we have quite sure that guess ‘South Park’ season 24 will most likely premiere sometime in September 2020.

South Park Cast: Who’s in it?

The majority of the male ensemble cast of ‘South Park’ is voiced by Trey Parker and Matt Stone themselves. Mary Kay Bergman used to serve as the voiceover artist for most of the female characters until her demise in 1999. Mona Marshall and Eliza Schneider joined the show, serving as her replacement, with the latter exiting after season 7. Schneider was replaced by April Stewart.

Apart from the main voiceover artists, there are several other actors who voice multiple minor characters across the episodes. Previous seasons have also featured celebrities who usually voice their own impersonated selves on the show. Some of the prominent names include Michael Buffer, Brent Musburger, Jay Leno, Robert Smith, bands Radiohead and Korn, comedy duo Cheech & Chong, Malcolm McDowell, Jennifer Aniston, Richard Belzer, Natasha Henstridge, Norman Lear, and Peter Serafinowicz, among others.

Season 24, when it is renewed, is expected to cast the same actors as the voiceover artists for its primary characters.

South Park Plot: What is it about?

The events of ‘South Park’ are set in the fictional town of South Park in Colorado. The primary theme of the story is mainly centered around the antics of four boys, Stan Marsh, Kyle Broflovski, Eric Cartman and Kenny McCormick. They regularly interact with other members of their community, which include other students, families, elementary school staff, and inhabitants.

South Park is a peaceful residential area that showcases some standard locales — a few shops, small businesses, a school, a bus stop, and a couple of neighborhoods. And this is where our group of four boys carry out most of their exploits.

While Stan is an “average, American 4th grader”, Kyle is the only Jew in the team. Both of them are best friends. Eric, the main antagonist, is loud and often intolerable. Kenny hails from a modest background and dons a parka hood, which almost leads to him facing great issues while talking.

Most of the plots in the seasons cover various events, which range from regular happenings in the town to paranormal sightings. When such incidents threaten to disrupt the peace of the society, the four boys resort to reasoning and logic in order to pacify the irrational adult populace.

Season 23 embraces a similar trope but with changes in the overall theme. The story begins by first revolving around Randy Marsh’s marijuana farm, Tegridy Farms. The plot then progresses to feature a transgender athlete and the girls wanting to join the boys’ gaming club. Yet again, Kyle has a realization that he is surrounded by millions of microbes. Scott Malkinson decides to romance Sophie while his dad ventures out to put an end to streaming shows in South Park.

A multiple award-winner and a highly popular show, ‘South Park’ season 24 is expected to continue chronicling the weird exploits of the boys while delivering a tiny message in each of the episodes.

You can watch the official trailer for season 23 below: