Where to Stream South Park? 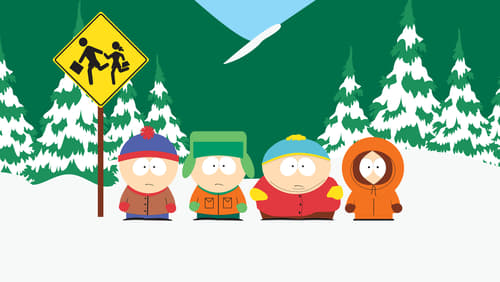 Do you think that animated shows are only meant for kids and adults cannot get anything out of them? Then ‘South Park’ is here to prove you wrong. The sitcom revolves around the life of four boys who live in the titular town in Colorado. Their exploits in this town drive the premise of the show.

Notably, the show has been developed from ‘The Spirit of Christmas’, two consecutive animated shorts. Although the first episode was made using cutout animation, subsequent episodes were computer-animated but made to look like cutout animations. ‘South Park’ uses an ensemble cast of recurring characters through which the stories are told and most of them are infamous for the profanity as well as dark and surreal humor that manage to satirize a wide array of topics intended for mature audiences.

Upon release, ‘South Park’ has won multiple Emmy awards and is highly regarded as one of the best television cartoons of all time. Understandably, you do not want to miss out on such a show. Thus, we are here to tell you where you can stream ‘South Park’, but first, let us walk you through the premise of the series.

What is South Park About?

As we mentioned, ‘South Park’ follows the exploits of four boys – Stan Marsh, Kyle Broflovski, Eric Cartman and Kenny McCormick. The boys live in a fictional small town called South Park, which is located in the real South Park Basin in the Rocky Mountains in central Colorado. The characters include students, families, elementary school staff, and other residents who all agree that South Park is a quiet place to live in.

Some of the prominent settings that we get to see in ‘South Park’ include the local elementary school, the bus stop, neighborhoods that have the snowy landscape as a backdrop and actual Colorado landmarks. Obviously, the shops and businesses in the fictional town also make an appearance, but they are all based on similar locations seen in Fairplay, Colorado.

Coming to the characters, Stan is shown to be the everyman character in the group. He is an average fourth grader while Kyle is the lone Jew in the group. His portrayal as a Jew is often shown as a satire. The characters of Stan and Kyle are modeled after the creators of ‘South Park’, Trey Parker and Matt Stone. The characters are best friends, which is a reflection of Parker and Stone’s friendship. This friendship becomes a talking point in many of the episodes. Eric Cartman, who is usually referred to by his nickname, is a loud and obnoxious individual. Often portrayed as the antagonist, he is amoral as well. He has an anti-semitic attitude which puts him at odds with Kyle, though their enmity runs deeper since Kyle has a strong sense of morals which Cartman absolutely lacks. Kenny is the final member of the group who comes from a poor background, and his parka muffles his voice. The character was eventually written out of the show by the creators.

As for the occurrences in ‘South Park’, the plot-lines are guided by events which take place – and they can be supernatural or extraordinary. Usually, the boys end up playing the voice of reason as the adults begin to act in a panicked manner. Mostly, the adults are shown to be gullible and irrational. In fact, the parents of the boys are rather hypocritical and contradictory. The boys are of the opinion that the adults have distorted views of morality and society, which becomes the show’s punchline very often. Now, without further ado, let us tell you where to watch ‘South Park’.

Is South Park on Netflix?

Netflix has an amazing collection of movies and television shows that sets it apart as a premier content provider. While ‘South Park’ is not on the platform, you can definitely check out ‘Bojack Horseman‘, another excellent adult animated show that deals with a horse in Hollywood who is past his stardom. The show tackles topics such as depression and existentialism. ‘Bojack Horseman’ has humor that is every bit as dark as ‘South Park’ and a thinking individual will love the show.

Is South Park on Hulu?

Hulu has a fantastic collection of movies and television shows which the platform keeps making smart additions to, in order to stay ahead of the competition as well as to cater to its growing base of viewers who have diverse tastes. Subscribers are in luck since Hulu happens to have ‘South Park’ available for streaming. Check it out here.

Is South Park on Amazon Prime?

Amazon Prime has an enviable collection of movies and television shows that can perhaps only be bested by Netflix. Prime subscribers cannot stream and watch ‘South Park’ as is, but don’t let that get you down. You can purchase and stream the show on the platform. Prices vary from season to season and you also have the option to buy episodes individually. Unless you just want to watch specific episodes, we recommend buying the entire season together since it will help you save money. Check it out here.

Where Can I Stream South Park Online?

Can I Stream South Park Online For Free?

Freeloaders are in luck since you can use the free trial period offered by Hulu or Fubo TV in order to watch the show. Of course, you need to be in for a serious bingeing session in order to finish watching before the trial period is over. However, we urge all our readers to pay for the art they consume.