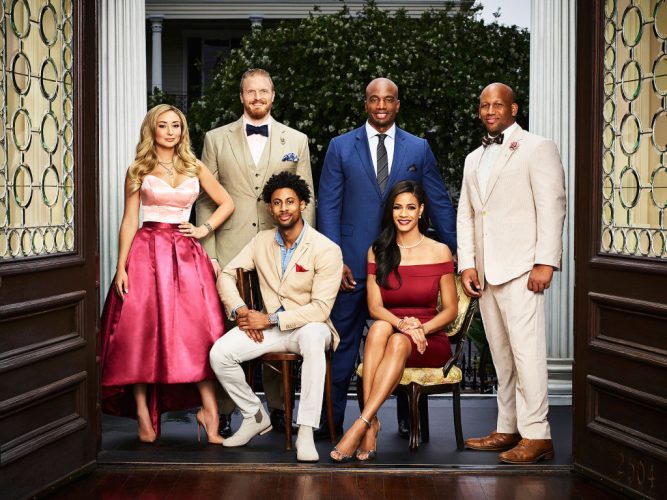 When the Dutch show ‘Big Brother’ first came out in 1999, it took the reality TV scene by storm, having far-reaching global consequences. Arguably, it changed tv forever by coming up with the idea that the social dynamics between strangers pitted against each other in a competitive, isolated sphere brews intrigue without the need to set up situations (which was previously the case with many so-called ‘unscripted’ reality shows). The formula worked, and the show has now well over fifty licensed franchises and even more uncountable indirect spinoffs after so many years. ‘Southern Charm New Orleans’ happens to be one of them, a reality television series that airs on Bravo. The show first premiered on April 15, 2018.

For the most part of the past two decades, reality TV was dominated by clones of ‘Big Brother’ in one form or the other. Bravo was the first network to improvise the format, giving it a new edge with its ‘Real Housewives’ franchise. Even though ‘Real Housewives’ is itself big enough as it is, with over ten spinoff shows, Bravo pitched a new project in 2013, dubbed ‘Southern Charm’ based on a gated community in Charleston, South Carolina. After the show’s ongoing successful run, it spawned two spin-offs, namely, ‘Southern Charm Savannah’ and ‘Southern Charm New Orleans’.

Naturally, the ‘Southern Charm’ franchise already has a huge fan following, which made it easier for this series to garner support. Critics too have praised the show for the drama and the characters who always manage to keep things interesting.

Southern Charm New Orleans Cast: Who is in it?

The X factor that primarily sets Bravo’s reality shows apart from ‘Big Brother‘ is that the latter makes use of seemingly random strangers mashed together in a hotpot cast, whereas the former, in show like ‘Real Housewives‘ and ‘Southern Charm’, features a very carefully selected cast, all of whose members are at least acquainted with each other. The chemistry between these characters work like charm, making these shows irresistible for viewers. Naturally, an ensemble cast is very important for these shows, and replacements are few and far between.

Tamica is embracing a career transition from an early morning anchor to the lead of the afternoon show, providing more time to focus on motherhood and her marriage. Barry is thriving as a personal trainer and is excited about expanding his fitness empire, while also navigating having tough conversations with his teenage son.

Reagan shifts her attention to a new chapter that involves divorce, a new love interest and the chance at the family she’s always wanted. Jeff is on a personal journey to find out who he is after his tumultuous marriage with Reagan has come to an end, but when he is faced with how fast she’s moved on—he spirals out of control.

Justin’s career is flourishing but when it comes to his love life, pressure to take things to the next level with his girlfriend Kelsey may prove to be too much. Jon continues to make a name for himself in the prestigious art world. Rachel is a businesswoman and the friend everyone turns to for advice.

Southern Charm New Orleans Plot: What is it about?

Set in an ‘epicenter of fine food, soulful music, and wild times’, ‘Southern Charm New Orleans’ is basically the ‘Southern Charm‘ formula applied to a posh community at the metropolitan heart of New Orleans. The show focuses on the antics and lives of its cast, consisting of conflict, reunions, nudity, and a good measure of romantic intrigue. New Orleans might loom large in the imagination of people, but in reality, it is not a very big place, and the longer you live there, the smaller it seems to get. At least, it feels that way for the main cast members of the show, who have deep roots within the community. It is also fun for the local viewers because they sort of know these beautiful people who are being shown on television.

Lee, one of the more outspoken cast members, spoke about the show, saying, “It’s an acquired taste. Me and my friends are an acquired taste. … But it’s unlike any other cast (in the reality TV landscape). It’s not all black, not all white; not all women, not all men. I’m really passionate about making people understand how New Orleans is that. When people think New Orleans, they think Bourbon Street, they think beads, they think crime. But if you go five blocks in any one direction, you’re in a whole different place.”

While the racial diversity in New Orleans is definitely part of what is explored in the series, there is no denying the fact that Bravo’s reality shows do have a formulaic approach. This includes a generic cast of rich people acting like jerks and drinking copious amounts of alcohol. While formulaic, it still makes for great reality television, because people act in a certain way when cameras are present, and making themselves always entertaining to watch.

While we wait for an update on ‘Southern Charm New Orleans’ Season 3, check out clips from the show right here.