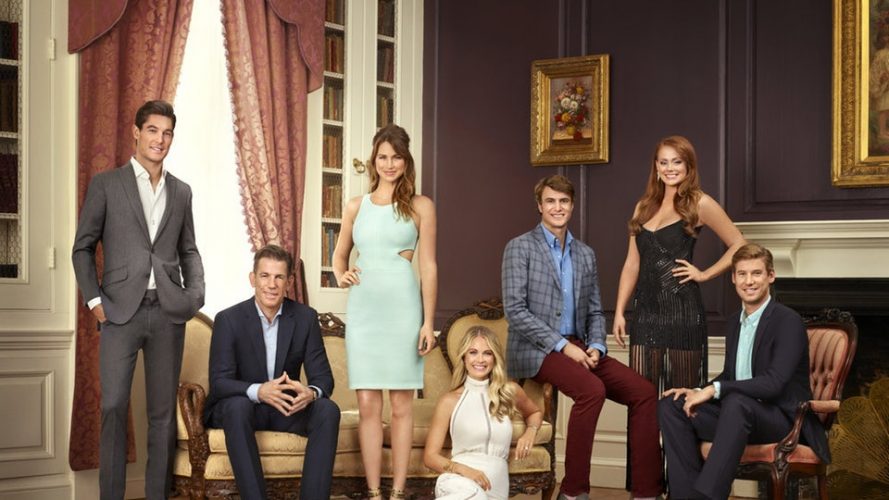 ‘Southern Charm’ is an American reality television show that airs on Bravo. The series first premiered on March 3, 2014. Haymaker Productions is the company backing the project, while Aaron Rothman, Irad Eyal, Whitney Sudler-Smith, Bryan Kestner, Jason Weinberg, and Jessica Chesler are on board as the executive producers.

John de Mol Jr.’s idea of the Dutch show ‘Big Brother‘, which aired during the turn of the century, would go on to mark the most common traits of reality TV in the forthcoming millennium – it was the final evolution of the genre to cement its superiority in television as mainstream entertainment. The formula was quite simple but effective – based on the premise that pitting a rag-and-tag cast of strangers into a competitive space for months on end would generate ample intrigue without the need to even set up additional situations. And work it did, the show’s massive success gave it over fifty franchises tied to it, and almost 400 seasons spanning many spin-offs all in less than two decades.

Naturally, this global success inspired a whole swath of TV shows that drew inspiration, emulated, and outright copied its various aspects. The US network Bravo pulled the idea out of the competitive sphere instead into a show about reality as is with ‘The Real Housewives’. Bravo’s strain of shows depict a community of well-acquainted friends and families rather than a conglomeration and clash of strangers, and one of the recent additions to these band of shows has been ‘Southern Charm’, where we get to see the professional and personal lives of seven southern socialites chronicled on television. They all live in Charleston, South Carolina, and the show not only gives us a close view of southern culture firsthand, but we also get to know about the political and historical significance of various spots that are shown to us over the seasons.

Needless to say, the formula of the reality television, combined with the simple approach to life down south, was enough to draw in a lot of viewers. The popularity of the show prompted Bravo to expand on the franchise, and it currently includes two spin-offs, namely ‘Southern Charm Savannah’ and ‘Southern Charm New Orleans’. While the former is based in Savannah, Georgia, the latter is, of course, based in New Orleans.

Southern Charm Cast: Who is in it?

The focus of ‘Southern Charm’, even though it is unscripted, falls on the characters solely. It can be argued that the cast is the make-or-break element of the show precisely because it does not have a preset reliance on any particular plot or script. Bravo’s shows differ from the previous global hits of the genre – the original ‘Big Brother’ and its spiritual successors. Whereas shows like these are experimental about their casting, replacing a part of the cast with completely different and at times even tacky choices, shows like ‘Southern Charm’ exhibit great moderation, only taking in someone at least decently known to the rest of the established cast. This is why the cast includes Craig Conover, Cameron Eubanks, and Shep Rose, along with Kathryn Calhoun Dennis, Austen Kroll, Chelsea Meissner. The shocker, though, is the fact that Thomas Ravenel was dropped from the cast after facing charges of sexual assault and battery.

In season 7, we are likely to see all the main characters return, and perhaps some of the recurring characters might become series regulars.

Southern Charm Plot: What is it about?

‘Southern Charm’ follows the lives of a lovable cast of single aristocrats in a closed community in the historical plantation houses of Charleston, South Carolina. The series is an excellent testament to the ostentation, callbacks to the rich political and traditional history of the place, as well as the banter between the aristocratic gentlemen and the southern belles.

What stands out about the show is the general quaintness and the smartness of the characters. While most of them might spend their times lazing about, drinking, and womanizing, the people appear to be well read enough to be quoting lengthy excerpts from Shakespeare’s ‘Macbeth’. The ladies too seem much more different from the other reality shows, insofar as they appear to be more opinionated, not to mention, much sharper, even going into intellectually rivetting discussions like whether someone should end up marrying a Melanie or a Scarlett, the two female protagonists of the classic ‘Gone With The Wind‘.

Hopefully, the show continues in a similar manner in the season 7 as well, because no matter how much we try to loathe reality television, the show does live up to its name, and it is precisely the southern charm of these characters that keep us coming back for more.

Southern Charm Season 7 Release Date: When will it premiere?

‘Southern Charm’ Season 6 premiered on May 15, 2019. The show has had a long and impressive run, with approval from the critics as well as general audience. So, we fully expect Bravo to renew the show for a seventh season. Our best guess is that ‘Southern Charm’ Season 7 should release sometime in April, 2020.

While we wait for an update on season 7, check out this clip to refresh your memories.