Space Force Season 2: Everything We Know 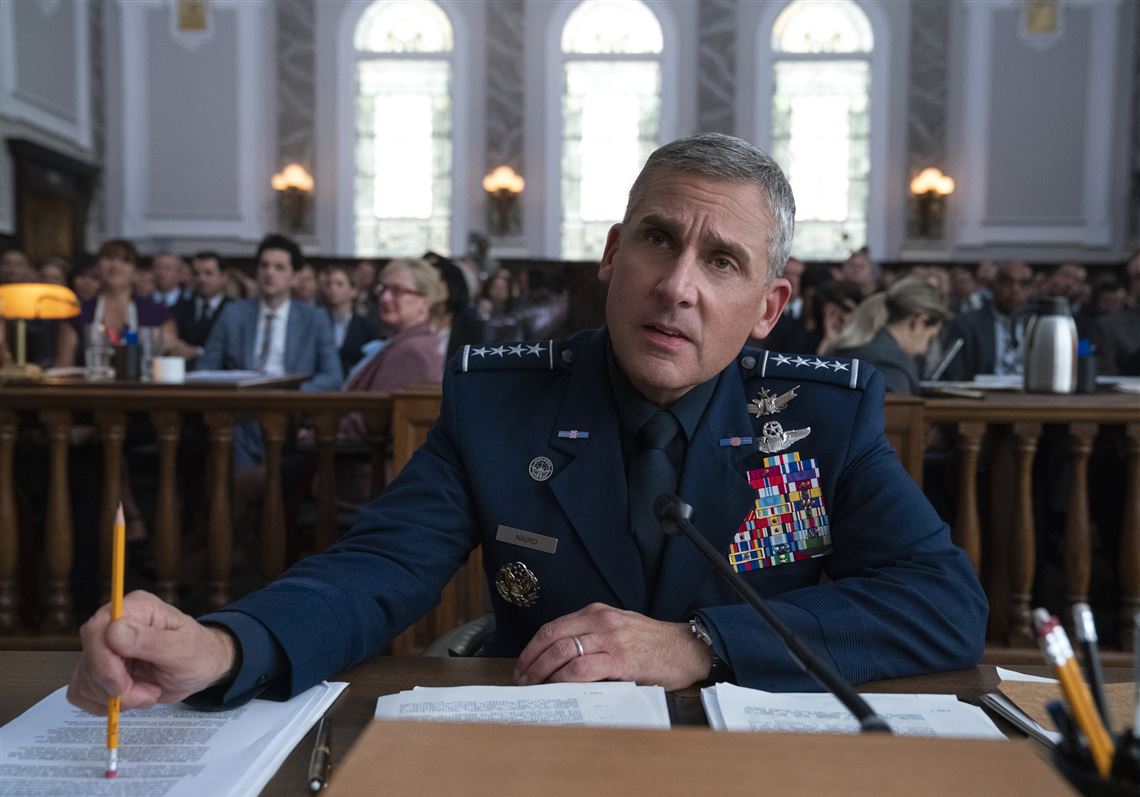 ‘Space Force’ on Netflix is a comedy series that revolves around a group of people, who are a part of the sixth branch of the US Armed Forces called the United States Space Force. The team is helmed by General Mark Naird. Created by Steve Carell and Greg Daniels, the military fiction show first premiered in May 2020.

Despite not being received well by the critics, the show became quite popular among the viewers. Some critics felt that the comedy-drama has an uneven tone, that blends political satire and workplace comedy. However, it gained a lot of attention for its star-studded cast and special effects. The series attracted about 40 million viewers by July 2020. Since the first season ends on an ambiguous note, the fans cannot wait to learn what is in store for this show. So, here is what you must know!

‘Space Force’ season 1 landed in its entirety on May 29, 2020, on Netflix. The first season has ten episodes with a running time of 27-36 minutes each.

You would be happy to learn what we know about the second installment. On November 13, 2020, it was announced that the series would be returning for its sophomore run. According to sources, the Steve Carell (Mark R. Naird) led series was not shopped anywhere else since Netflix was keen on hosting the space drama. ‘The Office,’ also starring Carell, is one of the most-watched shows the streaming platform has acquired. The renewal announcement came as ‘The Office’ prepared to move to Peacock starting January 2021. Moreover, the Netflix comedy-drama reunites Steve Carell and Greg Daniels for the first time since their successful collaboration on the NBC workplace comedy.

It's official: Space Force Season 2 is a go. pic.twitter.com/GDG4zeSIdc

The filming for the second edition began in late May 2021 and wrapped up in late June 2021. As per the reports, the renewal was delayed due to the pandemic posing a challenge for film and television production. To cut the costs, the cast and crew chose to move the production to Vancouver, British Columbia. Season 1 arrived on Netflix roughly four and a half months after it wrapped up filming. If the same applies to the upcoming cycle, we can expect ‘Space Force’ season 2 to release sometime in Q4 2021 or later.

Space Force Season 2 Cast: Who is in it?

Others who might return are Roy Wood Jr. (Colonel Bert Mellows), Jane Lynch (Chief of Naval Operations), Dan Bakkedahl (John Blandsmith), Carolyn Wilson (Louise Papaleo), and Patrick Warburton (General Dabney Stramm). Unfortunately, Fred Willard, who portrayed Fred Naird, passed away in May 2020. But it has not been announced whether or not the role has been recast.

Space Force Season 2 Plot: What Can it be About?

In the season 1 finale, Mark defies orders to retaliate against China’s actions on the moon. This results in the Chief of Staff of the Air force ordering that Mark and his supporters be detained. At the same time, Mark takes off to save Erin and reunites with Maggie, who breaks out of prison with her new girlfriend, Louise. However, Mark is faced with a difficult decision – he could either fly to safety or return to the moon to help his team. The season ends as Mark turns the helicopter around, possibly to return to the Space Force headquarters.

The second season is likely to pick up from the point where the first cycle ends. If Mark returns to the base, he will be court-martialled, but still, it is unlikely that he will abandon his team. We might also learn why Maggie is in prison. Although Maggie escapes with Louise, it is only a matter of time before a search is warranted. Therefore, Mark and his family will have a lot to figure out in the upcoming installment. It remains to be seen how the storyline deals with Willard’s absence.