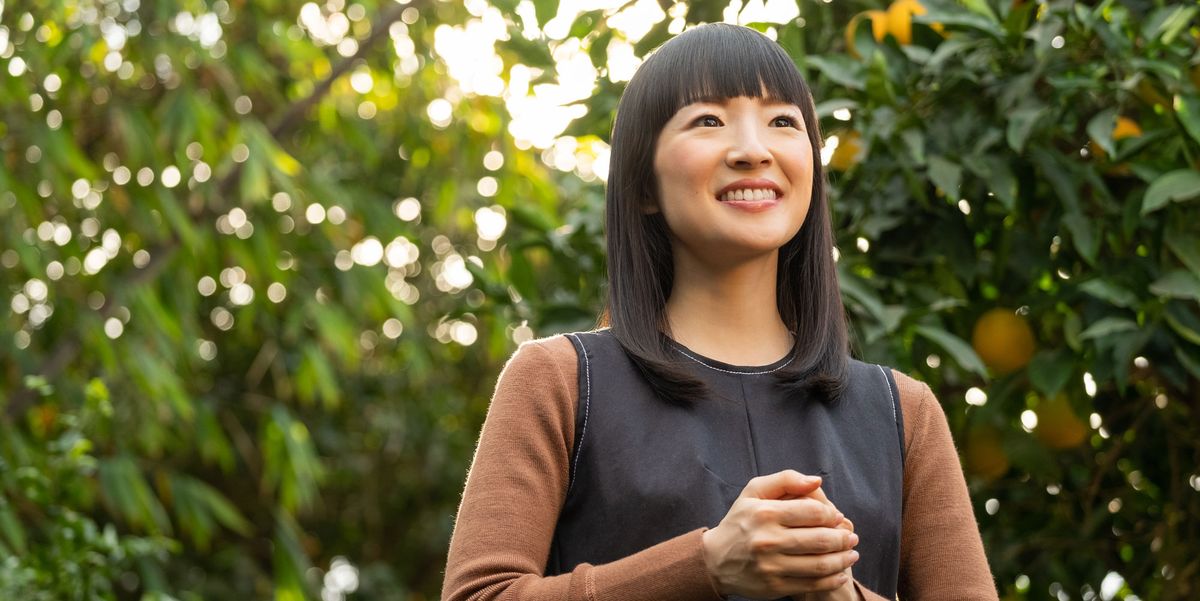 ‘Sparking Joy with Marie Kondo’ is an unscripted show on Netflix that documents the titular organizing expert as she helps people apply her famous KonMari method to bring about harmony in their personal and professional lives. In this series, she also shares glimpses of her own life. Created by Marie Kondo, the series originally released in August 2021.

Marie Kondo was first introduced to the Netflix audience through the popular series ‘Tidying Up with Marie Kondo,’ where she focuses on families and their homes. With this show, she expands the scope of her message and proves that tidying up can affect a person’s relationships with others and their work as well. The basic premise for both the series is that people must find space for just those things in their life that spark joy. Moreover, Kondo’s gentle persona and inspiring words have got many viewers flocking to see what this show is about. If you have breezed through the first season and are waiting for updates on the potential season 2, here is what we’ve got for you!

‘Sparking Joy With Marie Kondo’ season 1 premiered on August 31, 2021, on Netflix. It consists of three episodes that have a running time of 39-45 minutes each.

As far as the show’s second installment is concerned, here is what you need to know. Netflix has not yet made any public statements regarding whether or not the show will be back for another cycle. It is hard to say what the future holds for this show considering the streamer has not yet ordered another round of ‘Tidying Up with Marie Kondo’ despite the overwhelming response it received. So, even if this series does as well as the original show, it does not guarantee its renewal.

However, the first season is exceptionally short, which could mean that the show might return with a new batch of episodes later. But it has not been officially confirmed yet. In a recent interview in August 2021, Kondo admitted that the pandemic had a significant role to play in the production. The filming schedule had to be worked around the lockdown, and the team had to ensure that all safety protocols were followed on the set. This could be a plausible explanation for the abbreviated season 1. If a new round is commissioned, the pandemic is unlikely to be a cause of concern now. Therefore, if the series is picked up for another round soon, the new edition will arrive after a year in all probability. In that case, the fans can expect ‘Sparking Joy with Marie Kondo’ season 2 to release sometime in Q3 2022.

The series creator Marie Kondo is also the presenter and star of this Netflix show. She connects the process of tidying up to the emotional and spiritual aspects of people’s lives. The mother of three gained recognition for her books on organizing, particularly ‘The Life-Changing Magic of Tidying Up,’ which was published in 2011. In 2019, Kondo earned a Primetime Emmy Award nomination for presenting the series ‘Tidying Up with Marie Kondo.’

Kondo is helped by her highly skilled interpreter Marie Iida in this series. She forms a vital bridge of communication between Kondo and her clients as we saw in the original show. The self-taught interpreter is a voracious reader who has always harbored an interest in creative writing. Iida began her career in interpretation by working for Ethan Hawke, when he traveled to Tokyo, Japan, to promote his film ‘Hottest State’ in 2006. Her emphasis on understanding the linguistic and cultural context is what makes her excellent at what she does. So, if there is a season 2, we expect both of them to return along with a new set of clients.

Read More: What is Marie Kondo’s Net Worth?