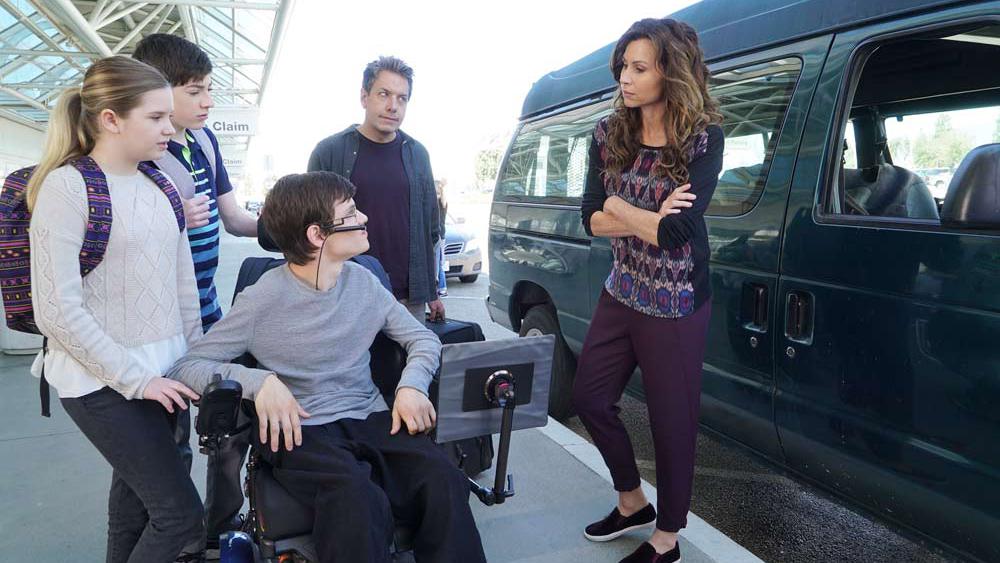 ‘Speechless’ is an American sitcom television series that airs on ABC. The series first premiered on September 21, 2016. The series has been created by Scott Silveri who is best known for being a writer and executive producer on ‘Friends‘. Silveri has co-executive produced ‘Speechless’ along with Jake Kasdan, whose works include ‘Bad Teacher‘ and ‘Jumanji: Welcome to the Jungle‘.

It is a series which throws light on the challenges of life while giving it a humorous touch about a family with a teenager who is challenged with cerebral palsy. It already has made its way to the most sought-after TV shows list. Naturally, the way the content of the show was handed drew fans, and soon the series began to develop a growing fan base. Critics too lauded the series, noting the way it broached sensitive topics with heartfelt lead performances that walked a fine line between sensitivity and irreverence.  One of the critics summarized it well: “ABC has another worthwhile addition to its strong lineup of modern families with ‘Speechless’. It’s a clear-eyed and empathetic exploration of life in a special-needs family that makes plenty of room for hilarity.”

Speechless Cast: Who is in it?

The main cast of ‘Speechless’ includes the members of the DiMeo family. They are Maya DiMeo, the determined mother, who is played by Minnie Driver. The happy go lucky, fun loving and gullible father, Jimmy DiMeo Sr., who is an airport employee is played by John Ross Bowie. Always nagged by Dylan, the nerdy and lean Raymond “Ray” DiMeo is played by Mason Cook. Micah Fowler stars as Jimmy “JJ” DiMeo, the teenager with cerebral palsy. He cannot speak, which is why the show is titled ‘Speechless’ and uses a wheelchair. The famous Emma Watson gags are around the fact that he has a big crush on her. The bratty Dylan DiMeo, the prankster of the family is played by Kyla Kennedy.

The voice of J.J is Kenneth Clements, who is a talented singer, and the role is played by Cedric Yarbrough. There are several recurring and guest stars alongside the main cast members, and they make the experience all the more memorable as the show progresses.

If there is an upcoming season, we are likely to see the main cast members who play the members of the DiMeo family return, and they may be joined by new characters, who are bound to make the series all the more exciting.

Speechless Plot: What is it about?

The main plot of ‘Speechless’ revolves around a family with three kids. The eldest child, JJ is challenged with cerebral palsy. The mother, a control freak wants to be the deciding head of the family while on the contrary, the father is carefree and cool who has a job at the airport. Their youngest and only daughter is an athletic prankster. JJ communicates by using a specially designed headgear that uses a laser pointer that points to a board that has various letters, numbers, and words. The other person “reads” what he points at. In the quest for finding a good environment for JJ to study, the family moves into an upscale town which has an inclusive school. Though things don’t turn out as they had seemed before, JJ gets well adjusted. The show is sprinkled with lots of humor.

However, this family is better at creating new challenges, just as they are adept at handling the ones that life throws their way. Being a sitcom, there’s not much in the way of an overarching plot, and you are expected to relate to the characters and watch the show because of them.

The series is a wry and nimble comedy which sets a good example of how it is willing to explore topics that are challenging when it has the option of combining them with warmhearted compassion and crisp and commercial instincts. What is remarkable about the show is that it does not treat the character with cerebral palsy as someone who is otherwise deserving of our pity when it is not required. This is not to call the show insensitive, but merely to point out that it puts forth a realistic portrayal, where JJ has qualities about him which are likable, just like all the other members of the family. His rapier wit is definitely one of them if my opinion were to be asked.

Instead of relying on very heavy sarcasm, to avoid being mawkish, ‘Speechless’ goes instead in the same direction as shows like ‘Black-ish‘. It decides to combat loaded situations with a combination of well-defined characters who are aided by regular infusions of both dry with as well as deft intelligence. The best part of the show is that everyone is human and no one has a moral high ground in the narrative. A word must be said for the excellent casting and plot progress of the show as well, which is as wise as it is irreverent. The show has been best summed up, saying, “‘Speechless’ negotiates all those complexities with a light touch, and actually honors the simmering tensions within the DiMeo family by using them as comic fodder…’Speechless’ briskly explores difficult situations that are also often preposterous, silly or annoying, while firmly retaining its identity as an on-brand, aspirational ABC comedy.”

Speechless Season 4 Release Date: When will it premiere?

‘Speechless’ Season 3 premiered on October 5, 2018. As far as the next season goes, we have bad news for the fans. On May 10, 2019, ABC announced the cancellation of the show. Considering the declining viewership of the show, it was expected that ABC may not continue for another season. Though, fans should not lose all their hopes. There’s still a possibility that some other network picks up the show. If that happens, we will update you about ‘Speechless’ Season 4 release date.

While we wait for any positive news on ‘Speechless’ Season 4, check out the season 3 trailer to refresh your memories. If you haven’t seen the show yet head over to ABC to catch all the episodes of the previous seasons.