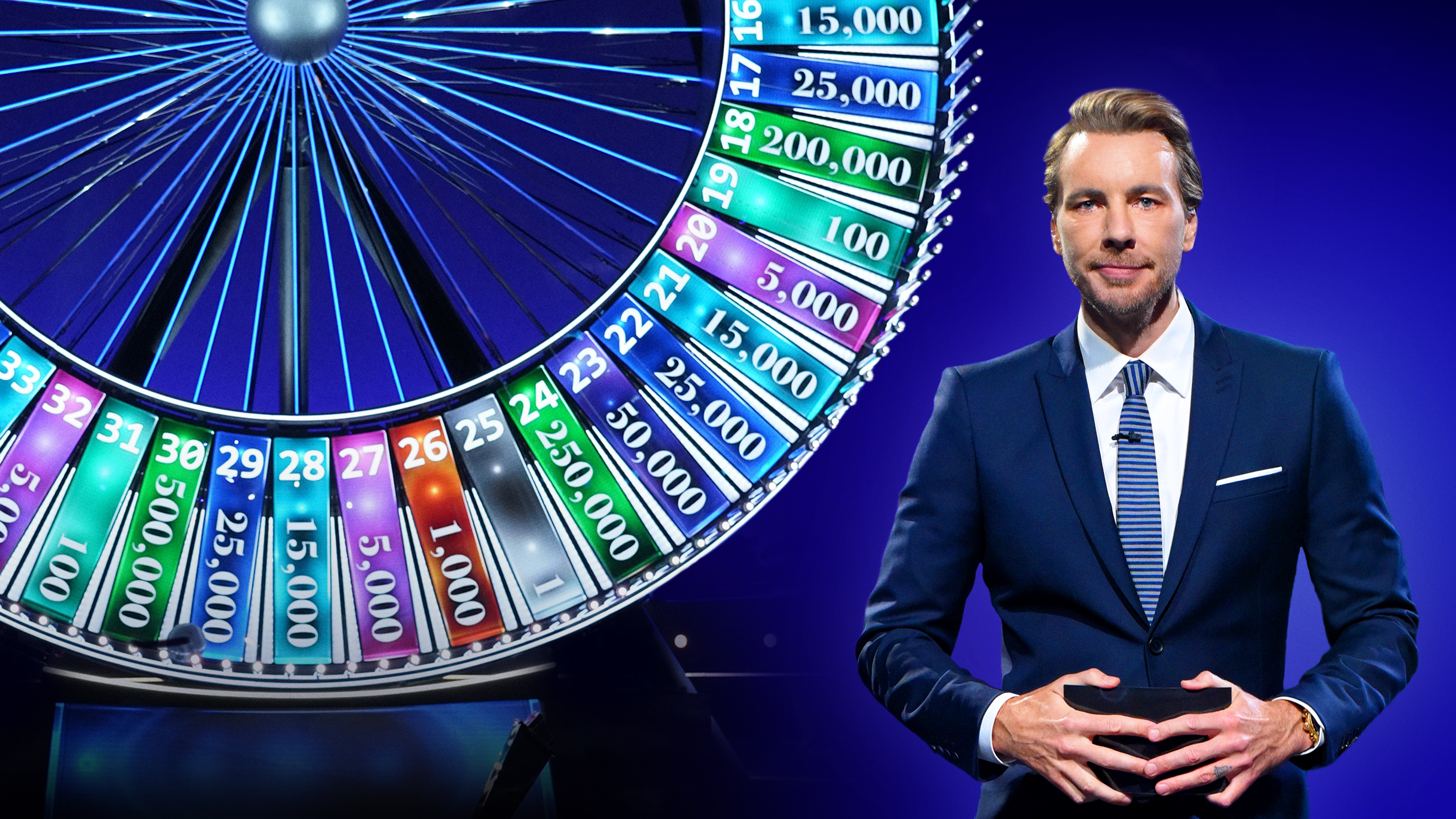 While it’s a question of debate if ‘Game of Thrones‘ managed to stop or break the wheel, Fox came up with an idea to keep it spinning! ‘Spin the Wheel’ is a high-stakes game show that combines knowledge, strategy, and luck to give players a unique opportunity to take home cash up to $23 million. A simple, addictive casino-themed competition, it offers viewers to play alongside the contestants from the comforts of their homes.

Executive produced by Justin Timberlake, it is a life-altering reality TV show that allows participants to win massive fortunes on each episode. It features a huge, unpredictable wheel and credits Timberlake alongside Andrew Glassman as the creators. ‘Spin the Wheel’ is produced by Tennman Entertainment, Glassman Media, and LBI. The format was distributed among several networks, way back in 2017, which was then finally adopted by Fox.

Spin the Wheel Cast: Who is in it?

‘Spin the Wheel’ is hosted by actor, director, podcast host, and writer, Dax Shepard. His notable acting credits include ‘Without a Paddle’, ‘Zathura: A Space Adventure’, ‘Employee of the Month’, ‘Idiocracy’, ‘Let’s Go to Prison’, ‘Hit and Run’, and ‘CHiPs’. He has also featured on the MTV show, ‘Punk’d’, the NBC drama named ‘Parenthood‘, ‘Armchair Expert’, and ‘The Good Place‘.

Host Dax Shepard is expected to return for season 2.

Spin the Wheel Plot: What is it about?

‘Spin the Wheel’ features a colossal, 40-feet-tall wheel that has varying amounts of money in its wedges. The format involves players spinning the wheel and then answering trivia questions related to pop culture. If they answer the question correctly, they can add money to certain wedges, placed at strategic positions, according to their choice. However, if they give a wrong answer, they might end up adding a wedge which could reduce the cash, if landed on. Contestants are also given an alternative to leave the show and walk away with their current prize or continue spinning the wheel. This is where the huge decision comes in — should they stay put? Or should they resign? After all, each episode allows wins up to $23,000,000!

A game that’s packed with suspense, energy, pop culture quizzes, and luck, ‘Spin the Wheel’ involves a lot of strategies as well. The first round is simple, with contestants spinning the wheel and attempting to give correct answers. If they succeed, they win the cash and if they fail, they don’t. Round 2 sees friends and families getting involved in the game. They can advise the participant to continue if they feel he/she will be able to answer the next question correctly. Round 3 comes with even bigger stakes since the money in question is even higher. Every wrong answer leads to Shepard adding a “Back to Zero” wedge, increasing the risks of the player walking away empty-handed.

‘Spin the Wheel’ is definitely an ambitious project and is huge on so many levels. It comes with the ability to transform people’s lives. As per Rob Wade, Fox’s President for Alternative Entertainment and Specials, “We have a charismatic and hilarious host in Dax, an uber-producer in Andrew, an insanely creative global superstar in Justin and one of the biggest prizes in primetime history.” To sum it all up, it surely adopts a novel approach. According to Shepard himself, “I can’t think of a better job than giving out millions of dollars to nice people. It’s my chance to finally be Willy Wonka.”

Spin the Wheel Season 2 Release Date: When will it premiere?

‘Spin the Wheel’ Season 1 premiered on Fox on June 20, 2019 and came to an end on August 29. 2019. The show is a part of the network’s endeavor to further expand its portfolio of unscripted shows. Some of the other popular series from Fox’s roster include ‘The Four’, ‘So You Think You Can Dance‘, the ‘MasterChef‘ franchise, ‘Love Connection’, and ‘Hell’s Kitchen’, to name a few. ‘Spin the Wheel’ is inspired by NBC’s successful show, that follows a similar format, namely ‘The Wall‘, which has spanned 20 episodes to date.

Considering the concept and inspiration behind the show, it does offer a lot of promise. So, it won’t be surprising if Fox decides to renew the show. The network has not made any official announcement yet. If the show does get renewed, expect ‘Spin the Wheel’ Season 2 to release sometime in June 2020. We will update this section as and when we hear more.

While we wait for the next season fo ‘Spin the Wheel’, here’s Season 1 trailer. You can also head to their official site if you wish to check clips from the show.