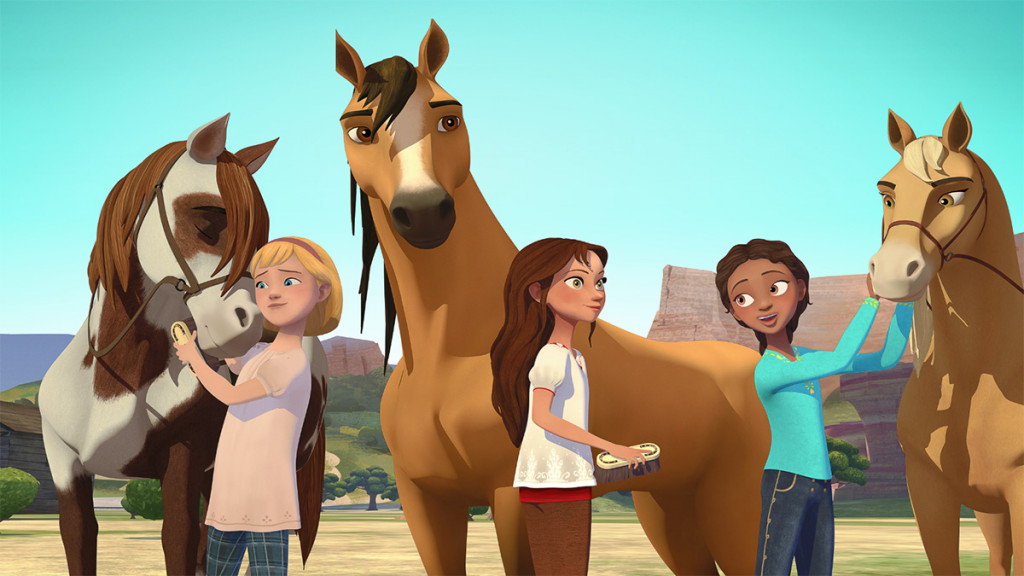 ‘Spirit Riding Free’ is a computer-animated series by Netflix based on the 2002 Oscar-nominated traditionally animated film, ‘Spirit: Stallion of the Cimarron’. Produced by DreamWorks Animation Television, ‘Spirit Riding Free’ follows the story of a bonding between the titular horse, Spirit, and a young girl by the name of Lucky. While the show is for younger audiences, it can definitely be said to be a hit, going by the frequency with which Netflix has announced new seasons.

The show first premiered with Season 1 on May 5, 2017, and Season 2 followed mere months later on September 8, 2017. Before the year was over, Season 3 made its way to viewers’ screens on November 17, 2017. In 2018, the show saw Seasons 4, 5, 6 and 7 air in March, May, August, and November respectively. On April 5, 2019, season 8 of the show premiered worldwide. Now after 8 successful seasons, you must be wondering whether ‘Spirit Riding Free’ will be returning with Season 9 soon. Here’s all we know about it.

Spirit Riding Free Cast: Who is in it?

Being an animated show, ‘Spirit Riding Free’ comprises only voice actors as part of its cast. Amber Frank plays the protagonist, Fortuna “Lucky” Prescott, while Sydney Park and Bailey Gambertoglio play Lucky’s friends, Pru Granger and Abigail Stone respectively. These three characters make up the primary characters of the show, apart from their horses. Other important characters in the show include Jim Prescott (voiced by Nolan Worth), Aunt Cora Prescott (voiced by Kari Wahlgren), Miss Flores (voiced by Tiya Sircar), and Snips Stone (voiced by Duncan Joiner).

Spirit Riding Free Plot: What is it about?

‘Spirit Riding Free’ follows the story of Lucky – a 12-year-old girl who has recently moved from the city to a small countryside town named Miradero. She struggles to fit in at school, but her life lights up when she encounters an unlikely friend, Spirit.

Lucky meets Spirit, a kiger mustang, when the locals catch the wild horse and bring him into town to be “broken”. Spirit refuses to be broken by the locals, but forms a bond with Lucky, who gradually frees him from captivity. With Spirit by her side, Lucky also befriends Pru and Abigail, both of whom have horses. Pru has Chica Linda, a palomino, while Abigail’s pinto horse is named Boomerang. Together the three friends, along with their horses, embark on frequent adventures, and the show follows these adventures as the three girls learn to overcome new challenges and know more about the world around them. In terms of reception, ‘Spirit Riding Free’ enjoys a mediocre overall rating of 6.4/10 on IMDb, while Common Sense Media has given it a rating of 4 stars out of 5.

Spirit Riding Free Season 9 Release Date: When is it coming9

Now the question is will ‘Spirit Riding Free’ be back for a Season 9? Well, considering the fact that there’s already an infrastructure in place for the animated show, it is highly likely that the show will be renewed for another season. If that happens, we expect Spirit Riding Free Season 9 to release sometime in July or August, 2019.

While Netflix has not released a trailer for Season 9 of ‘Spirit Riding Free’, here’s a show-based exclusive short film to give a you glimpse into Lucky, Pru, and Abigail’s adventures with Spirit, Chica Linda, and Boomerang.