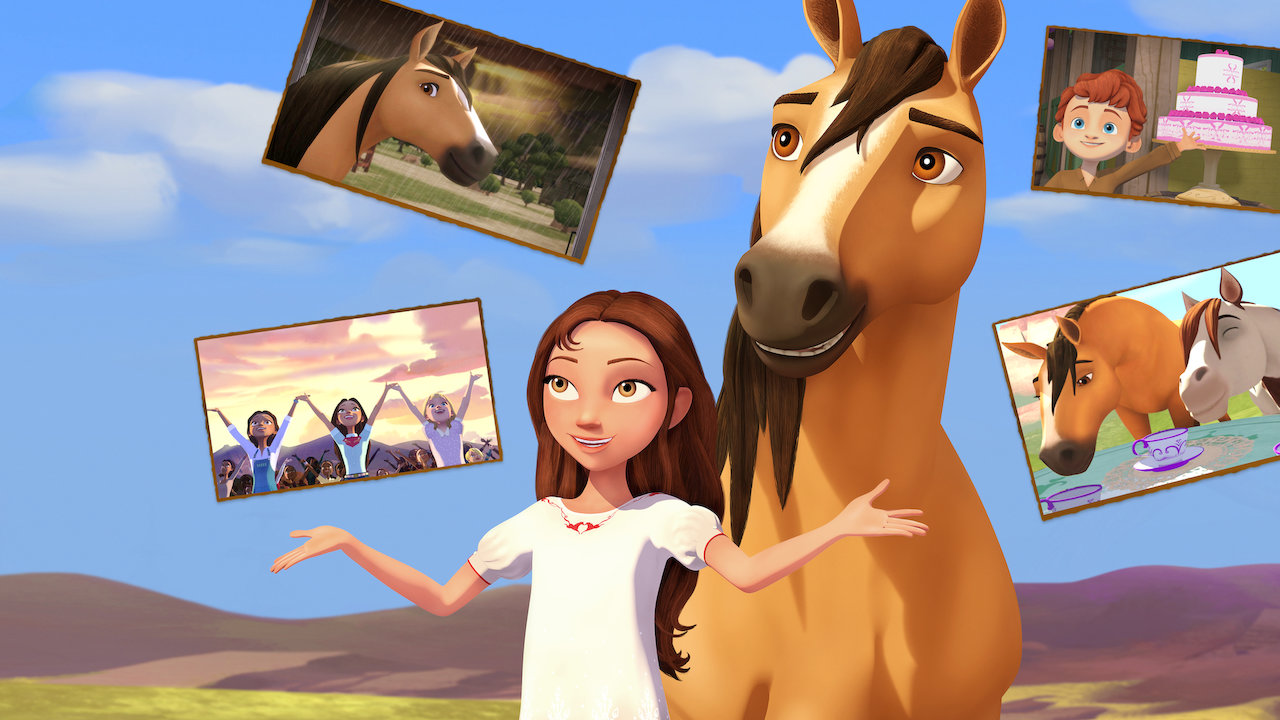 In ‘Pony Tales’, we see Lucky and all her friends returning and embarking on multiple bite-sized adventures. To add to the mix, there is also a number of music videos! Come, join the ‘unstoppable’ gang as they drag you along on their various quests.

The show has had two successful seasons. Here’s everything we know about ‘Spirit Riding Free: Pony Tales’ season 3.

Spirit Riding Free: Pony Tales Cast: Who is in it?

‘Pony Tales’ stars the same crew of cast members as the original ‘Spirit Riding Free‘ title. Of course, all of them are voice actors. Amber Frank returns to enact her character of Fortuna “Lucky” Esperanza Navarro Prescott. Joining her is Sydney Park as Prudence “Pru” Granger and Bailey Gambertoglio as Abigail Stone.

All the voice artists are expected to return for season 3.

Spirit Riding Free: Pony Tales Plot: What is it about?

All the events of ‘Spirit Riding Free: Pony Tales’ take place in the small frontier town of Miradero. To give you a bit of its premise, on ‘Spirit Riding Free’, we see the 12-year-old Lucky, who has recently shifted to the neighborhood from the city. This is when she meets a wild Kiger mustang called Spirit. However, the horse is captured by wranglers and they decide to transport him to Miradero to be “broken” in. But Lucky instantly develops a strong bond with the stallion and sets him free. Along the way, she meets Pru and Abigail, who both are owners of their horses, Chica Linda (a palomino) and Boomerang (a pinto horse), respectively. Together, the entire crew sets off on various adventures in the vicinity.

‘Pony Tales’ brings in the same fun and adventure from the original series while engaging us in a mix of music videos and bite-sized stories. The narration begins by showcasing a spirited song that reflects the girls’ confidence and that fact that nothing can actually stop them — ever! Then we see Lucky contemplating to celebrate Spirit’s birthday. But she is not exactly sure what he wants. Meanwhile, the trio also needs to get ready for the Frontier Fillies Summer Outdoor Jubilee. Again, the friends learn that Snips has traded off their camping equipment to Bianca and Mary Pat. Now, the only way to get the gear back is to join the twins’ tea party — but as servants!

In another episode, we see the girls’ figuring out how to retrieve their camping gear which is on the top of a huge rock. Using clever techniques, a makeshift grappling hook, and determination, they will stop at nothing to get it back. Next, the pals need a tent. But the last tent has been sold to Maricela, who shall share it with them only when they give her horse-riding classes. The first season ends with another music video, which showcases how Abigail, Pru, and Lucky ready themselves to explore the huge, wide world around them.

Season 3 will continue following Lucky and her friends on their adventure.

We have already seen the response received by its already popular parent show, that has dropped more than half dozen seasons to date, after its release in 2017.  We expect something similar with its spin-off too. If renewed, ‘Spirit Riding Free: Pony Tales’ season 3 can release during holiday schedule, which means December, 2019.

While we wait for season 3, check out the season 1 trailer below. If you haven’t seen the show yet head over to Netflix to catch all the previous episodes.