Where to Stream Split? 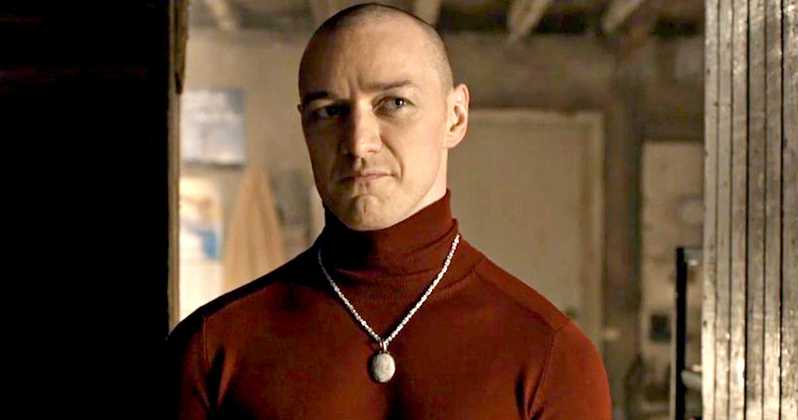 The second installment in M. Night Shyamalan’s ‘Unbreakable’ trilogy, ‘Split’ is a psychological horror film that introduces one of the most fearsome and unpredictable characters in the director’s unique universe of superheroes and villains. ‘Split’ is considered by many to be the first supervillain origin story attempted by Hollywood and the director did not market the movie as a sequel at all, except for Bruce Willis reprising his role from ‘Unbreakable‘ in a scene at the end of the movie.

Basically, the premise of ‘Split’ is about a man with 24 different personalities, who abducts and imprisons three teenage girls in an isolated facility underground. Upon release, the movie gained immense praise, especially James McAvoy, who plays the role of the antagonist. However, there were some detractors who did not appreciate the film, saying it stigmatized mental illness. Naysayers aside, ‘Split’ is an interesting entry in Shyamalan’s trilogy which concluded with ‘Glass‘. Naturally, now you must be wondering where you can watch the film. We are here to tell you that, but first, let us walk you through the plot of the movie.

What is Split About?

‘Split’ introduces us to Casey, a teenager who suffered sexual abuse at the hands of her uncle, since he took over as legal guardian after the death of his father. She receives an invitation out of pity to a birthday party. When no one is there to pick her up afterward, her classmate, Claire and Claire’s father offer to drop her home. Along with them is Claire’s friend Marcia. The girls wait inside the car for Claire’s father, but a stranger boards the vehicle. We see that he has already subdued Claire’s father. The man kidnaps all three girls.

The kidnapper turns out to be Kevin Wendell Crumb, who suffers from dissociative identity disorder (DID). His therapist, Dr. Fletcher, has managed to identify 23 different personalities in him already. In Kevin’s mind, the personalities sit around in chairs, waiting for Barry, the dominant personality to allow them to come forth into the light. This is when specific personalities can gain control. Kevin’s physiology also changes when these personalities take over. It turns out that Barry has been denying control to two personalities, Dennis and Patricia, since Dennis bothers underage girls, while Patricia is just unlikable. They also seem to worship someone called the Beast. Dr. Fletcher finds that she can bring back Kevin’s own personality by saying his full name.

Dennis locks the girls and soon enough they realize his mental condition. The girls attempt to escape but are apprehended. Meanwhile, Kevin continues to go to work and keeps up his appointments with Dr. Fletcher. Fletcher realizes to her horror that Dennis has displaced Barry as the dominant personality and more is revealed about Kevin’s troubled childhood, his relationship with his mother and his formative sexual experiences that caused a crack in his psyche.

Meanwhile, Marcia attempts to escape but Patricia apprehends her and separates her from the others. Meanwhile, Casey befriends Hedwig. She attempts to escape as well but to no avail. By this time, Patricia takes over and subdues her. Fletcher visits Kevin’s home and hears from him that he has met the Beast. She begins to suspect that Dennis might have kidnapped the girls to sacrifice to the Beast. She feigns visiting the bathroom and manages to find Claire. However, Dennis sedates Fletcher and locks her up to cover up the crime.

Dennis finally allows the 24th personality of the Beast to come to the light and Kevin gets superhuman abilities from this personality. Fletcher manages to write Kevin’s full name before the Beast arrives and kills her. To Casey’s horror, she sees the Beast devour Marcia and Claire. When the Beast is about to attack her she understands why Fletcher had written Kevin’s name down and calls out the full name, giving Kevin control. Horrified at seeing his own mental state in shambles, Kevin offers to have Casey kill him with a shotgun. This prompts a fight among all the personalities for control. Hedwig takes over and puts Kevin to sleep so he cannot kill himself. Then control is given back to the Beast. Casey tries to shoot the Beast but to no avail. However, when the Beast finally corners her, he sees marks of self-harm and deems Casey to be pure, thus releasing her.

As Casey is rescued, we see Dennis, Patricia, and Hedwig discussing the power of the Beast and their plans to cleanse the world of impurity. Towards the end of the movie, Kevin has been named the Horde by the people. David Dunn, the hero from ‘Unbreakable’, reappears to remind others that a similar criminal had been incarcerated 15 years ago, by the name of Mr. Glass.

Is Split on Netflix?

Netflix has an amazing collection of movies and television shows that sets it apart as a premier content provider. While ‘Split’ is not on the platform, you can watch ‘Gerald’s Game‘ in case you are in the mood for a good psychological horror, crafted by Stephen King himself.

Is Split on Hulu?

Hulu has a fantastic collection of movies and television shows that the platform keeps making smart additions to in order to stay ahead of competitors. While ‘Split’ is not on the platform, you can check out ‘Unbreakable‘, the first film of the trilogy.

Is Split on Amazon Prime?

Amazon Prime has an enviable collection of movies and television shows that can perhaps only be beaten by Netflix. While ‘Split’ is not available as is to Prime subscribers, you can rent or buy and stream the movie on the platform. It costs $3.99 to rent, while you can buy the SD version for $9.99 and the HD version for $14.99. Check it out here.

Where Can I Stream Split Online?

No subscriptions to the major platforms? No worries. You can still stream ‘Split’. Head over to YouTube, Vudu, and FandangoNow, where you can rent or buy the movie. All sites let you rent it for $3.99 while the purchasing prices vary. We recommend renting.

Can I Stream Split Online For Free?

Unfortunately for freeloaders, there is no legal way to stream ‘Split’ for free. Moreover, we urge readers to pay for the art they consume.