Spy Games S02: Everything We Know 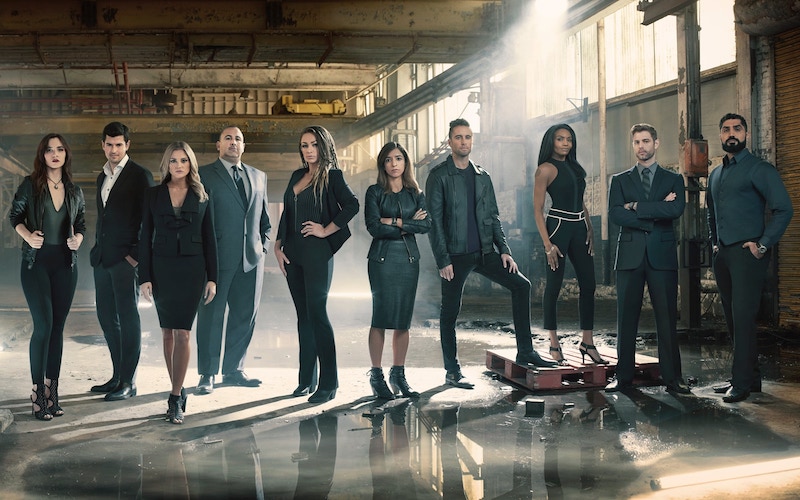 Each one of us has fantasized about being a spy while watching ‘James Bond’ or any other spy film. You’d be lying if you say you didn’t. Well, some lucky ones received this opportunity to live their fantasies, through Bravo’s offering, ‘Spy Games.’

‘Spy Games’ is a reality TV show wherein 10 random people get a chance to train as a secret agent. The contestants are taken to an isolated location where they live under one roof and battle it out by performing various tasks and keeping secrets, to become the ultimate winner and take home the grand prize. The show also features professionals who supervise the everyday activities of the contestants.

Inspired by a real-life World War II program ‘Station S,’ the reality competition has been created by Kinetic Content CEO Chris Coelen, who is known for ‘Married at First Sight’ and ‘Little Women: LA.’

‘Spy Games’ garnered a lot of buzz for its unique concept that resembles the super successful reality series ‘Mole.’ Plus, the whole “living in a mansion” thing is highly similar to ‘Big Brother.’ As a result, its inaugural installment received favorable reviews from viewers. Here’s all we know about ‘Spy Games’ season 2.

As far as another season goes, the producers have hinted that they have a new installment in mind. EP Eric Detwiler had even stated during an interview that they plan to introduce some new game rules to the format. So, they had never conceptualized it as a one-off.

But a final decision will certainly also depend on the ratings. If everything goes well and Bravo renews the show, Spy Games season 2 should most likely premiere sometime in January 2021.

Mia Kang is the game host and Douglas Laux, Evy Poumpuras, and Erroll Southers are the assessors.

Mia Kang is a supermodel and martial art expert. Her achievements include: winning a pro-Muay Thai fight by securing TKO in the 3rd round; being the only woman in Hong Kong to have her face in the Sports Illustrated Swimsuit Issue; and if that’s not enough, she also possesses a master’s degree in Finance and Financial Law.

The Assessors shape the contestants by teaching them the tricks and techniques for counter-terrorism and assigning tasks that demand going undercover.

Douglas Laux is a former war zone CIA officer, with over 10 years of experience. He is known for his service as an undercover agent against the Al Qaeda and Taliban and Al Qaeda. He is also the creator of Discovery’s ‘Finding Escobar’s Millions.’

With a 12-year experience in the US Secret Service, Evy Poumpouras, is national TV contributor and writer, mostly covering criminal justice and national security. You may also know her from ‘The Hunted.’

Former FBI Special Agent, Erroll Southers has set a benchmark by spending most of his life, working undercover for SWAT, Foreign Counterintelligence, and Terrorism. He is known for donning the hat of a gang expert in the police department, Deputy Director of Critical Infrastructure Protection for the California Office of Homeland Security (2004), and a Homeland Security course professor at USC.

The contestants come from different backgrounds, professions, age groups, and places. In season 1, we meet 10 contestants, who are:

Toward the end, Brock, Chelsey, and Christina end up as the final three who compete in the finale.

Season 2 will definitely feature a different set of participants. But we can expect Mia Kang, Douglas Laux, Evy Poumpouras, and Erroll Southers to resume their original roles.

What is Spy Games about?

‘Spy Games’ follows 10 people, who are transported to a remote area where they are asked to live in a secluded mansion. With no prior experience in the field, the contestants receive hardcore training from spymasters who prepare them for various tasks to come. They live like spies, without even worrying about the consequences in case they get caught. No death. No jail terms. Basically, they’ve got nothing to lose but a huge sum to gain.

The show features 3 Assessors, who are experts from intelligence services like the CIA, FBI and Secret Service. The Assessors introduce several tasks and missions to shake the will power of the participants, in order to ascertain the people who actually deserve to stay in the game.

As the show progresses, one contestant is sent home after each task, via elimination, establishing the fact that only the toughest, mentally and physically, survives the espionage competition. The driving force for the contestants is the handsome prize money of $100,000.

While we wait for an update on season 2, you can check out the official first look for ‘Spy Games’ season 1 here!