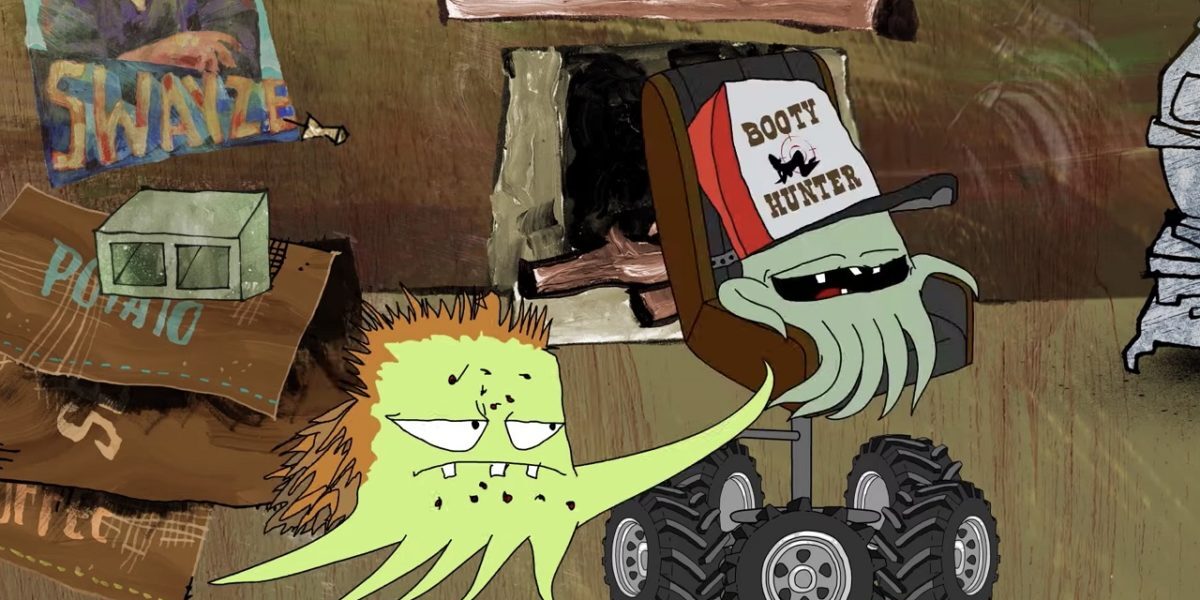 Created by Jim Fortier, Matt Maiellaro, and Dave Willis, ‘Squidbillies’ is an adult animated series that first released on October 16, 2005. It follows the Cuyler family, an anthropomorphic clan of mud squids that are deprived of basic amenities as they reside in the Blue Ridge Mountains in Georgia. The family is hugely affected by Early’s alcoholism, who takes out his frustration upon the rest of the members. His teenage son, Rusty, wants his father’s constant validation while his mother and grandmother fall prey to Early’s worst outpours. Meanwhile, Early’s sister Lil is always seen thriving in a stretch of her own vomit.

In the twelfth edition, we see Early barging into Rusty’s business which entails effective action on the latter’s part. After a controversy related to Unknown Hinson, resulting in the voice actor being debarred from the show, the series is about to release its thirteenth and last season. So, if you want to know what the first episode of season 13 could reveal, we have you covered!

‘Squidbillies’ season 13 episode 1 will release on November 8, 2021, at 12 am ET on Adult Swim. The second installment of the ten-episode season will air immediately after the first one. New episodes air every Monday.

To watch the season 13 premiere of ‘Squidbillies,’ tune in to Adult Swim at the date and time mentioned above. If you miss the television broadcast, check out the released episode on Adult Swim’s official website or the Adult Swim app. You can also live stream the episode on DirecTV, Sling TV, Hulu+Live TV, YouTube TV, Spectrum, and Xfinity. Moreover, fans can watch the previous seasons on video-on-demand platforms, namely iTunes, Amazon Prime Video, Microsoft Store, Google Play, YouTube, and Vudu (volumes 10-13). Viewers who own a subscription to HBO Max can watch the show here.

The first episode of ‘Squidbillies’ season 13 is titled ‘Let ‘er R.I.P.’ It will take off with the Roadkill Rembrandt riding again. We will see Early headed somewhere sitting on a dog. He will be accompanied by Bubba and the other characters. We will also be seeing Tammi, Stripper, and Leroy on their adventures.

Besides, viewers can experience footage of explosions at Bubba’s Discount Burials and random strip club encounters. As the Cuylers prepare for a ride off into the sunset, you can expect to see some down-home country wisdom and an unexpected surprise. Things will also go wrong for Rusty after he shows up late for work and digs a grave while the funeral would have already started. Here is a preview for the upcoming season!