Will There be a Stan Against Evil Season 4? 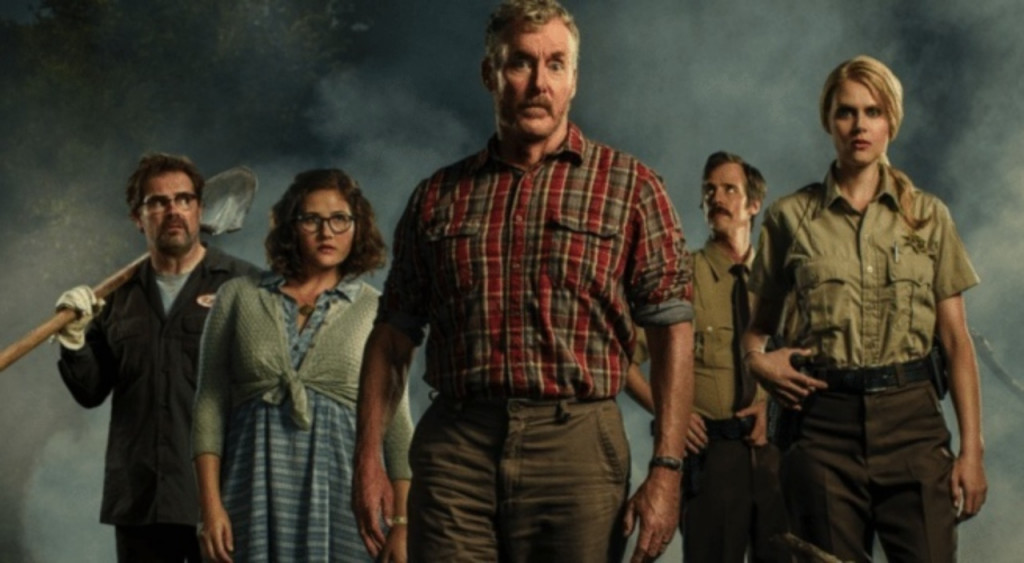 Stanley came back with some demon ass-kicking on ‘Stan Against Evil’ in its third installment. This horror/comedy genre series has found its niche from first season itself that slowly grew into a strong fanbase. At first, I dismissed it as being some cheap comedy flick but the more I watched it, more it grew on me. The episodes started to get funnier. Maybe due to the short runtime of individual episodes is the reason why it took some time to create an impact.

On Rotten Tomatoes the first season has a 67% approval rating. The site’s critical consensus reads: “Stan Against Evil is a light, gruesome horror-comedy with a fun premise, but the series has yet to solidify its tone and characters

The show first premiered on IFC on October 31, 2016. Season 2 aired in November 2017 and season 3 in October and November 2018. After three moderately successful seasons, on January 25, 2019, series creator Dana Gould announced IFC had officially cancelled the series.

Stan Against Evil Cast: Who is in it?

The cast of ‘Stan Against Evil’ is led by John C. McGinley stars as Stanley Miller and Janet Varney as Evie Barret. Other actors in major roles are Deborah Baker Jr. and Nate Mooney as Denise Miller and Deputy Leon Drinkwater respectively.

In addition to this, there were some newcomers in season 3. Scott Adsit played a character named Bill who is a demon plumber. Maria Bamford starred as Nurse Pickles. Eddie Pepitone portrayed the character of Lenny. Christopher Mintz-Plasse played the role of Zach and Matt Braunger starred as Dr Barlow.

Stan Against Evil Plot: What is it about?

A huge cliffhanger was left at the end of season 2 when Stan messed up. He left the portal which connects the world leading to the world of dead open. This complicated a lot of things and put the safety of Willard’s Mill in jeopardy. Season 3 resumes from this point onwards. We see the struggles faced by Stan and Evie as they desperately try closing the portal. Also, they need to save all the souls which were lost as a result of Stan trying to save his wife and season 3 covers that as well.

With the way season 3 ended, Gould shared his thoughts on how Stan Against Evil could go whichever way they desired. “If I’m fortunate enough to have a season 4, we have a really clean slate to go anywhere we want, and that’s very exciting,” he said. “I don’t like to repeat myself and I’m very proud of the fact that I don’t think we have repeated ourselves. Hopefully, people will come along for the ride.”

‘Stan Against Evil’ season 3 released on October 31, 2018, the Halloween night. It came to an end on November 21, 2018 after 8 episodes. Over the three seasons, the had slid down in viewership, but still fans were hoping that the show will get renewed. In fact, creator Dana Gould even shared his excitement for season 4, calling Stan Against Evil his dream job and that he already has plenty of ideas in mind for season 4. “This is the show I’ve always wanted to do. I’ll never ever have another job where I get to indulge my fanboy side as much as I do here. It is literally the perfect job. If we come back for a fourth season I can guarantee that we’ll do a musical episode,” he said. “We will do a parody of the cornfield hunt from The Planet of the Apes. It’s a beautiful vehicle to do different genres and explore different things.”

Unfortunately for the fans and Gould, on January 25, 2019, IFC cancelled the show. So, ‘Stan Against Evil’ season 4 is not happening, unless, of course, if some other network picks the show.

While you await any positive news on season 4, here’s season 3 trailer to refresh your memories.