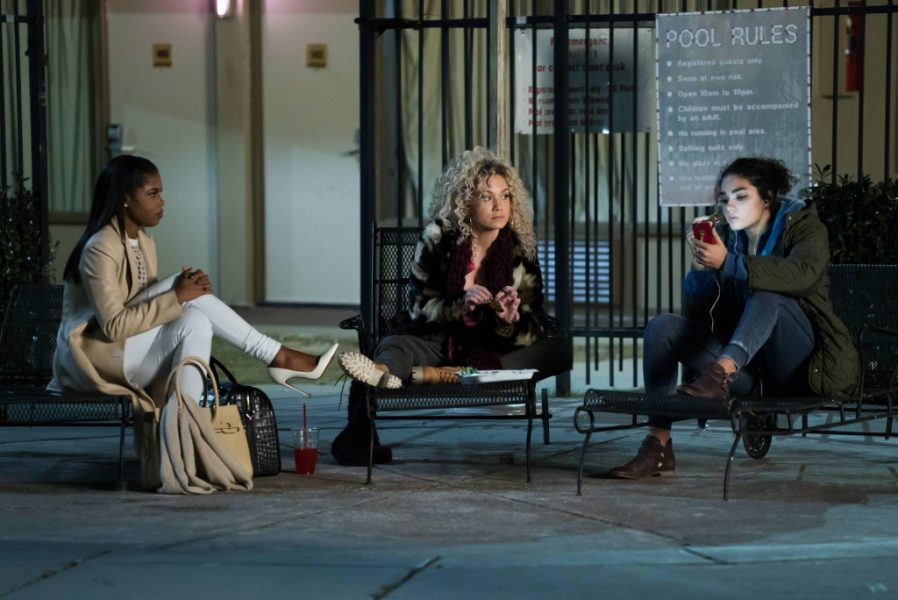 Among the list of the many musical and teen dramas out there, ‘Star’, a show created by Lee Daniels and Tom Donaghy, stands out. The story is about three talented teenage singers who navigate the complicated and ruthless music industry in a bid to achieve their dream of becoming professional singers. This show, which has an original soundtrack, is for music lovers who like a pinch of drama. The show is produced by Michelle Fowler and was originally aired on Fox on December 14, 2016. Later, on February 22, 2017, Fox renewed the show for a second season, which premiered on September 27, 2017. A year later, on September 26, 2018, Fox released the third season of this popular show. Now fans are waiting for season 4. Here’s everything we know about it.

Star Cast: Who is in it?

‘Star’ is basically a teen musical show which revolves around three teens with dreams of musical glory. In the show, Jude Demorest takes up the role of the titular character, Star Davis, an 18-year-old orphan who leaves her foster home in Pittsburgh to pursue her dreams of becoming a singer. With a strong urge to carve out a career in the music industry, Star eventually forms a professional R&B/Pop band, Take 3. The group consists of her half-sister Simone Davis, and her friend Alexandra Crane. Brittany O’Grady plays the role of Star’s younger half-sister, 16-year-old Simone. Star rescues Simone from sexual abuse at the hands of the latter’s foster father, and the sister duo flee Pittsburgh to pursue their dreams in Atlanta, Georgia.

Meanwhile, Ryan Destiny plays the role of Star’s Instagram friend and muse, 19-year-old Alexandra aka Alex. Born into a wealthy family in New York, Alex, too, joins Star and Simone in their quest to become singers, as she looks to escape the shadow of her controlling parents.

The story is primarily about these three characters and revolves around the creation and progress of their musical act, Big Trouble, which later goes on to be called Take 3. Other characters who get considerable screen time are Carlotta Brown (played by Queen Latifah), Carlotta’s trans daughter Cotton (played by Amiyah Scott), Derek (played by Quincy Brown), Miss Bruce (played by Miss Lawrence), and Jahil Rivera (played by Benjamin Bratt).

Amiyah Scott, however, deserves a special mention. When ‘Star’ first premiered, Scott scripted history by becoming the third openly transgender person to play a major transgender character (Cotton) in an American scripted TV show. Laverne Cox from ‘Orange is the New Black’ and Jamie Clayton from ‘Sense8’ are the only two people to have achieved this feat apart from Scott.

Star Plot: What is it about?

The plot of ‘Star’ revolves around aspiring singers Star and Simone, and singer/songwriter Alex, and their journey towards musical stardom. While Star and Simone come from a background of hardship, Alex leaves behind her sheltered life of comfort. Together, the trio embark on a journey to fulfill their dreams and make it big in the music industry.

After Star, Simone, and Alex get to Atlanta with the hopes of kicking off their careers in the music industry, they meet up with Carlotta, Star’s godmother and the owner of a beauty salon. While Carlotta plays a major role in mothering the three girls, her trans daughter Cotton, and talent manager Jahil, also feature extensively in the show in supportive roles.

However, as the show progresses, it becomes abundantly clear that the journey towards musical stardom requires sacrifices, both big and small. Throughout their journey, the three protagonists find themselves facing an array of complications, including their own personal issues, addiction problems, difficult families, and a range of other obstacles. They also have to come to terms with the ruthless competition that characterizes the showbiz industry.

Despite their difficulties, the trio trudge on and begin their musical careers with their act, Big Trouble. Braving the ruthless industry and their troubled pasts, the three girls eventually start making a name for themselves as upcoming singers. They go on to win notable competitions, and their rising popularity finally lands them a deal with a record label, at which point they change their band’s name to Take 3 and achieve their dream of becoming professional singers.

Yet, with stardom, the trio increasingly come to realize the difficulties in navigating the unforgiving music industry, and the sacrifices required to stay relevant and on top. With personal costs rising, the girls also find themselves at perpetual war with other competing bands and musicians. As they struggle to maintain their relevance and their stardom, Star, Simone, and Alex realize the harsh reality about their fantastical dreams. They realize that stardom comes at a cost, and begin to question whether that cost is too high to pay.

Star Season 4 Release Date: When will it premiere?

After ‘Star’ season 1 premiered in December 2016, it enjoyed considerable success, which led to Fox releasing season 2 in September 2017. Season 2, also, saw encouraging viewership, and Fox, on May 10, 2018, renewed ‘Star’ for a third season, which premiered on September 26, 2018.

As far as the next season goes, we have bad news for the fans. On May 10, 2019, Fox announced the cancellation of the show. The news certainly comes as a surprise, especially, considering ‘Star’ was one of the highest rated shows on Fox. Though, fans should not lose all their hopes. It has been reported that producers are looking for other network to pick up the show. If that happens, we will update you about ‘Star’ season 4 release date.

While we wait for any positive news on Star season 4, check out the season 3 trailer to refresh your memories. If you haven’t seen the show yet head over to Fox to catch all the episodes of the previous seasons.