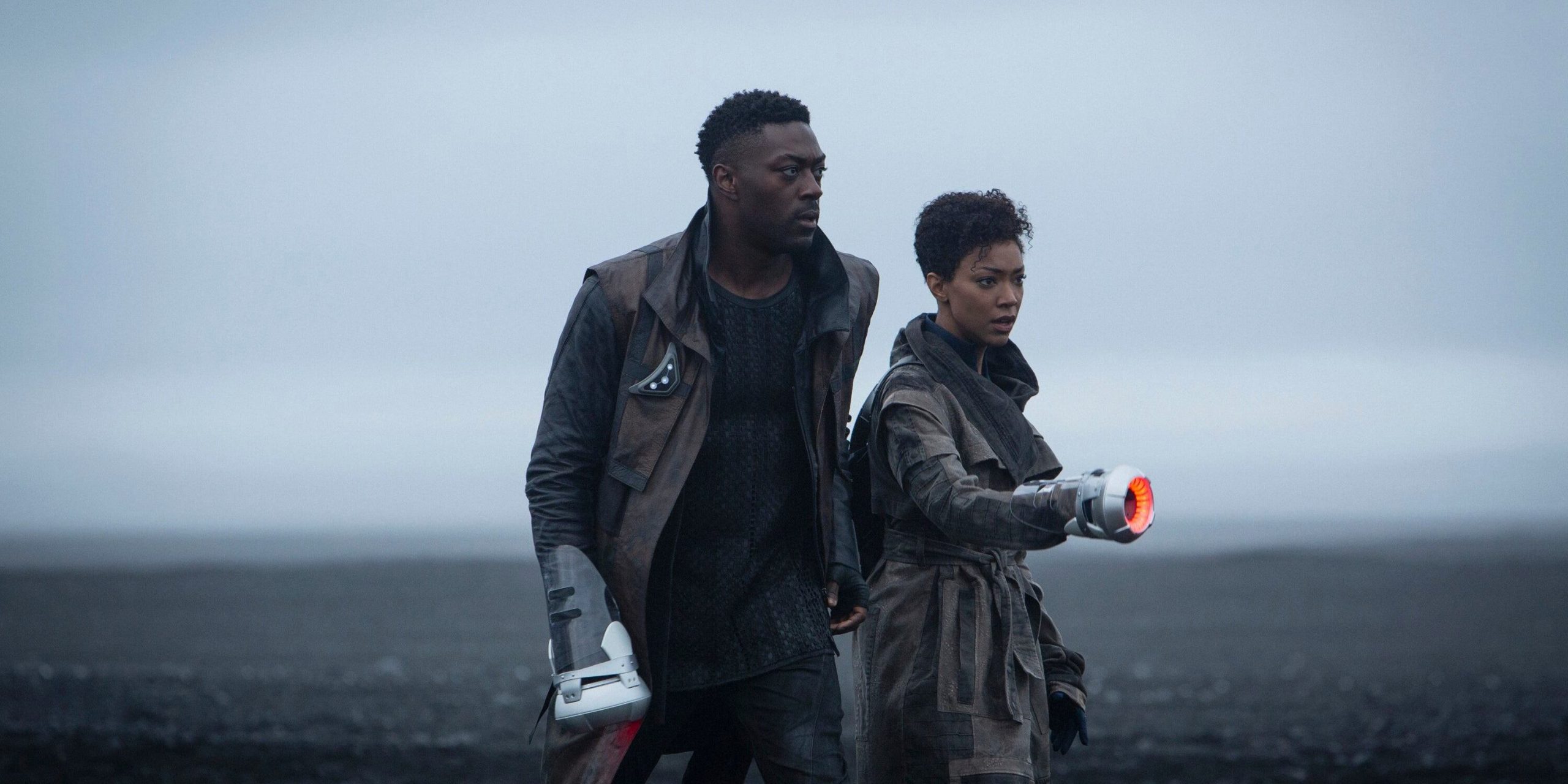 Upon its premiere in September 2017, ‘Star Trek: Discovery’ earned the stamp of approval from the Trekkies, owing to its ambitious premise, high production values, well-rounded characters, and compelling performances from its main cast, especially Sonequa Martin-Green. The seventh series in the ‘Star Trek’ franchise picks up ten years ahead of the events of the original (1966) and tells the story of the U.S.S. Discovery (NCC-1031) as they embark upon multiple voyages into the infinity of space.

Over two seasons, the space adventure series has won several accolades, including a Primetime Emmy Award for Outstanding Prosthetic Makeup for a Series, Limited Series, Movie or Special. Well, after a gap of nearly two years, the Bryan Fuller and Alex Kurtzman creation is back to grace our television screens with an all-new season. Now, you must be wondering about what goes down in the season premiere, i.e., ‘Star Trek: Discovery’ season 3 episode 1? Well, we are here to help you with that.

‘Star Trek: Discovery’ season 3 episode 1 will release on Thursday, October 15, 2020, at 3 am ET, on CBS All Access. Following the premiere, the remaining installments in the 13-episode series will roll out weekly and drop every Thursday, until the season finale on January 7, 2021. Outside of the U.S., the show is set to premiere a day later, i.e., on October 16, 2020, at 3 am ET on Netflix.

You can watch ‘Star Trek: Discovery’ season 3 episode 1 on CBS All Access’ official website and on the CBS All Access app, at the aforementioned time. International users can stream the show on Netflix, the subsequent day. In case you don’t have a subscription, you can watch the show by purchasing the episodes on Amazon Prime. You can also stream the show on DirecTV, and Fubo TV. ‘Star Trek: Discovery’ is also available as a VOD service on YouTube TV.

What to Expect From Star Trek: Discovery Season 3 Episode 1?

The episode is titled ‘That Hope is You, Part 1.’

Season 3 will pick up right from the ending of the second season. In the season 2 finale, Discovery follows Burnham into the wormhole as she sets a sixth signal for them to trace, promising the seventh signal. However, the crew members of the Enterprise break it to Starfleet that Discovery has most likely been destroyed. Tyler assumes the mantle of Section 31. A few months later, Enterprise spots a movement in the seventh signal. The third season will surely be unpredictable, mainly because of the time jump of over 930 years into the future – the 32nd century, to be specific.

After the debacle, the crew lands in 3188, in an unknown location, far away from the place they call home. In the season premiere, we can expect the U.S.S. Discovery crew, to map out a plan to fulfill their mission and revive hope to the Federation. Once Captain Burnham reunites with the rest of the Discovery crew, they might band together with fresh recruits for the sake of their goal. It might also shed light on who among Burnham and Saru are proficient enough to fill the Captain’s chair.

It marks the debut of Blu del Barrio and Ian Alexander as Adira and Gray, respectively. The universe’s first non-binary character – the smart and sassy Adira – might strike a close friendship with Lt. Commander Paul Stamets and Dr. Hugh Culber, as they navigate their path in the new environment. Ian Alexander’s character Gray is the first transgender character on the show, who aspires nothing more than to become a Trill host. Both the actors channel their true identities through their respective characters. So gear up with your wine and popcorn for this is going to be a wild ride. Check out the first look promo below!