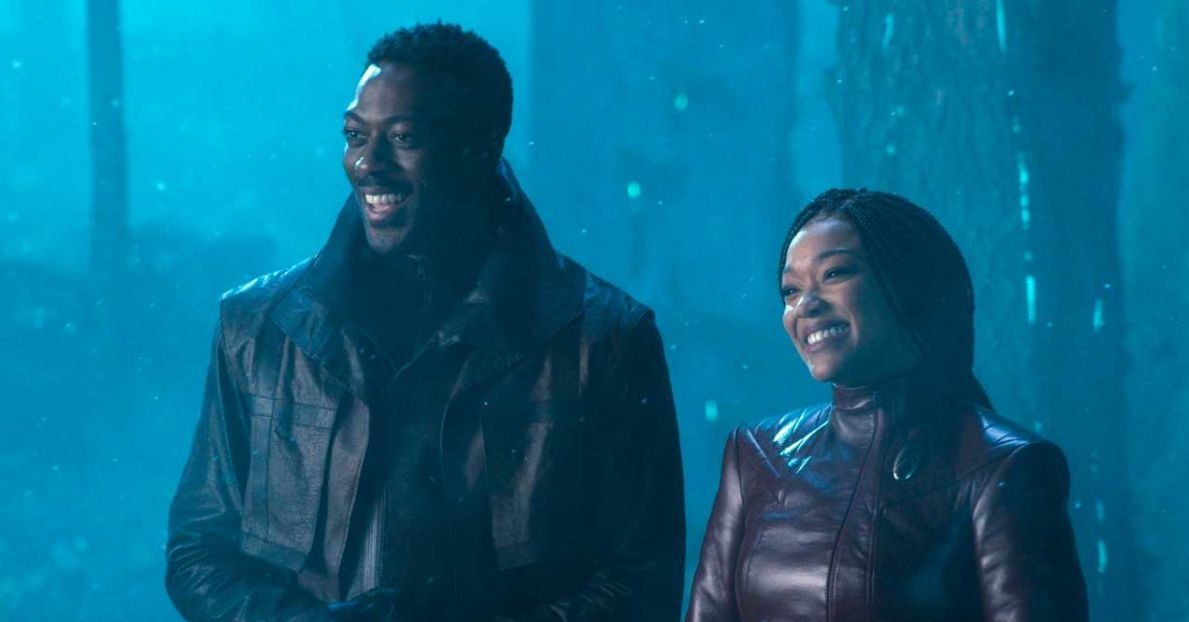 In the latest episode of ‘Star Trek: Discovery,’ Starfleet is worried about its mission being sabotaged by outsiders. Sure enough, problems arise as Burnham charges into the face of danger in order to investigate the source of the disturbance. Meanwhile, the observations about the anomaly are presented to scientists of a different civilization that turns out to have ties with the group that sabotages Starfleet’s mission. For a clear idea of what happens in episode 3, you can read the recap we have laid out. Now, we’re here to tell you all that we know about episode 4!

‘Star Trek: Discovery’ season 4 episode 4 is slated to premiere on December 9, 2021, at 3 am ET on Paramount+. The streaming platform releases new hour-long episodes on a weekly basis.

‘Star Trek: Discovery’ season 4 episode 4 is available to stream on Paramount+ and CBS All Access app at the aforementioned time and date. You can also watch the show by purchasing the episodes of the fourth season on Amazon Prime Video. The previous seasons are available for streaming on-demand on iTunes, Vudu, and Microsoft Store. You can additionally catch the show on DirecTV, Xfinity, and Fubo TV. ‘Star Trek: Discovery’ is also available as video-on-demand on YouTube TV.

The fourth episode of ‘Star Trek: Discovery’ season 4, titled ‘All Is Possible,’ might shed more light on the lives of the thieves of Ni’Var, who use Burnham and Tilly’s help to reach their new homeworld. On the other hand, the Discovery also requires help from the scientists of the tribe that has also generated this defiant gang of robbers. So we can expect new information about the anomaly to pop up if the rapport between the Discovery and Ni’Var does not fall apart.

Episode 3 of ‘Star Trek: Discovery’ season 4 is titled ‘Choose to Live.’ In the episode, we see the United Federation and Starfleet trying to recover from the detrimental effects of the Burn. The resurgent organization is plagued by an undefined anomaly that even USS Discovery can’t explain or analyze. Meanwhile, Starfleet is worried about the outsiders targetting their shipments of dilithium addressed to a few allies.

The USS Credence is on a mission to deliver dilithium to a civilization rejoining the United Federation. However, they are attacked by a hooded group of thieves who eventually leave with the dilithium. Admiral Vance identifies the leader of the group as a citizen of their ally Ni’Var, the revamped version of the Vulcan-Romulan homeworld. However, Starfleet had installed a tracker in the dilithium, which could lead them to the thugs.

The head of the Qowat Milat, Gabrielle Burnham, gets involved because the leader of the thieves is acquainted with her. Rillak informs Burnham that they need Ni’Var in the Federation because of their intellect. Paul Stamets presents the observed data of the anomaly to the Ni’Var Science Academy, but the scientists are not satisfied with the data collected. Gray’s consciousness finally inhabits the synthetic body Doctor Hugh Culber has prepared for him while Sylvia Tilly joins Burnham on the mission with the Qowat Milat.

After a hoard of challenges and a single death, the team realizes how these thieves have set up base on the moon using dilithium to power it. The landing party is ambushed, and the leader of the thieves claims to have valuable latinum in their possession, an item coveted by the most notorious robbers. So, they need dilithium to protect themselves until they reach their new homeworld. Burnham ultimately reunites with Book, who is recovering at the Discovery.