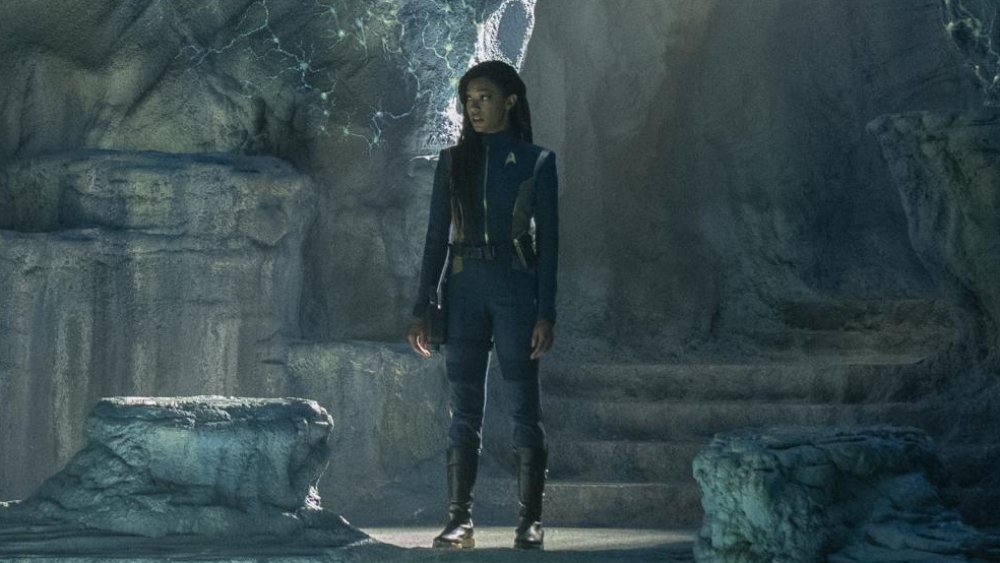 In this week’s episode of ‘Star Trek: Discovery,’ things get exciting for Tilly and Adira, who are assigned as the new mentors to a group of cadets hailing from the reestablished alliance. However, they encounter a life-threatening challenge during training prompting Kovich to make an important decision. For more on the fourth episode, head to the recap section at the bottom. In case you are updated and are curious to know the details of ‘Star Trek: Discovery’ season 4 episode 5, we have got your back!

‘Star Trek: Discovery’ season 4 episode 5 is slated to premiere on December 16, 2021, at 3 am ET on Paramount+. The streaming platform releases new hour-long episodes on a weekly basis every Thursday.

‘Star Trek: Discovery’ season 4 episode 5 is available to stream on Paramount+ and CBS All Access app on the aforementioned time and date. You can additionally catch the show on DirecTV, Xfinity, and Fubo TV. ‘Star Trek: Discovery’ is also available as video-on-demand on YouTube TV. Another option is to purchase the episodes of the fourth season on Amazon Prime Video. The previous seasons are available for streaming on-demand on iTunes, Vudu, and Microsoft Store.

In the fifth episode, things are going to change now that Ni’Var is a member of the Federation. Their intellectual assistance is largely sought after by Rillak and the Council to better understand the workings behind the catastrophic anomaly. Besides that, Tilly’s departure might also make a huge impact on Burnham’s life in the vessel. We can also expect to see more action brought along by a sudden invasion or enemy attack, which is a common sight in the show at this point.

In the fourth episode, titled ‘All Is Possible,’ Discovery kickstarts its joint mission with the Qowat Milat while Ni’Var has solidified its reentry back unto the United Federation. In the meantime, the Starfleet vessel is not in good shape. Burnham advises the crew to take some time to recuperate while she inaugurates Ni’Var’s inclusion back into the Federation. Burnham is asked to fill in for Admiral Vance, who has been feeling under the weather.

Tilly and Adira are forced to serve as mentors for the new Starfleet Academy, but the recruits end up feeling uncomfortable because of the variety in the number of species participating. Although Kovich is determined to overcome this problem, a training mission falls apart when the vessel carrying Tilly, Adira, and the cadets crashes in a faraway zone. It is further attacked by an energy-sensing beast which compels Tilly to contact a nearby ship for assistance.

Although Ni’Var is now a member of the Federation, President T’Rina wants an exit clause in case they are bound to leave the alliance. Federation President Rillak considers it a threat to his vision, so Ni’Var begins to reconsider its membership. As they slowly traverse their way back, Tilly and Adira try to resolve the difference between the cadets. A few moments later, the USS Armstrong finally comes to their rescue, after which Kovich decides to offer Tilly a teaching position at Starfleet Academy.

To alleviate the existing friction between Ni’Var and the Council, Burnham plants herself as a mediator. Her interference finally works in favor of Ni’Var joining the Federation once again. Although Burnham is happy about the result, she calls Rillak out for not being fully honest about administrative matters. In the end, she has a conversation with Tilly, who realizes that the opportunity to teach at Starfleet Academy might just be what she needs. Even if she leaves, she will always return if her old friend ever needs help.