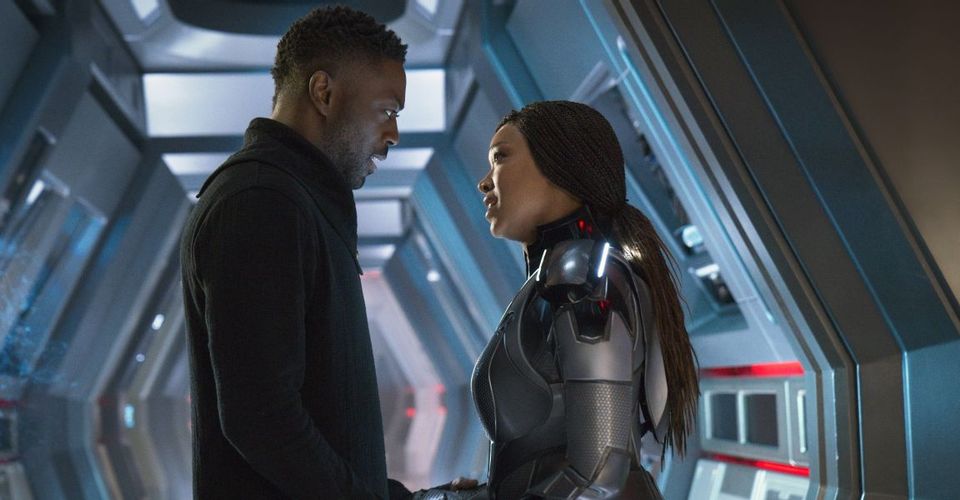 In the latest episode of ‘Star Trek: Discovery,’ the anomaly causes a new problem for the Starfleet vessel. As a result, the starship experiences disastrous damage that affects the crew’s survival. Zora realizes something interesting about herself while Book’s deteriorating condition allows them to dive deeper into the study of the anomaly. If you’re curious to know what happens next, take a look at the recap. Now, without further ado, we’d like to disclose everything we know about episode 7!

‘Star Trek: Discovery’ season 4 episode 7 is slated to premiere on December 30, 2021, at 3 am ET on Paramount+. The streaming platform releases new hour-long episodes on a weekly basis every Thursday.

‘Star Trek: Discovery’ season 4 episode 7 will be available to stream on Paramount+ and CBS All Access app on the aforementioned time and date. You can additionally catch the show on DirecTV, Xfinity, and Fubo TV. ‘Star Trek: Discovery’ is also available as video-on-demand on YouTube TV. Another option is to purchase the episodes of the fourth season on Amazon Prime Video. The previous seasons are available for streaming on-demand on iTunes, Vudu, and Microsoft Store.

The Discovery might move one step closer towards locating the anomaly in the seventh episode of season 4. As Saru puts it, the data taken from the study of the anomaly’s latest attack could help them narrow down the coordinates of its origin. Meanwhile, we could also see Zora utilize her newfound capabilities to their maximum limit and alert the starship whenever she senses danger looming ahead.

The sixth episode, titled ‘Stormy Weather,’ starts with the USS Discovery putting its survival under threat by exploring a tear caused by the anomaly. As a result, some of the members die. On top of that, Adira Tal realizes that the anomaly has transformed the characteristics of subspace itself. Burnham immediately takes control of the spore drive, but it doesn’t work. However, Book will recover from the blow he endured.

Zora begins to get in touch with her sensory side and detects a breach on the hull caused by the rift in the subspace. Cortez is now dead because of that, and Zora feels extremely guilty. Burnham then asks her to take it easy and stay as vigilant as possible. Culber and Stamets analyze Book’s condition and realize that the energy he has absorbed from the spore drive is associated with the anomaly. They ultimately deduce that the anomaly was created by an entity that thrives beyond the confines of the galaxy.

Burnham and Zora take the initiative to escort the Discovery out of the rift despite the starship experiencing major strain. Burnham consequently loses her consciousness and later wakes up in sickbay after everyone returns safely. Meanwhile, Burnham is glad to see Zora acknowledging her crewmates as her family. From the data derived from the study of the rift, Saru ultimately reassures that they might be able to track the coordinates to the origin of the anomaly.