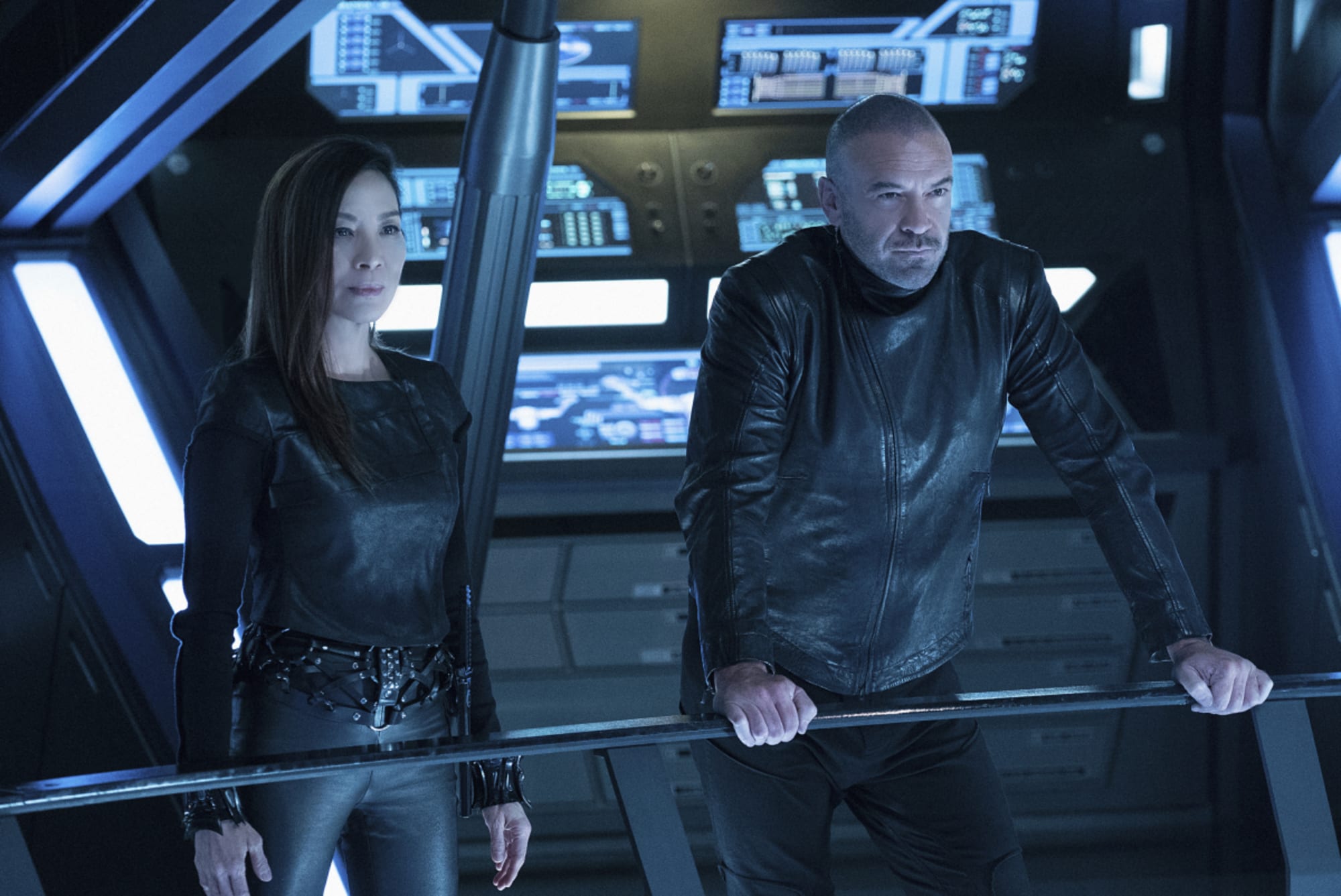 Created by Bryan Fuller and Alex Kurtzman, ‘Star Trek: Discovery’ is a science fiction series that revolves around the adventures of Captain Burnham and the crew of the starship Discovery. Set a decade before ‘Star Trek: The Original Series,’ the seventh series in the franchise revolves around the Starfleet officer and her crew as they come across new worlds and life forms on their journey.

The science-fiction adventure drama originally premiered on September 24, 2017, simultaneously on CBS and CBS All Access (now known as Paramount+). Starting with season 4, the show moved entirely to CBS’ streaming platform Paramount+. Thanks to the legacy of the franchise, ‘Star Trek: Discovery’ opened to lots of love and praise from fans and critics. Over its four seasons, the series has welcomed newer fans on board and gained a much stronger following. So, if you are one such fan looking for details about season 5, allow us to share with you what we have found!

With regard to the fifth installment of the fan-favorite series, here is all the information we have. Being one of the most-watched original series on Paramount+ along with ‘Star Trek: Picard,’ it is evident that the streaming platform relies heavily on the success of this show to attract new subscribers. So, it is no wonder that ‘Star Trek: Discovery’ was renewed for the fifth round on January 18, 2022.

In an interview in March 2022, one of the executive producers Olatunde Osunsanmi revealed that the team is currently in the very early phase of preparation as far as season 5 is concerned. Moreover, the upcoming installment is slated to have just ten episodes, making it the shortest season of the series so far. However, an exact release date for the season 5 premiere is yet to be announced.

Much like season 4, the fifth round is likely to be produced under COVID-19 regulations, which may significantly slow down the production process. So, if the cast and crew get back on set in the coming months, they could be working through 2022. Hence, we expect ‘Star Trek: Discovery’ season 5 to release sometime in Q1 2023.

Star Trek: Discovery Season 5 Cast: Who can be in it?

All the main cast members of ‘Star Trek: Discovery’ are expected to reprise their roles in season 5, including Sonequa Martin-Green (Michael Burnham), Anthony Rapp (Paul Stamets), Doug Jones (Saru), Wilson Cruz (Hugh Culber), and David Ajala (Cleveland “Book” Booker). Since Mary Wiseman (Sylvia Tilly) returned in the season 4 finale, she is expected to be back for the new installment as well.

Apart from them, it would be safe to assume that other cast members such as Oded Fehr (Admiral Charles Vance), Ian Alexander (Gray Tal), and Tara Rosling (President T’Rina) will also return. Moreover, there is a possibility that Shawn Doyle will come back in season 5 despite the supposed death of his onscreen character Dr. Tarka. If new characters are introduced, we may get to see some fresh faces as well.

Star Trek: Discovery Season 5 Plot: What can it be About?

Each season of the show tends to focus on a new threat that the Discovery crew has to deal with. The fourth season begins with Captain Michael Burnham and the rest of the Discovery crew lending a helping hand to a damaged space station. Following this, tensions keep rising as the threat over the galaxy looms large with each episode. So, Burnham and her crew have to find a way to get a hold of the situation before it is too late. The season 4 finale ends with Burnham hinting at learning more about the 32nd century and exploring all that it has to offer.

So, in the fifth round, ‘Star Trek: Discovery’ is expected to take a more philosophical approach in the style of the classic shows ‘Star Trek: The Original Series’ and ‘ Star Trek: The Next Generation.’ There is also a possibility of the series having some more action sequences occurring on Earth as the planet returning to the Federation is a significant event in the finale of the fourth season. Moreover, in the March 2022 interview, Osunsanmi teased that the upcoming edition may delve deeper into the past and the events that shaped the present of the Discovery crew.