What to Expect From Star Trek: Lower Decks Episode 1? 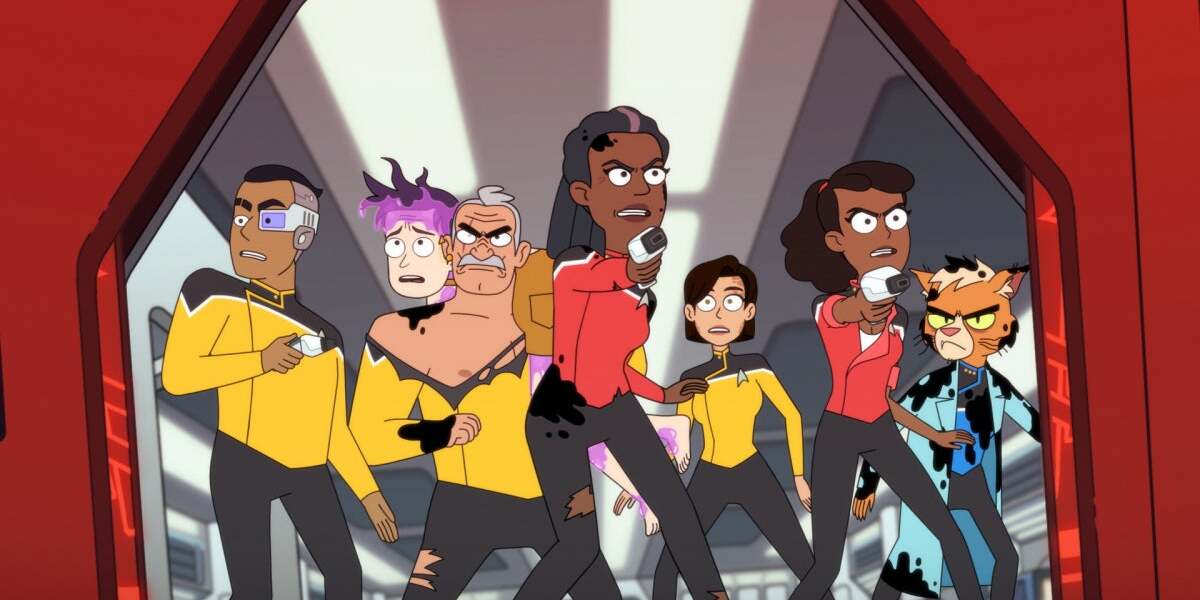 ‘Star Trek: Lower Decks’ is an adult animated television series that chronicles the lives of the crew members of a trifling Starfleet starship called the California-class USS Cerritos. Set in 2380, it showcases the wacky adventures of the people in the lower decks as they go about their day-to-day activities while striving for promotion and some fun. It is the second animated series in the ‘Star Trek’ franchise, succeeding the popular 70s show, ‘Star Trek: The Animated Series.’

The Emmy award-winning screenwriter Mike McMahan (‘Rick and Morty,’ ‘Solar Opposites’), serves as the creator of the comedy series. Now, you must be wondering about what goes down in the season premiere, i.e., ‘Star Trek: Lower Decks’ episode 1? Well, we are here to help you with that.

‘Star Trek: Lower Decks’ episode 1 will release on August 6, 2020, at 3:01 am ET, on CBS All Access. It will consist of 10 half-hour episodes, with each installment dropping every Thursday.

You can watch ‘Star Trek: Lower Decks’ episode 1 on CBS All Access’ official website and on the CBS All Access app. If you don’t have a subscription, you can watch the show by purchasing the episodes on Amazon Prime.

What to Expect from Star Trek: Lower Decks Episode 1?

The premiere episode of the animated comedy will introduce the ensigns of the support crew of one of the least significant ships in the Starfleet – Beckett Mariner, Brad Boimler, D’Vana Tendi, and Sam Rutherford. Ensign Beckett, the most enthusiastic member of the whole group, never shies away from calling a spade a spade and is unbothered by the ship politics. Beckett won’t hesitate to deviate from the rule-book to extend help to anyone in need. Her only aim is to find enough peace to savor her cheesy pizza.

Brad is an aspiring Captain who abides by the rules but is often subjected to embarrassment because of his panicky nature. Tendi works in the medical department and is always excited to learn new things while working on the starship. Rutherford is great at working with machines but is still learning to utilize his cyborg implant to the fullest. We can expect the lower deck members to spend their days engaging in tasks like taking out prison waste, assisting the senior members on the bridge, fixing the space vehicles, and other mundane tasks.

However, each member of the crew might try to impress their seniors to get a chance to jump a level up in the social hierarchy, so they are also a step ahead in achieving their ultimate goals. The cool and scrappy underdogs might receive an opportunity of a lifetime when they might be asked to join the elite members in a fight to save the lives of the residents. Throughout the series, the crew might band together and embark upon multiple space missions to exercise their duties towards their people.

Check out the promo of the episode 1 below!